The Europhiles’ icepicks are already out for Lord Frost 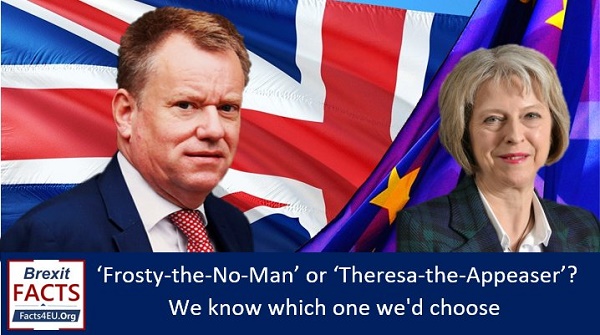 A Sunday editorial from Facts4EU.Org

In the years since the EU Referendum vote to leave the European Union, large sections of the UK establishment maintained their pro-EU stance to such a degree that sometimes it seemed that anything the EU Commission said - no matter how outrageous – must be right. Anyone standing up for the United Kingdom’s true interests as a soon-to-be independent country was almost certainly a far right, xenophobic, nationalist, Little Englander.

To this day, the idea that the UK must kow-tow to the petty bureaucrats in Brussels holds credence in many quarters, as if only the EU mandarins have access to some greater truth. These highly-indulged and unelected ideologues are only being reasonable, we are told.

The legacy of the defeatists

This toxic and defeatist narrative is not only highly dangerous, it is precisely why we now have the unworkable Withdrawal Agreement, together with a UK-EU trade deal which not only excludes 80% of the UK economy (services), it is not even working for normal goods trade either.

In essence, the Government’s argument is that it never expected the EU to act in such a hostile manner in its interpretation of the agreements reached. Well, we did.

The weak and ineffective Remainer government of Mrs May, with its Remainer civil servants bypassing every elected Brexit Secretary, defined the path that the UK took on its supposed path to independence. The legacy of that disastrous administration is being felt today, where one part of the country is still under EU law, and where we have an EU administration that still seems to think it can treat the UK as an enemy to be defeated.

Into this mess steps Lord Frost, the man who secured the best deal he could, in a last ditch attempt to “get Brexit done” as promised by Prime Minister Johnson. Would the Facts4EU.Org team have signed the ‘Trade and Cooperation Agreement’? No. And we would most definitely never have signed the appalling 'Withdrawal Agreement'.

Our position for the last five years has consistently been that the EU Commission would never agree a normal trade deal with the UK, for its own ideological and fanatical reasons. (Here is just one of many examples of our articles on this.) Neither would we ever have signed the abominable Withdrawal Agreement in January 2020. This is why Facts4EU.Org founded the ‘Go WTO’ campaign in 2018.

Nevertheless we are where we are and the question now is how best to extricate ourselves from this mess.

On 02 March Lord Frost took over the job of managing UK-EU relations from the Rt Hon Michael Gove MP. Within days he announced the unilateral postponement of elements of the agreements with the EU – something which has put Brussels into an uproar, with legal action against the United Kingdom now under way.

In Brussels, word is being put about that Lord Frost’s robust attitude is ‘unhelpful’. In our view this is welcome. It means that he is representing British interests, not the European Union’s.

Who can forget Lady Thatcher standing up to the then EU Commission President Jacques Delors with her famous "No. No. No."? 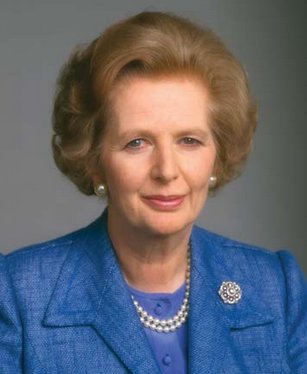 Even in the UK we are now beginning to see articles appearing in the British press from the usual suspects, questioning the wisdom of Lord Frost's appointment. Noises are being made already that he will be too confrontational, that he lacks the requisite diplomatic skills, and that he risks escalating the already-rising tensions in UK-EU relations into a full-blown diplomatic and trade stand-off.

Since the Second World War the majority of the UK Establishment has seen the decline of the United Kingdom to be inevitable - and that this is something to be “managed”. It is precisely this defeatist mentality which forms the back-drop to the attacks on Lord Frost. We consider this thinking to be lily-livered, supine, and spineless.

As proud Britons, we have a lot to be proud about (in an understated, British way of course)

According to the IMF the United Kingdom is still the world’s fifth largest economy. We are the world’s fifth largest military power. We are one of the five permanent members of the UN Security Council. We have seats at the top table of all of the world’s major institutions, and were co-founders of most of them. Our language and legal system are in use worldwide, and we punch far above our weight when it comes to science and to modern culture – particularly music, theatre, and films.

Furthermore, when it comes to the COVID pandemic our vaccine programme is the envy of the world. The UK has now vaccinated the largest percentage of its population than every other country bar Israel.

We sense Lord Frost has backbone

We feel sure that the attacks on Lord Frost will continue – out of Brussels and also from major elements of the British media and commentariat.

We very much doubt Lord Frost will buckle. And we urge the Prime Minister to continue to back him publicly at every opportunity. When the EU finally realise that a resurgent United Kingdom is on their doorstep, they will start to make pragmatic agreements. Until then the seas will be very choppy, but Her Majesty's ship is on course for rich waters.

[ Sources: IMF | ONS | Our World in Data ] Politicians and journalists can contact us for details, as ever.

Frost has been exceptional

TM is responsible for so so much damage to this country due to her Withdrawal Agreement that was deliberately designed to keep us tied to the EU. No she was not weak in negotiations, she was treacherous and that is proven by her angry comments from the back benches when last seen.

Clear who the next Prime Minitser should be-epitomises the strength and fortitude of the United Kingdom. We shall need a very strong person to represent this nation against the likes of the World Ecnomic Forum et al.

David Frost is exactly the kind of person we need representing us and holding our corner.

After the treacherous actions of Teresa May she should not still be in Westminster let alone being paid. There’s too much of this kind of thing.

I would fight fire with fire. Play them at their own game. Do we still buy over ten billion pounds worth of goods from them every month. It would be ashame if they got delayed at UK ports..🤭😉🇬🇧👍

Frost has been exceptionally thick, you meant to say.
Up until a few years ago, Frost, like Johnson, was on a highway to nowhere.
Now they've taken the entire kingdom with them.
Failing upward is a Tory speciality. Frost is a clear representative of the
one-track mind, not so clever masses. This entire right-wing crew is not very bright
but that's not surprising, given that the electorate that ushered them in didn't turn up for uni either.
The thick leading the thicker.

When a ship is sinking you are advised to swim to a safe distance depending on the displacement of the vessel. Otherwise you get sucked into the void.
So many agendas, so little road left.

9. There is no minimum safe distance from stupidity. Ships sink wherever stupidity abounds. Even rats know this.