The Bullies of Brussels have shown why Boris must walk tomorrow

For the EU this has never been about trade, only about punishment

A Facts4EU.Org explanation of why we are where we are, and what the PM must do next

Tomorrow (Sun 13 Dec) sees yet another ‘deadline’ in the interminable saga of the UK’s departure from the EU. If no agreement is reached between the two negotiating teams, well… then… well… something might or might not happen. Or they might carry on talking.

Below we give a background and perspective on the current state of affairs between the EU and the UK.

A successful UK threatens the very essence of what the EU is. Since inception, Brexit Facts4EU.Org has demonstrated in chapter and verse, using official EU sources, how the EU has always been an ideological project.

The interests of the high priests of this quasi-religious cult do not revolve around trade or the economic wellbeing of the citizens of the member countries. Instead their ‘second coming’ is the full subsuming of 27 and more individual nations into one superstate. We say “27 and more” because the EU has lined up another half a dozen (mostly very poor) countries to join as soon as possible.

The British sinners must be punished

Against this background it was always clear to us that the EU would have to punish the British people for voting to leave its totalitarian and fundamentalist project. Any other course of action could have fatal consequences for the EU, in allowing citizens of other countries to believe that they too could leave this dysfunctional grey edifice.

The United Kingdom just might become the first country truly to break free of the EU’s shackles. And for the EU, as President Hollande of France said: “There must be a price.” Or as we might rephrase it: “We must extinguish all hope.”

Below we show just three out of many examples of the hostile attitude from the EU to the UK, before the EU would even allow any talks of any kind to start.

“We intend to teach people... what leaving the Single Market means”

“This is not an amicable divorce.”

(This was on the day of the Referendum result.)

The above are just three examples of the aggressive and bullying attitude of the EU since the UK voted for Brexit.

This has nothing to do with a trade deal

The last four-and-a-half years have never been about trade for the EU because the EU is not about trade. It is about the subsuming of nations into one monolithic structure, and submission to the high priests of the temple in Brussels who run its day-to-day business.

It is about ‘solidarity’, ‘unity’, and the collective will of mostly unelected bureaucrats who are the believers in the one, true god of a European superstate.

The peoples of other EU countries have at various times rebelled against the orthodoxy with votes against treaties. Each time the decisions were reversed or ignored by the EU – with France, Ireland, Denmark and the Netherlands, for example.

When the Italian government failed to implement economic policies acceptable to the EU, Brussels simply imposed an unelected government there. When the Greeks rebelled and voted against the EU’s proposals for a severe austerity package, the EU bullied the Greek PM until he caved in and did what his voters had told him not to do.

The EU have made a concerted effort to make life as difficult as possible for the United Kingdom. As we have previously shown in our recent 3-part series, their antics have been simply deplorable and are totally unacceptable from any organisation purporting to believe in democratic values and freedoms.

We ask you to do two things today

If you value individual freedoms, believe in a democratic society, and want to see a fully free, fully independent, and fully sovereign United Kingdom on 01 Jan 2021, please do the following:-

If the Prime Minister feels he is facing a knife-edge decision, then a deluge of emails urging him to stick to the principles of Brexit might make the difference.

You can email him at his Parliamentary address and also using the contact form for No.10 itself. We recommend using both – it’s worth the small effort involved.

It’s so much better if everyone writes something different as it has far more impact. 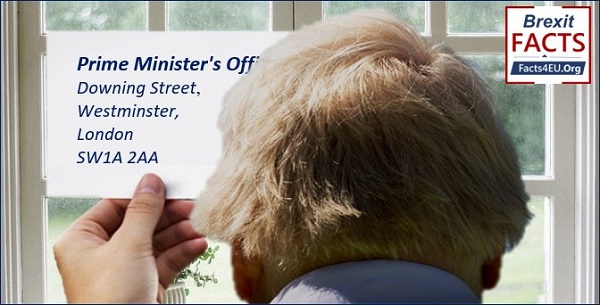 If you would like ideas, we recently published two open letters to the PM. The first was about rescinding the abominable Withdrawal Agreement and the second was about walking away from these interminable and unproductive trade talks. Feel free to get ideas from these letters.

2. Please support us as we fight on for a true Brexit

Below is a screengrab taken early this morning, showing our reach on Twitter. 1.1 million views in the last four weeks. Obviously this does not include other social media such as Facebook, nor the organic traffic on our website, nor articles which appear in the press, nor all the people who send out our information to their own mailing lists. 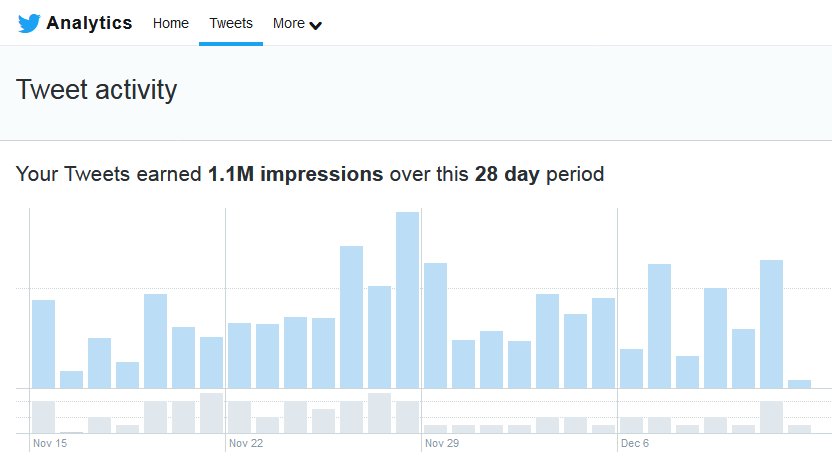 The measures used in the Covid crisis have had an impact on us. The level of donations we receive has fallen far below that which we need to continue our work. We rely 100% on donations from you, our readers. We do not have plush London offices, limos, expense accounts, and the rest. We just need a level of donations which allows us to continue researching, publishing, campaigning here and on social media, and lobbying MPs.

Quick, secure, and confidential donation links are below this article. Please help us if you can.

[ Sources: EU Commission | No.10 ] Politicians and journalists can contact us for details, as ever.

Boris Johnson It's time to walk away as any deal now will be detrimental to the UK... the UK voted to leave, it wasn't dependant on a deal... We simply voted to leave.... So walk away...

Finally the world can see what brexiteers have known for many years. They have no plausible place to hide.

@ Kelly Herbert, firstly the world does not care about anything EU related it is self important not important.
Secondly. we are not trying to hide and have zero reason to hide.
Thirdly, One of the worse traits in adults is losing badly, children do it and eventually grow out of it, YOU must try harder.

They are not really ‘punishing’ us apart from that NI protocol which Boris utterly disgracefully AGREES WITH but they are saying if you want to leave then there will be certain consequences that flow from that decision eg being treated as a ‘third’ country. It is a shame that the Leave campaign didn’t really point-out many of these consequences but then they wouldn’t have won then and many Leave campaigners were Tories who have fundamentally misunderstood how the EU works from the day we joined way back in 1973 trough to their supporting the Single Market under Thatcher who refused to let the people of this country oppose her silly and very specific idea in a referendum ie the type of question referendums are best suited for and they still do even now.
Perhaps, the Leave campaign should have been prosecuted for telling falsehoods such as a deal would be the easiest one in history? They lied and so did the Remain campaign. It would have been better if that blasted referendum had never been held in the first place! It has seriously divided this country and looks likely to lead to its break-up😞🤬😡☹️😞

And what for? So the Tory Party can avoid doing what should have happened a long time ago if they were honest ie formally ending their four decade long row over the subject and splitting into two separate Conservative parties in one pro-EU and one anti-EU.🙄🙄🙄

Johnson, for God's sake, man, for once do as the people voted for, not what your globalist establishment and Tory chums want, and have the courage and determination to rescind the traitorous WA/PD and NI protocol, unite the UK behind you, and, head held high, LEAVE.
We shall do just fine without the miserable sulking EU.