“Prime Minister, this is the biggest single Brexit initiative since the EU Referendum” 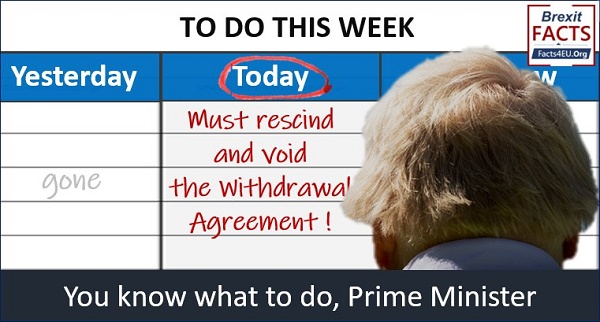 With the new lockdown announced by Boris Johnson on Saturday night, here’s an important new Brexit announcement to break things up. The largest-ever number of major Brexit campaigning groups have united behind a simple message to the PM and MPs:-

“We call on you, Prime Minister, to rescind and void the Withdrawal Agreement
in order to deliver on your General Election manifesto promises of December 2019,
or else face millions of voters who will feel utterly betrayed.”

“Please do not let the country down”

- 16 Brexit organisations, including Facts4EU.Org, The City for Britain, and the Bruges Group, plus 25 key individuals

You can download the entire letter to the Prime Minister here.

Never before have so many major Brexit campaigning organisations combined behind one message to Government. Collectively these organisations reflect the views of millions of voters who took the PM at his word that there would be no political alignment with the EU.

All logos are © of each organisation

The names of the Brexit organisations who have signed the Big Brexit Initiative are: Brexit Facts4EU.Org, Alliance of British Entrepreneurs, Brexit-Watch, The Bruges Group, Get Britain Out, Global Britain, Green Leaves, Invoke Democracy Now, Labour Leave, Out and Proud, Scientists for Britain, Scots for Leave, The City for Britain, The Time Party, Think Scotland, and Veterans for Britain.

25 key individuals, including a former Minister of State, five professors, and 13 former MEPs (who have a unique insight into how the EU really works) have all signed the letter in a personal capacity.

Pictured right: The Rt Hon Ann Widdecombe DSG, former Minister of State, former MEP, and one of the signatories 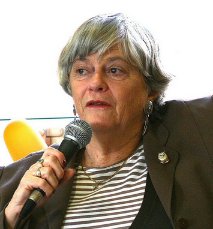 With just 60 days to go, the Prime Minister must act

Today, Monday 02 November, there are just 60 days until the end of the Transition Period, at which point the UK will enter into a new relationship with the EU. As things stand, this new relationship will be governed by the EU’s ongoing Withdrawal Agreement, including its Northern Ireland Protocol.

“Any trade deal struck by the UK Government with the EU before 31 December must NOT leave in place the onerous and unacceptable obligations of the Withdrawal Agreement, several of which fail to meet normal standards for international treaties between sovereign countries. These failings will become increasingly apparent as the country nears the next general election,”

- The 16 Brexit groups to the Prime Minister and MPs

The Brexit organisations lay out the legal facts

The letter to Boris Johnson includes a legal page which asserts that:

“The EU’s Withdrawal Agreement splits the United Kingdom, leaves it subject to EU law for generations to come, and involves a massive and complex divorce bill.

“Unless specific steps are taken to rescind this Agreement, it will continue to apply to the UK for the long term with debilitating effects on our laws, freedom of action, and sovereignty – with or without a trade deal.”

- 16 Brexit organisations, including Facts4EU.Org, The City for Britain, and the Bruges Group, plus 25 key individuals

The Withdrawal Agreement and Political Declaration were predicated on the EU acting in good faith in the prompt negotiation of a trade deal with the UK.

The EU has failed to use its best endeavours in fulfilling this obligation and is therefore in material breach of the Agreement. This gives the right to the UK Government to rescind the Agreement and it must do so before 31 December 2020.

Today we are urging all those who voted for a free, independent, and sovereign United Kingdom to stand up and be counted. If you would like to do something positive to help, there are two things you can do:- 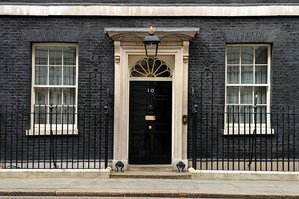 Letter to the Prime Minister

Letter to your MP

The ‘Big Brexit Initiative’ has taken weeks of solid and persistent work to put together and the Brexit Facts4EU.Org team is proud to have created and led this.

We have received so many emails and messages from the public that the strength of feeling is clear. Now we must ensure that the Prime Minister and all MPs know, and act accordingly. We have not been through four-and-a-half years, repelling repeated attempts to overturn the largest democratic vote in UK history, to be sold out at the last minute.

The ‘Big Brexit Initiative’ demonstrates that the major Brexit organisations feel strongly enough about the Withdrawal Agreement and its effect on the UK’s future that they have put small differences aside. They have now urged the Prime Minister to do the right thing on perhaps the single most important issue facing our country after Covid-19.

Will you, personally, act now?

We know that doing nothing, or sending an email, is so much easier than sending a physical letter, but if you could make the effort to email and send letters this will make far, far more impact. Let’s inundate No.10 - and MPs’ pigeon-holes in the Commons - with letters.

Please print off, sign, scan, and email this letter to the Prime Minister today. Then please physically post your letter. These days online petitions get almost ignored. Tens of thousands of emails and sackfuls of physical mail are much harder to ignore.

Then please do the same with the letter which we have bespoked for you to send to your MP.

Finally, if you value this initiative, could we ask you to do one final thing? We must keep going and see Brexit through. The only way we can do this is with your help. Please make a donation to our work today – particularly if you have never done so before.

Less than 1% of our readers donate and we have no foreign billionaires backing us. (Or domestic billionaires, come to that.) If we could treble this percentage we would be able to keep going and do so much more to ensure a free, independent, and sovereign United Kingdom. Quick, secure, and confidential donation methods are linked to below this article. Thank you so much.

Pound to a Euro he doesn’t. Has to be the most disappointing politician I’ve ever supported.

I applaud all Brexit organisations (and their respective supporters), for getting behind "The Brexit Initiative" in the above article.
This entire matter has gone on for too long, and the EU are [in my opinion] trying their best to make our country 3rd rate, when they should be falling over themselves to continue trading with one of their major customers.
It's been said many times over, the EU [Commission] can either have a friendly (wholly independent) neighbour and customer on their doorstep, or not - it really is up to them, but the UK decision was made long ago.
Certainly, 'UK Plc' will not hang around waiting for the EU to make up its mind - they've had long enough - TIME'S UP?
I remain of the opinion that individual EU member countries wishing to trade into UK markets should sideline the Commission.
If the EU was so good, the entire continent should be flourishing, but instead we see unaccountable EU elites issuing dictatorial threats to their members, and we witnessed how they ignored Italy when they needed help.
And Finally, after 47 years in their club, the EU as it became, has not benefited the UK, though it can be said the UK as a net contributor has benefited all EU net recipients?
I suggest the EU owe £millions to the UK, if not £billions, as British taxpayers are stakeholders in all EU buildings?

Well done for this! I'll definitely do my bit and promote it among my groups too.

Just 60 days for the remainers to hold out for their little plan to come together.
This has been designed over the last few years by the EU and UK traitors to stop a real UK departure.
If the withdrawal agreement remains in place brexit won't happen.
I had the unfortunate exercise of watching some BBC news last night.They were trying to demonstrate how bad things will be for northern Ireland. All under EU customs controls.
Higher prices and tariffs judged and executed by the EU thanks to the annexing of NI.
This must not happen!
NI is part of the UK and its internal market.
I have printed signed and packed two letters for sending to PM and my MP.
It only took 10 mins.
Please people do it today!

Tare up the agreement the EU have ignored and leave under WTO rules paying nothing further to the EU! Let the EU pay WTO tariffs until they see the light. In the mean time do free trade deal with all willing countries undercutting the EU whilst giving Britain's cheeper product options due to the end of tariffs on commonwealth countries!

I can't believe that DC will be happy with this after all the work he has put in to get us this far?

Scrap the withdrawal agreement (surrender document)! You were not put in the position you're in to sell us down the river with this vile agreement.WE(the majority)voted to leave,no strings attached .WTO is what was & must be integrated on behalf of the 17.42m that got of their derrieres & voted by majority to leave!
Leave means "LEAVE" .Not leave the way YOU think we should ,but leave the way the majority SAY we should!
Sll us out & you WILL regret it!!!

We might not be as shouty as some Rejoiners, but let's not forget: we are the majority. My letters are ready to go. Let's do this!

Exceptional work facts4eu. I just posted my letters to Boris and my (useless) MP. I also sent you a small donation on paypal not as much as I think you deserve but it's what I can afford.