Exposing the EU’s propaganda about its 700 international agreements 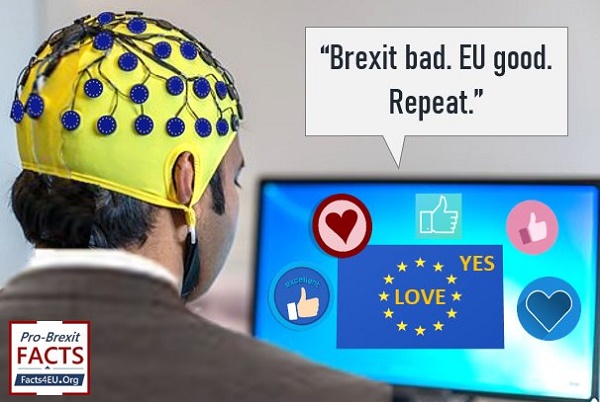 In recent weeks a new EU statistic has started appearing. It was most noticeably used by new EU Commission President Ursula von der Leyen in her pre-Christmas speech to the EU Parliament.

We have now seen this being repeated, and even being misinterpreted as being about trade deals by some news sites. Below we debunk it.

When speaking to the EU Parliament before Christmas, Frau von der Leyen referred to Brexit, and to the possibility of a “cliff-edge scenario” at the end of this year if no trade deal is reached. Here is what she actually said:-

“In case we cannot conclude an agreement by the end of 2020, we will face again a cliff-edge situation. And this would clearly harm our interests. But it will impact more the UK than us, as the European Union will continue benefitting from its single market, its customs union and the more than 700 international agreements we signed with our partners.”

In the same paragraph about a future trade deal with the EU and about the EU's Single Market, Frau von der Leyen explicitly talks about the EU’s 700+ “international agreements”. There is clear intent to imply that over 700 international trade deals will be lost by the UK.

What is the nature of some of these “international agreements”?

As ever, Brexit facts4EU.Org delved into the details and here are just a few of many examples of the international agreements to which Frau von der Leyen referred:- 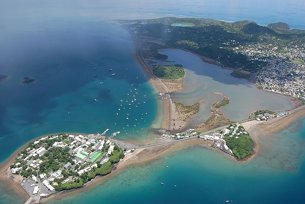 The French island of Mayotte in the Indian Ocean

Does the EU have 700+ international agreements? Yes, it does. Do many of them have any serious relevance to a free and and independent United Kingdom post-Brexit? No.

It is our opinion that the new EU Commission President made clear linkage between a new trade deal with the EU and with these EU agreements, as if they both related to trade.

We should just say that we haven’t actually checked whether there’s a large British fishing fleet in the vicinity of the remote French island of Mayotte in the Indian Ocean, but somehow we doubt it.

We suspect that readers will see these 700+ EU international agreements referred to again in the course of this year. Forewarned is forearmed, and we feel that this kind of EU propaganda should be knocked on the head before it starts being repeated and gaining credence in the “Remoaner-Rump” community.

After four years of continuous seven day-a-week work, Brexit Facts4EU.Org will henceforth be publishing on Tuesdays, Thursdays and Saturdays. This decision was taken purely on financial grounds and we thank you for your understanding and – we hope – your continued support.

To keep us going please make a donation today using one of the quick and secure links below this article. Thank you.

Finally, an especially big thank you to all those who have emailed us or posted comments on the site in the last few days. The whole team have been deeply touched by your kind words.

Many thanks. Bookmarked many of your fact sheets for later reference. Doubtless, the EU Propaganda will intensify over the next 12 months! I seem to recall that the alleged benefits of the SM has only added 2.1% to the UK’s GDP, since its inception, according to the EU’s own data (Eurostat ?). A Reminder on this would be useful. Keep up the good work. Much appreciated.

It's not just the EU we need to leave the UN control the EU? https://www.youtube.com/wat...

I can see that you’re taking these 700 agreements that the EU have rather lightly. For me it’s much more serious. Without these, my short trips to Tonga and Vanuatu, likewise my fishing holidays to Mayotte in the Indian Ocean will all be practically ruined…

Ursula von der Leyen will meet the Prime Minister on Wednesday in Number 10 to discuss the opening positions of the EU and the UK in the upcoming negotiations.
https://politicshome.com/ne...
-
Is this why no one has tabled the amendment 'Nothing is agreed until everything is agreed' to prevent us paying £39 billion to the EU for nothing in return? Will Boris have the balls to tell her that we will not pay up unless we get a good trade deal? I doubt it.
-
There is a shocking and complicit silence in the mainstream media (almost as if there is a D notice on it?) and from politicians on this subject.
(Note the Express today: https://www.express.co.uk/n... - no mention of the £39 billion in this report, or the £7 billion not claimed from the EIB)