Whatever is passed in Parliament, has everyone forgotten what the EU-UK Treaty says? 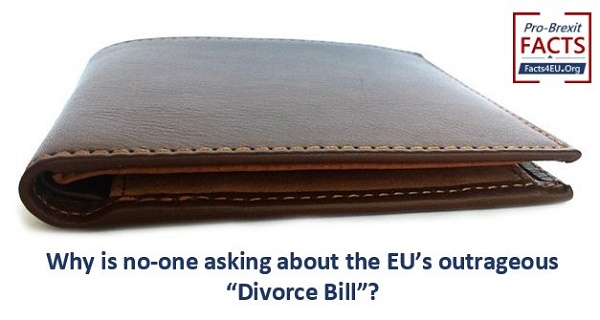 The EU Withdrawal Bill was finally been passed at second reading in the House of Commons yesterday, three-and-a-half years after the British people voted to leave the EU. A pro-Brexit government has “a stonking majority”, the Grieves, Soubrys and Umunnas are seeking alternmative employment, and there are only four days until Christmas.

Not only that, but Boris Johnson is committing in law to leaving the EU completely on 31 Dec 2020.

“This will be with no alignment on EU rules, but instead with control of our own laws, and close and friendly relations.

“This vision of the United Kingdom’s independence, a vision that inspires so many, is now, if this new Parliament allows, only hours from our grasp. The oven is on. It is set at gas mark 4; we can have this done by lunchtime — or a late lunchtime.

“The new deal that I negotiated with our European friends will restore our great institutions to their rightful place as the supreme instruments of British self-governance. Once again, this House will be the only assembly able to legislate for this United Kingdom, and British courts will be the sole arbiters of those laws, and above them all will be the sovereign British people, masters of their own fate, controlling their own borders, laws, money and trade.”

No wonder Brexiteers are in good cheer.

There’s just one problem : the international Treaty which Mr Johnson will sign with the EU next month

We are not lawyers, but then we have actually read the “Withdrawal Agreement and Political Declaration”, and we discussed it with a British barrister based in Brussels. We even produced one of our famous “one-pagers” on it, the day after it was published by the EU.

The government has said nothing about further re-negotiation of these documents, which will in effect become an International Treaty between the United Kingdom and the European Union in a few weeks’ time.

It is therefore understood that the obligations, rights and responsibilities contained in the documents issued by the EU on 12 November 2019 in the Official Journal of the European Union will stand as drafted and agreed.

The Prime Minister will be signing a binding International Treaty with the EU.

The two big questions are therefore:

Why is no-one asking about the EU’s outrageous “Divorce Bill”?

As an example of what Mr Johnson will be signing up to, the EU’s demands for financial compensation from the UK are stipulated in the Withdrawal Agreement agreed by Mr Johnson, along with all the other obligations. It is the EU who will decide the sum.

According to the new Treaty, the UK will still have financial obligations to the EU for well over half a century. We have published the details on this before, but if readers wish they can plough through Articles 138-144, and 152-155, which relate to this one matter alone.

The direction of travel from the Prime Minister is extremely welcome, regardless of our article above. We are now in a much better place than we were only six months ago.

As readers are planning and shopping for the Christmas period, it is possibly not the best time to run an article which brings us all back down to earth. In the end we decided it was better to say something, as this is potentially so serious. Someone has to do it.

We should all be thrilled that things are moving in the right direction after all these years, but Brexit is not yet done. And the fallout if Mr Johnson signs the Treaty with the EU next month may last for a long time.

We just hope that the positive and optimistic mood engendered in most of the country by Mr Johnson’s undoubted talents will not only take us all though Christmas and New Year, but will last a great deal longer.

IMPORTANT: If you would like us to continue into our fifth year, please consider making a Christmas donation. (Links are below.) We will run as many positive stories as possible, we will continue to show up the EU for what it is, and we will continue to shine a bright Brexit light on what is being done in our name.

Our objective continues to be that of seeing a thriving, independent, and sovereign nation of which we can all be truly proud.

[ Sources: Hansard | EU Commission ] Politicians and journalists can contact us for details, as ever.

It is the same blindness as with the west's relationship with China.
https://www.theepochtimes.c...

Thank you, Facts4EU. However, I certainly hadn't forgotten the terms of the WA treaty. I have been having a recurring dream, that Boris tabled a withdrawal bill which said, the WA is very bad actually, and here's a bill for you all to approve, to leave the EU on WTO terms. Quick explanation in the Commons (easier though, just circulate the Facts4EU one-pager) and I bet you he'd have got a majority. Done and dusted. I mentioned the dream to some seasoned Brexiteers, but they said, oh no, he can't do that. Hummph. If Boris is Boris, why couldn't he do it? Now I'm going to have nightmares about EIB liabilities, fishing and international stages and a lot more.
IF there is an extension, there are more nasties for us in store.
So the EU needs to give cause to have a bad press over here in the months up to July, so the media over here don't bleat that we must extend. The EU will have plenty of rope with this WA to be nasty to us.

Indeed Catherine (2) I shall trust Boris when it is done. That is we have left, and have control of everything we ever gave to the EU to control, or rather those self-same politicians who have made hay while the sun shines, salary-wise for all these decades of EEC/EU membership! Wonderful renumeration for selling the country down the river. I sincerely hope and pray that it s not too late to save Britain.
We need to also watch what happens in Hong Kong and Taiwan, theirs is a very worrying situation for the rest of the world and of course mainly the west..

Our only hope now for a clean break with the EU ironically lies with the EU Parliament who will debate and vote on the WA&PD sometime in January. It will probably be a rubber stamp exercise but there are glimmers of hope. There is the slim possibility that MEP's will take the view that Boris's deadline of 11 months to conclude an FTA is impossible and by ratifying the WD&PD, they will give tacit agreement that it can be done, and so will vote against. Manfred Weber the leader of the EPP has said that the UK must abide by the rules of the Single Market if it wants an FTA with the EU. Boris is claiming that the UK will not do this and it might be possible that the EPP vote down the WD&PD believing that it will force the UK into yet another A50 extension, prolonging the uncertainty and pressure on HMG from big business and other vested interests. Finally, our old friend, the euro-windbag Guy Verhofstadt has said in the last few days that the EU Parliament will not ratify the WD&PD if the British Government does not unconditionally grant full residency rights to all EU citizens living in the UK, without them having to apply. All eyes to Strasbourg!

Thanks for today's article, Facts4EU. Good work, as ever.
Presumably you will be sending Factsheet 7 as a Christmas Card to every single Tory MP?
And an article on the committee stages and Lords stage for the bill, the possibility for amendments, and the key players to lobby for change, might be helpful for activist readers? Or is it too hopeful to expect any changes to the WA Surrender Treaty at this late stage?

''Has everyone forgotten...?''
No. A lot of us haven't - there's still quite a bit of healthy scepticism around. But it's like shouting into the wind, isn't it?

Let's not be deceived, the WB still has more holes than a pool table. Why we afford the EU PONZI scheme so much credibility mystifies me: BoJo can play a strong hand,, he now has the option to walk away with no deal (which is not the King of terrors it's made out to be) and if and when that happens, they'll come crawling..