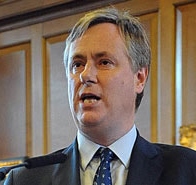 Firstly, if you want a barnstorming speech you are advised to look elsewhere. Rather this is a calm dissection in the most devastating terms of what is wrong with the Benn Act (‘surrender act’), with Parliament itself, and with the top court in the land. It lasts just 12 minutes and is put across in layman’s terms, easily understood by all.

The calm nature of its delivery masks some extraordinary statements from a QC. Martin Howe is Chairman of Lawyers for Britain and was speaking to the Bruges Group at a fringe meeting of the Conservative Party conference last week. We recommend to readers that they watch it below.

The above video follows on from the two videos of Sir John Redwood and Mark Francois which we published on Friday. We recommend watching these speeches also.

Further reading: In Martin Howe’s speech he recommends a paper written for the Policy Exchange by Professor John Finnis entitled “The unconstitutionality of the Supreme Court’s prorogation judgment”. Readers can find this paper here.

For a top barrister and Head of Chambers to make the statements he does in this speech is almost unprecedented.

In his speech Martin Howe declares the current Parliament to be illegitimate, the Benn Act to be a “constitutionally illegitimate law”, and calls for the Supreme Court in its current form to be abolished. This is heavyweight stuff from a man like him.

Whether Remainer MPs agree with him or not – and of course they will not – we suggest that Mr Howe’s clear and unambiguous statements cannot be ignored.

What a sad indictment of how those who could not respect a democratic decision by the British people have traduced our traditions, our constitutional norms, our laws, and our democracy itself.

It is only by finally enacting the will of the people, and by the UK leaving the EU in 25 days’ time, that we can start the process of slowly rebuilding our great country.

We are inviting readers to help us to keep going by becoming sponsors of our Brexit Fightback Initiative. You can be a Sponsor (£10 donation), a Gold Sponsor (£50 donation), or a VIP Sponsor (£100 and above). We will not publish your name unless you give express permission, naturally, and your contact details are never used.

[ Sources: The Bruges Group | The Great Brexit Debate ] Politicians and journalists can contact us for details, as ever.

Martin Howe says the Benn Act was enacted unconstitutionally by Parliament. That it attempts to remove the prerogative of HM Government to make decisions in negotiations with a foreign power. The EU uses the term 'Third Country'.
I question whether the Benn Act with the Kinnock amendment is viable. It is a repeat of the Cooper-Letwin Act whose extension expires at the end of the month. It is an exercise in can kicking.
Parliament has not carried out the conditions set for that extension, namely to ratify the withdrawal agreement. The EU Council firmly stated it excludes any re-opening of the Withdrawal Agreement, the precursor to negotiation.
Talks have continued.
Conversation (talks) vs Negotiation – What's the difference: As nouns the difference between conversation and negotiation is that conversation is expression and exchange of individual ideas through talking with other people; also, a set instance or occasion of such talking while negotiation is the process of achieving agreement through discussion.
Lots of the former have been taking place, but none of the latter. Meaning the two Acts have no point.
In practical terms negotiations under Article 50 ended on 25th November 2018.

Howe is absolutely correct.
We do not have a 'Parliament' at the moment. We have squatters, and they need to be removed so that we can restore our democracy & Constitution that they have left in tatters, along with respect for 'the law'.
85% of MPs stood on manifestos to respect & implement the referendum result to leave the EU, yet once elected have done everything, including abusing our Constitution like spiv conmen, to undermine, subvert & overturn that decision. That is obtaining public office by fraud. Intention to deceive.
They refuse to dissolve themselves & face the electorate. Twice via direct requests to hold a GE & consistent refusals to call a vonc in a Govt that they say that they have no confidence in. They are squatters & nothing that they do can be considered 'legitimate'. We now have taxation without representation & an Executive that cannot govern.
We have seen the open collusion by many with a foreign power to undermine & subvert our democracy & Constitution, including ex-PMs. They need to be escorted from the premises and repay every penny
'earned' since the election.
We know not quite how many are in receipt of slush funds from vested interests in the foreign power, & we should. They should have recused themselves from discussions & voting, but as these quizlings have no honour, should have been officially banned from debate & votes due to vested interests. Parliamentarians should now be required to be subject to similar rules as Insider trading & automatic 'unexplained wealth' investigations, such is the corruption. Bliar's Act, repealing the penalties for treason should itself be repealed. It might keep more honest knowing the penalty. We would not then have been left to 'discover' that Jo Swindler's husband's company was in receipt of nearly £4m from the 'EU' and more from the $oros organisations.
Once we have cleanly left the EU, those operating against this country on behalf of other parties must be held to account.

It might be "unconstitutional" but it is currently the law and, despite all the bluff and bluster from No. 10, I can't see Boris can possibly get round it. Remainers have it tied up. They can keep this going at least until the next GE in 2022

I totally agree with Martin Howe. The Speaker has behaved disgracefully and has driven a coach and four through the Constitution as have the Judges of the Supreme Court. But I do think that Boris should have destroyed the Surrender Bill when he had the chance and he ought to have advised Her Majesty to refuse it Assent.

Parliament does not negotiate treaties with foreign Countries, it is the prerogative of HM Government.
Businessman Dale Vince, QC Jo Maugham and SNP MP Joanna Cherry are seeking a judgement in the Scottish Court of Sessions that in effect removes the Prime Ministers prerogative.
Parliament in unconstitutionally enacting the Benn Bill gave instructions to Government to seek a third extension for continued negotiations. It then gave back the prerogative to Government to carry out the negotiations if the further extension is granted.
It will be up to the EU Council whether to grant a further extension, its length and its terms and conditions.
There are mutterings that its purpose should be questioned, but is not likely.
“Europe will have no other choice if there’s an extension request than to grant it,” said an official. “Politically, I don’t see how we could refuse it. The Europeans don’t want to take the responsibility for no deal.”

John Major gave the clue to ignoring the Benn Bill by suggesting or rather hoping that the government wouldn't resort to using an Order in Council.
That is similar to a prorogation and seeks to postpone or nullify any act by deferring the set date to one further away.
It is a simple tool and one that if delivered late in the day would allow the end of the month to pass thus meaning we would be leaving albeit six months late but nevertheless honouring the two EU Withdrawal Bills of 2017 and 2018 that amongst other matters set the time and date for our leaving.
I understand that the Benn Bill is badly written and contains some glaring ambiguities so any future litigation will be useless.
The supreme court has along with John Major and Gina Miller trashed our constitution and ignored article IX of the 1689 Bill of Rights.

On the 19th, the date set for requesting a third extension we should know if talks and negotiations centering on the Irish Border backstop will lead to a revised withdrawal agreement that can be put before Parliament.
If the talks have ended then there is no purpose to the Benn Act (to continue negotiations) and requesting an extension would be pointless. Would HM Government and the PM be in contempt in exercising their prerogative in the Article 50 Treaty withdrawal by not making the request?
The European Council cannot force a third extension by backdoor means on the departing member State when Article 50 has expired.
Lord Kerr author of Article 50 said: “We needed a time limit (2 years) in order to reassure the departing state that it could really depart — it would get out, it couldn’t be enmeshed forever in endless negotiation, it could escape.”

All the remoanians have ever done is to violate the constitution by their abhorent refusal to accept the Referendum result, which sadly for them led to their toys leaving their prams at an ever increasing rate.
They are the wreckers of our society and country and should see justice. They are in cahoots with the EU, and as in the USA, they have infilitrated all institutions and need to be rooted out - much like clearing a minefield.

Doomster's and gloomsters' and desperate leavers have messed it up between them. Government has failed and Parliament can't compromise. Stop this madness and have one last people's binary vote of the unnegotiated no deal/WTO rules v the existing deal...just as Rees-Mogg suggested in 2016...the English Nationalist will overcome... won't they?