While others close their Russian doors, French tills in Russia keep ringing 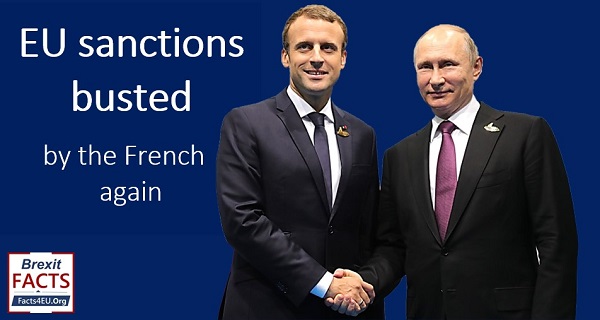 Economic sanctions from Western nations were meant to send a message to President Putin: Stop the war and withdraw from Ukraine. The French are ignoring world opinion.

Many businesses from the West – including those from the UK – signed up to the sanctions but it turns out yet again many French businesses are continuing to trade. Facts4EU's report shows how this trade emasculates the EU sanctions regime and gives comfort and income to Putin.

On Friday we reported on how France effectively broke an EU arms embargo with sales of military equipment worth €234m to Russia between 2014-2020. In this analysis Facts4EU looks at what French retailers are doing today in Russia to break the sanctions. 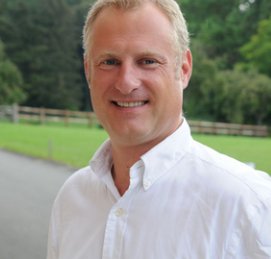 The power of the EU to hold any unified position and deliver a common plan has yet again been exposed as a false narrative. France – which has not been in the top five of the Global Soft Power rankings for the last three years – is yet again exposed as only paying lip service to economic sanctions.

Last Friday Facts4EU revealed how France had found means to defeat the EU arms embargo to Russia by selling €234m of military equipment. Now, following another Russian invasion of Ukraine territory the leading French companies that were trading with Russia are continuing to do so. Using the excuse that they are delivering essential supplies such as food, it has not occurred to them that part of the process of sanctions is to send a message to people that the Russian Government’s behaviour is unacceptable.

It might also be asked how a door knob or a tin of emulsion paint from Leroy Merlin is an essential supply, or that a table tennis table from Decathlon is vital. The whole point of sanctions is to bring pressure on a government that is impervious to media pressure because it controls the media. The people of Russia do not have open communications and the internet is now heavily censored there. Only by disrupting everyday life – in a peaceful but direct manner - will they begin to be able to appreciate the folly of President Putin’s war.

The people of Ukraine have no such choice. Be it DIY tools, a new Lada car, or groceries from Auchan, all of these things have been taken away from them by Putin. The EU said it would introduce sanctions through its member states, therefore Ukraine’s President Zelenskyy is quite entitled to ask why French companies are not following them.

Such hard work does not come cost free…

Instead of re-moaning about the French, the UK can sanction individuals and companies in the EU that support Putin’s regime.

Can now see why we kept D Day a secret from them !

The European "union"!! What a joke they are! This is how they keep peace in Europe is it! Load of old ollox they haven't ever kept the peace!!

1. Another way to lead from the front would be to dig up those reports of alleged Russian interference in our elections, just so when Putin eventually gets to the ICC we can slap him with that too.

Do You Wonder, when the EU deliberately, ineptly and negligently place themselves at the mercy of Russia gas and energy, that they are paying for even at this point in the Ukraine war, thereby financing Putin's aggression - what hope of the EU providing a credible and strategic defence force - let alone an army?

EU have no credibility whatsoever.
Germany and France are a scum run state.
We need more media coverage to show the world and boycott all there blood money goods and company’s 🩸🤬

5. Last Friday, the EU & the US signed a major gas deal which will replace one third of current Russian gas by the end of this year.
The EU is tightening ties with the US with a goal of procuring 2/3rds of it's energy elsewhere.
Ukraine barely had an army the 1st time Putin ran amock in their country. This time is totally different. Ukraine's army went from Zero to Hero in less than a decade.
What more if the EU gets full US supplies/support & training? In Biden's Friday speech, he did say that a united Europe is the only way forward, especially as America is focused on the Indo-Pacific. That must have swirvelled heads on Downing Street.
For your consideration: Of the 30 NATO members, 21 are EU members. Sweden & Finland probably will sign up to NATO, totalling an overlap of 23. The UK is still obligated to protect Europe as a NATO member. The often cited issue with creating an EU army is duplication. Pretty soon though, EU & NATO will be virtually indistinguishable except for the UK, Turkey, Iceland, N. Macedonia, Norway & Albania (Canada + US too). What happens if or when the EU takes the lead from NATO? Do you vote to rejoin? :)
Interesting times.

When the French surrendered in 1940, they sold their military equipment and supplies to the Germans for use in their invasion of the USSR. The German Army in Russia used French trucks and artillery. Plus ca change, as they say.

It has now been six years since the Referendum, and the so-called "exodus" of jobs from London to the EU turns out to be 7000, according to the Brexit-opposing company E&Y. 7000 in six years! And that does not mean that London has fewer jobs today. in fact, employment in the UK financial industry is sharply up. It just means that seven thousand financial companies have registered a PO box or a "desk" in the EU to comply with EU regulations.
Oh, and unemployment in the EU is now 6.8% compared to 3.9% in the UK.