Merkel steps out, Macron steps in, the EU does the hokey-cokey and turns about 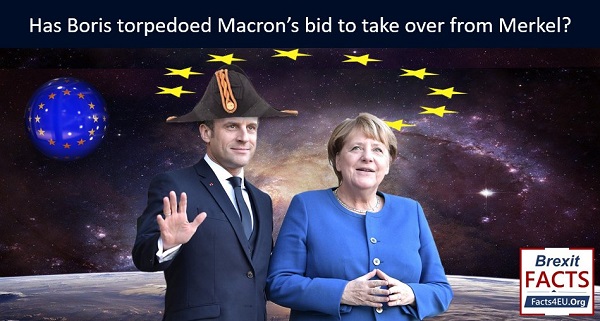 The EU is big on ‘solidarity’ and ‘unity’. This is perhaps best exemplified by Brexit, and the way in which the extreme, unelected EU-federalists in the Commission in Brussels persuaded the 27 EU member countries to back their punitive approach to the British people after they voted to leave the EU empire in 2016. Not all countries liked it but they all acquiesced. ‘Unity’ was the watchword and the appalling and unacceptable Withdrawal Agreement was the result.

The hard-federalists of the EU Commission also speak on a daily basis about unity and solidarity in relation to all of their other activities. These now include their common defence and foreign policy, as well as all manner of social controls and ‘values’ being imposed on member countries, sometimes against their will.

So often do they refer to this, it brings to mind a quote from the great English bard in Hamlet: “The lady doth protest too much, methinks.”

“What goes around, comes around”

One country which has taken the hard-line approach to Brexit Britain is France under President Emmanuel Macron. It is fair to say that the French have been in the vanguard of those who wish to give the UK a punishment beating.

It might have been thought that the French would have learnt their lesson from the Versailles Treaty at the end of the First World War, when they insisted on such punitive terms on the defeated Germany that many scholars attribute the rise of Nazism to the extreme conditions demanded by France.

President Macron is no stranger to strategic political thinking. From relative political inexperience the former merchant banker formed a party (‘En Marche’) which severely damaged the Republican right and decimated the socialist left, propelling him into the Elysée Palace in 2017.

Faced with a re-election in April next year, it is clear that Monsieur Macron has been planning. With Germany going to the polls today, and German Chancellor Angela Merkel stepping down, he has his eyes on becoming the senior statesman of the EU.

Macron knows that Germany’s tortuous electoral process, developed after the Second World War, usually involves months of wrangling in the political bunkers of Berlin before any coalition government can be formed. In this political vacuum, he hopes to step up and take a lead role.

Fortuitously he has been helped in this endeavour by a happy coincidence. France assumes the rotating presidency of the EU Council on 01 January 2021 and Monsieur Macron has wasted no time in preparing what he sees as the definitive role of EU leadership on matters such as defence and foreign policy.

The French loss of face is even worse than it appears

Unfortunately for the EU, Boris Johnson, President Biden, and Australian PM Scott Morrison stole the EU’s thunder by making their announcement the day before the EU was due to release theirs. It was clear from the EU’s senior Vice President’s speech at the UN General Assembly last week that they were side-swiped and lost the news coverage they had hoped for. 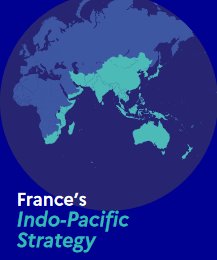 Returning to France’s paper – which also failed to make the news in the UK or indeed in most countries – it runs to 66 pages. This is perhaps not surprising when considering that when President Macron addresses the French people on television his statements can go on for an hour-and-a-half. In the 16,541 words of the French strategy paper, the “contract of the century” with Australia – a key player in the Indo-Pacific and the cause of the Great French Sulk – the submarine contract is mentioned once, in passing. It merited just 34 words out of more than 16,500.

“The strategic partnership with the country is based on a deep security and defence cooperation effort, consolidated by the Naval Group being chosen in 2016 for the construction of the future Australian ocean-going submarines.”

Exit, pursued by a Biden, a Brexit Boris, and a ‘Bruce’

Many readers will recall the immortal stage instruction given by the Bard in The Winter’s Tale: “Exit pursued by a bear.” Two weeks ago a different stage instruction landed on the French President’s stage. The French word ‘pique’ doesn’t even come close to describing the resultant hissy fit emanating from Paris in the last two weeks.

The French suffered the ignominy of seeing Boris Johnson’s Brexit Britain secure a strategic partnership with the US and Australia, known as AUKUS.

On 15 September a joint press conference was held in which it was announced that the UK and the US had agreed to help Australia build its Indo-Pacific defences by providing the technology for nuclear-powered submarines, as well as other critical defence technologies. The ‘Bruce’ in our heading refers to the US President seemingly forgetting the name of one of the two people he was presenting with, and referring to the Australian Prime Mininister Scott Morrison as “that fella from Down Under.”

Regardless of Biden’s gaffe, in one fell swoop this torpedoed what Paris had described as “the contract of the century” – the multi-billion euro agreement for France to supply 12 diesel-powered submarines to Australia.

The EU does the hokey-cokey and turns about

Unfortunately for President Macron, the EU has failed to back the French government in its call for the suspension of the EU-Australia trade talks. Initially the Commission didn’t see any linkage between the AUKUS alliance and trade talks. Then it seemed to offer some support to France. Now the EU is back to being clear that talks will continue.

Nor is there any ‘EU unity’ about Monsieur Macron’s plans for an independent EU military. We started with Shakespeare’s ‘Danish play’ (Hamlet) so it seems only appropriate to end by quoting the Danish Prime Minister on Wednesday:

“I think it is important to say, in relation to the discussions that are taking place right now in Europe, that I experience Biden as being very loyal to the transatlantic alliance. And I think in general that one should refrain from lifting some specific challenges, which will always exist between allies, up to a level where they are not supposed to be. I really, really want to warn against this.”

- Mette Frederiksen from New York, where she was attending the United Nations General Assembly 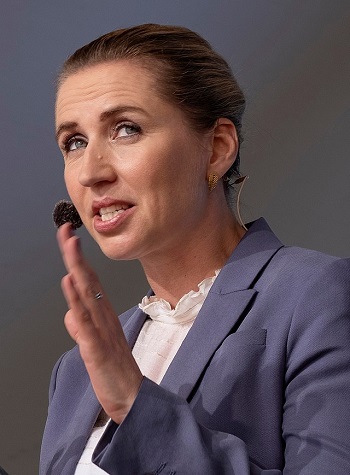 We hope readers enjoyed this slightly irreverent take on the state of play in the EU right now, with Germany's elections today, France's continuing pique at being excluded from a new global alliance which includes Global Britain, and the EU's growing disunity over the Commission's and France's desire to create its own defence force.

[ Sources: Elysée Palace | French Foreign Ministry | EU Commission | Politiken, Denmark ] Politicians and journalists can contact us for details, as ever.

I think PM Frederiksen also reflects the views of the Nordic and Eastern European nations. The NATO Alliance has served Europe well for decades. They will be loathe to entertain Macron's ambitions at the expense of NATO. That will be his biggest obstacle.
Mind you, never underestimate the French. If De Gualle managed to persuade the other Treaty of Rome nations to accept the CAP, even if it took him 10 years to do so, then absolutely anything can be achieved!

Thanks to myopic Brexiters, the UK is not only a 3rd country to the largest trade bloc next door, it is also a 3rd world country; complete with empty shelves, rampant corruption, brazen lying in politics, nepotism, unelected officials, cronyism & lately... no petrol. The colonies got the last laugh.
All the while KFC has no chicken, Burger King has no burgers - it would be comical if weren't so healthy. This might actually be a positive thing for a politically defunded NHS.
The majority of the population are being dragged down by an aged, uneducated right wing voter base that is trying to relive the days of an empire by chasing mirages.
This is the textbook definition of a "tyranny of the majority" - for those of you who don't get to read much.
A fish tank mentality, replete with short memories & sycophants is why Project Fear is now Project Here.

So now we have nut jobs running the EU and America. How long before we have full deck? It seems the world is going in the wrong direction.

Tell him we want our cannonballs back so we can recycle them!

He will be gone soon enough

Michael NLN, your mendacity knows no bounds. That is as polite as I can be. The education that you hold so dear is not a patch on the education that we oldies got. You have been taught nothing but what to think, to mouth platitudes and imbecilic sound bites with not a single original thought to leaven the mix. There is no fuel shortage other than that caused by media induced panic among the weak minded headless chickens that comprise the population now. The NHS receives more in funding than the gdp of many European countries and is massively inefficient and riven with bien pensant fools, such as you. As for the rest of your twaddle, well, I really can't be bothered to educate you. You really need to get your head out of your Janet and John primer and try some grown up fare.