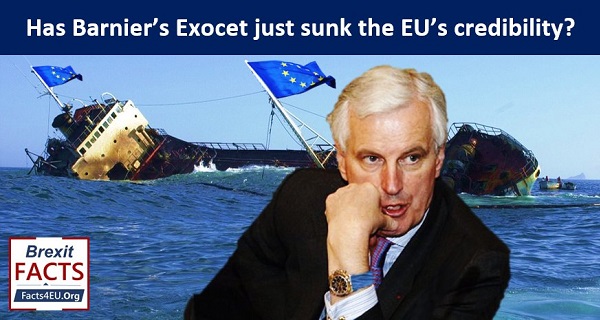 With its architect now against the principles he forced on the UK, is the Withdrawal Agreement now sunk?

Yesterday morning at 11am in the Atria Hall in Nîmes in the South of France, the EU’s former Brexit negotiator rose to his feet to address a crowd of supporters of the ‘Les Républicains’ party.

For three years Michel Barnier was ‘Chief Negotiator and Head of Task Force for Relations with the United Kingdom’, during the tortuous period when the EU sought to impose the most penal terms on the UK for voting to leave its empire.

In his speech yesterday, Monsieur Barnier effectively fired a (French-made) Exocet missile and blew a gaping hole under the waterline of what is now the creaking hull of the EU’s exit arrangements with the United Kingdom.

What did Michel Barnier say?

In his speech, Monsieur Barnier said that the EU’s Schengen area of free movement should be suspended. 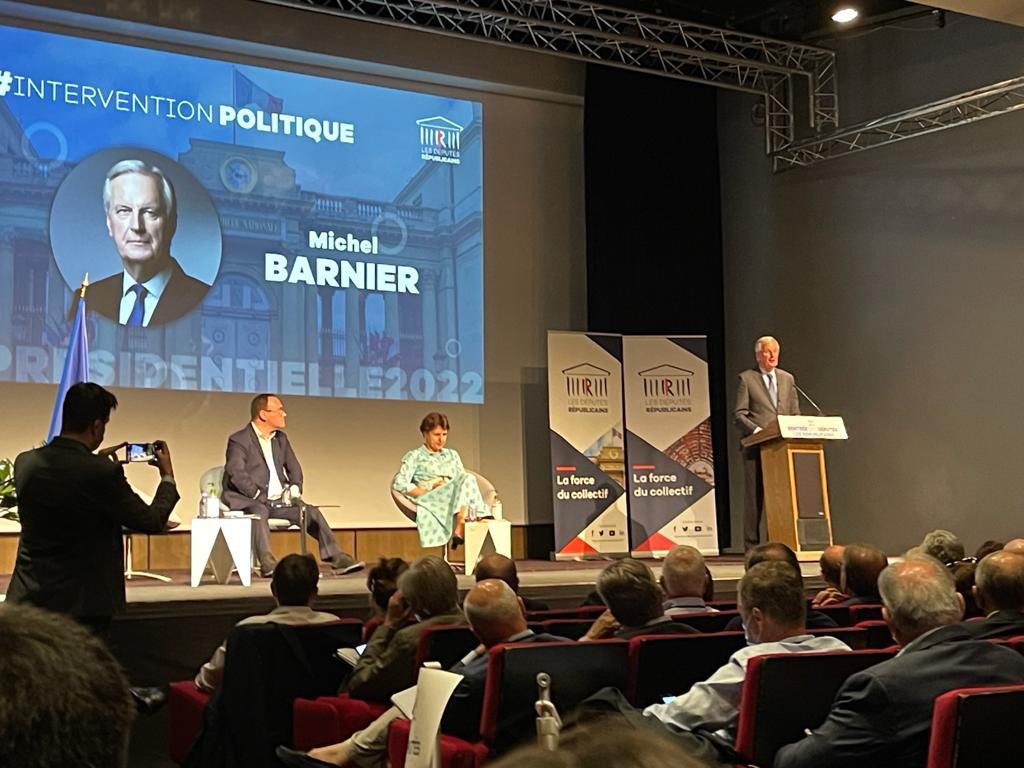 “Schengen Europe must not be a sieve.”

We went on to say that France should not be subject to the totality of EU law or that of the European Court of Human Rights.

“We cannot do all this without having regained our legal sovereignty, being permanently threatened by a ruling or a condemnation at the level of the European Court of Justice or the European Convention on Human Rights, or by an interpretation by our own judicial institutions.”

Mr Barnier’s party then tweeted out his comments and Barnier himself retweeted this.

“On immigration, we must regain our legal sovereignty to no longer be subject to the judgments of the CJEU or the ECHR.”

Within hours, Michel Barnier had deleted his retweet and went into damage control mode. He then tweeted out a message saying “Let’s stay calm!” Unfortunately for Mr Barnier, his own party’s tweet (which he had retweeted) was not deleted and we are showing that above.

Several weeks ago Michel Barnier formally announced he was running to be the Les Républicains candidate in the French presidential elections, to replace President Macron.

Why is this so damning for the EU and for the exit agreements it imposed on the UK?

The problem for Monsieur Barnier is that during the years of negotiations with the UK, he insisted on adherence to the jurisdiction of the ECJ and the ECHR. Readers will recall how often he talked about the ‘rule of law’ and the EU being a ‘rules-based organisation’.

Binding force and enforceability of judgments and orders

1. Judgments and orders of the Court of Justice of the European Union handed down before the end of the transition period, as well as such judgments and orders handed down after the end of the transition period in proceedings referred to in Articles 86 and 87, shall have binding force in their entirety on and in the United Kingdom.

2. If, in a judgment referred to in paragraph 1, the Court of Justice of the European Union finds that the United Kingdom has failed to fulfil an obligation under the Treaties or this Agreement, the United Kingdom shall take the necessary measures to comply with that judgment.

Not only that, but Northern Ireland remains subject to the ECJ despite having absolutely no democratic representation in the EU at all. Northern Ireland has been hived off from the sovereign United Kingdom by the EU’s imposition of rules which have torn up the hard-won Belfast (Good Friday) Agreement.

One of the United Kingdom's most respected lawyers on EU law and an advisor to Parliamentary committees, Barney Reynolds of Shearman & Sterling, told Facts4EU.Org last night:

“He wants freedoms for France, but doesn't think the people of Northern Ireland are good enough for such treatment.” 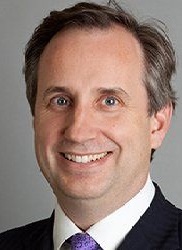 Yesterday Monsieur Barnier made his position clear. He wants France to take back control. He will unilaterally stop free movement, stop or severely limit non-EU immigration, stop obeying the ECJ and the ECHR on laws it does not like, and once again become ‘sovereign’ in various matters which are in the EU’s sole control.

In other words, he wants to “cherry pick” the parts of EU law which France will adhere to and those it won’t. He wants to “have his cake and eat it”. Readers will of course remember how many times they heard those words from the mouth of Monsieur Barnier for all the tortuous years of Brexit negotiations, aimed at the British.

No, Monsieur Barnier, we will not “Keep calm and carry on”. Your hypocrisy is on such a scale that words such as ‘stunning’ and ‘breath-taking’ barely do it justice. And speaking of justice, we do of course applaud your belated conversion to the ranks of Brexiteers. However it was the imposition of EU ‘justice’ and ‘freedom of movement’ which were two of the ‘bêtes noires’ of all those in the United Kingdom who voted to leave your creaking empire.

Given you do not consider that your own country - a founder member of the EU - should accept all of the EU’s laws, nor its most sacrosanct principle of ‘freedom of movement’, it is only reasonable for an independent country such as the United Kingdom to reject these too. And that means rejecting the current Withdrawal Agreement and NI Protocol and negotiating a new, reasonable one.

As you were the authoritative voice of the EU for three years of Brexit negotiations, resulting in the abominable Withdrawal Treaty, Political Declaration, and Northern Ireland Protocol, we now feel entitled to follow your lead and tear them all up.

We’ll await your réponse. One thing though. We can’t wait long, so please remember that “the clock is ticking, tick-tock.”

Oh, and finally, given that your plans to give back France part of its sovereignty would involve negotiating with the EU you may also want to remember that:

"There can be no renegotiation."

[ Sources: Les Republicains | Midi Libre | Le Figaro ] Politicians and journalists can contact us for details, as ever.

Is there a word for something that goes way beyond even rank hypocrisy?

Wolf in sheeps clothing... trying to take votes away from LePen who is clear leader in the polls

Very good article and the best I've read about this! In many ways this is top news. The man responsible for telling us we couldn't do this and couldn't do that because of immovable EU rules now says the eu's rules don't work for France. It doesn't matter which rules he doesn't like now, your final comment says it straight - "There can be no renegotiation" for anyone. As my mother used to say 'what's sauce for the goose is sauce for the gander'. Surely this must be good ammunition for Lord Frost? The whole EU agreement should be put in the bin and we should start again with them. Those are my thoughts anyway.

Have You Wondered - What is he up to? This doesn't pass the 'sniff test'.
Is this a ploy to split the vote to keep Le Penn out by promising what the French electotrate want ot hear and then doing a 'Boris' and do a UTurn.
Something smells.

Talk about shooting yourself in the foot lol

8. That's exactly what the UK did & now the only option you have is sites like this. UK has no say what happens in the EU anymore. Policies & action which ultimately affect the UK are going unchallenged in the union - well done Tories.

Uhum! Could it be that Msr Barnier is one of the Elites? If so, that could explain why he doesn't want a Court of Human Rights - his string pullers have been pushing vaccines which are so rapidly proving to be extremely detrimental to lives and health and yet all our children are now being targeted, even though they do not catch Covid badly nor die from it in large numbers. Unlike the vaccines' record so far.(Look up the Yellow Report Card system which our Govt has admitted under reports only between 1 - 10% of true numbers. The Elites are getting worried that they will have to face Justice: so much evidence is being gathered in by Lawyers around the World. So, now are we surprised that he doesn't want the ECJ? The Elites system of Health Passports would severely restrict our movements if it ever comes in; so again, no surprise, that Msr Barnier wants greater control of populations, not open borders. Anyone else read it this way?