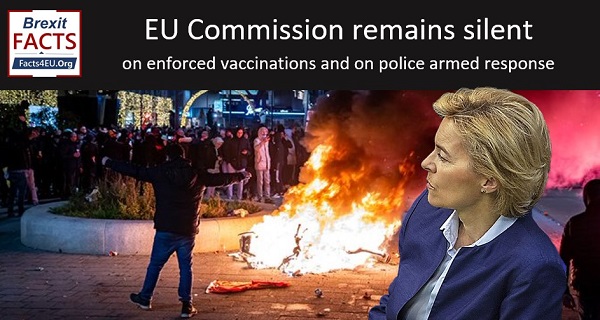 The scenes turned ugly on the streets of Rotterdam on Friday evening, amid protests against government Covid policies. Parts of Rotterdam resembled a war zone, with vehicles set on fire and with violent clashes between protesters and the Dutch police.

Critically in Rotterdam, the police fired live bullets at protesters, wounding some. An investigation is now under way.

Social media is full of personal testimonies of what took place in the Netherlands’ second-largest city on Friday night but Facts4EU.Org sought the latest official version from the Rotterdam police. (Please note: The mainstream UK media are quoting two protesters shot. We have used the latest offical statement from the Rotterdam police, where they say the number is three.) 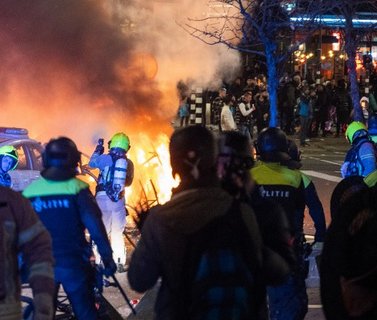 “51 people were arrested during the major disturbances on Friday evening and night at Coolsingel in Rotterdam. About half of them were just under age. The rioters came from different parts of the country.

“Three rioters were injured when they were hit by bullets. They are still in the hospital. The National Criminal Investigation Department always investigates when the police have fired, and also investigates whether the injuries were caused by police bullets.”

The City’s socialist mayor, Moroccan-born Ahmed Aboutaleb - a dual citizen of both the Netherlands and Morocco - approved the police request for the use of water cannon earlier in the evening but it seems that this was not enough for the authorities to gain control of the situation.

Facts4EU.Org has a video shot last night of a man being shot, purportedly by a police officer, and falling to the ground. Onlookers then rush to try to help the man. Since we cannot verify its authenticity at this stage we are not showing it here. 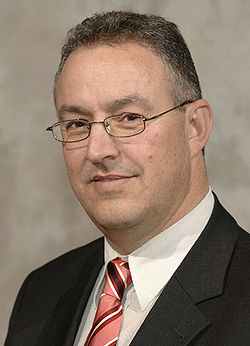 Protests all over the EU this weekend

In other cities around the EU mass protests also took place, with many tens of thousands of people involved. As far as we can tell there was no repeat of the extreme Rotterdam violence although smoke canisters were thrown in some places.

As ever the numbers involved in each location are impossible to state with certainty. However in the Austrian capital of Vienna alone it is estimated that as many as 50,000 took to the streets to protest the government’s draconian lockdown and compulsory vaccination policies.

Above: The beautiful city of Vienna

In Rotterdam, 53% of the population are of non-Dutch origins or have at least one parent born outside the country. However the police stated that the protesters had come from all over the Netherlands. This is a significant statement as Rotterdam is not typical of the rest of the country, in the same way that London is not typical of the rest of the United Kingdom. It seems that the violent protests that took place did not have their origins solely in the local issues affecting the city.

As infection rates and deaths in the EU soar, in Brexit Britain they are falling

Many other EU countries now appear to be on the brink of stepping up their own restrictions, as Covid infection and death rates continue to rise steeply in many parts of the bloc. 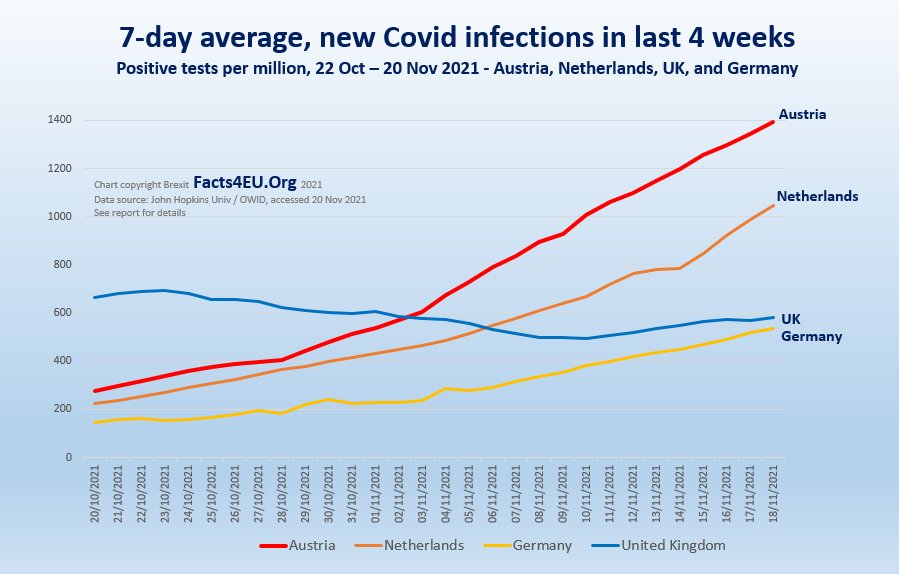 This is not about vaccines, it's about freedoms

As we reported yesterday, the Austrian government has embarked on a vaccination and lockdown policy which is the most extreme in the European Union, and indeed in any western democracy.

So far Austria is the outlier in imposing a two-class system with effect in 10 weeks’ time from the end of January 2022, when unvaccinated people (around one-third of the population) will effectively be confined to their homes.

With other governments including that of Chancellor Angela Merkel either actively considering their own new lockdowns or in the process of implementing them, the key thing to watch will be the extent to which some other countries copy the Austrian model. It seems that everywhere the extent of the restrictions may be more severe.

In Holland for example, where the explosive scenes took place on the streets of Rotterdam on Friday night, the debate is raging over the moves between the so-called “G” versus “2G”, “2G+”, or “3G”. One of the key differences is whether unvaccinated people will be able to access normal services, such as bars, restaurants, and public transport, even if they have an up-to-date negative test result. It seems that only fully vaccinated people will be able to do so.

And still the EU says absolutely nothing

With people shot by police on the streets of Rotterdam, and extreme Covid lockdowns and measures against unvaccinated people now becoming mainstream, the usually vocal EU Commission has been… well, silent.

Not a peep out of Ursula von der Leyen about any of this. Not one word from the usually indignant EU Parliament. And nothing from the EU Council President Charles Michel, but then he has hardly proved to be a great communicator at the best of times.

One can only wonder, if Hungary’s Viktor Orban had announced the authoritarian measures which Austria’s Alexander Schallenberg announced on Friday, would there perhaps have been some comment from the EU?

Well it seems that Ursula fond-of-Lying needs some new ideas for propaganda purposes at the moment.

So much for the EU, human rights

What say you now remoaners? That the lies have built up to a point where they are just and fair but the reality is unshakeable. You whom would give the keys to the kingdom, to live under their spiteful rule, rules which have decimated our industrial complex and taken the opportunity of work from our own people. The truth is out and you sided with federal fascists who require our undoing to bring forth their rule.
Long live the truths of your treachery, may your punishment be a lesson to all future generations.

How does the EU Commission vice presidency competencies of Promoting our European Way of Life figure in this and the building of a genuine Union of equality and diversity.

Economically, no European nation can afford another lengthy lockdown. People who are curiously afraid of needles & conspiracy theorists are only making this worse. Civic duty would be to get the damn vaccine like everyone else - but no, they'd rather gather en masse & spread it even more. There is no helping stupid. I don't blame Austria for finally having enough of being held hostage by these people who have too much time on their hands & spread disinformation & a virus simply cause they feel like it. Personally, I'd say it's up to every individual whether they get it or not but at this point, when millions have taken it & have few adverse affects, it's just pure stubbornness. Thank Trump for all this & other madness, he encouraged right-wing zealots to mistrust experts while secretly taking the vaccine himself. Him & his pals. Pretty much like here - publicly mistrust experts just to get a vote but secretly follow their advice as it is merely common sense.

How does the ECHR Article 14 Discrimination Item J 'Other Status' Health and Disability square with Covid?
"171. As regards discrimination against people with infectious diseases, the Court has considered that a distinction made on account of an individual’s health status, including such conditions as HIV infection, should also be covered – either as a disability or a form thereof – by the term “other status” "
What might be contentious is that it would appear that the discrimination is against healthy people who, for whatever reason, decline the vaccine rather than those who are infected.
Any ‘legal eagles’ out there with a constructive comment?

They’re silent because they are all thinking about doing the same!

Seems extreme when water cannon will do..( and I don't agree with using them often but rather than live ammunition)....True colours of EU being shown methinks