Mr President, it's the EU that broke the Good Friday Agreement, not the UK 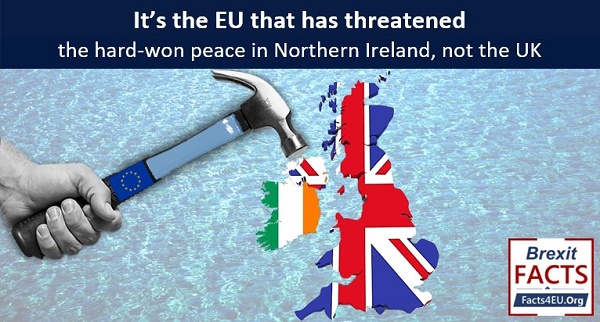 According to The Times, Yael Lempert, President Biden's Chargé d’Affaires in the UK, has issued the Government with a démarche - a formal diplomatic reprimand - for 'inflaming' tensions over the Good Friday Agreement.

The US expressed its 'deep concern' about the UK's actions and behaviour in relation to the Northern Ireland Protocol. 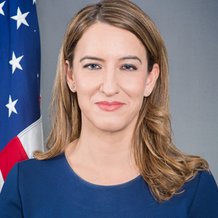 In addition, yesterday the French President, Emmanuel Macron, weighed in during one of his long press conferences at the Elysée Palace, on the eve of his visit to the UK to attend the G7 Summit in Cornwall today. 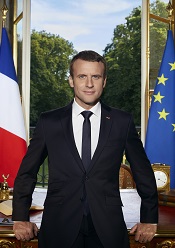 After his speech he was questioned by journalists. When asked about the Withdrawal Agreement and its N.I. Protocol, Monsieur Macron said:

“Nothing is renegotiable. Everything is applicable.”

It seems clear that France has no desire to see the N.I. Protocol work in practice and wishes to impose as much damage on Northern Ireland and on the United Kingdom as possible.

Governments worldwide need to be informed - and not by the EU

As long ago as last September we reported that the Speaker of the US House of Representatives, influential Democrat Nancy Pelosi, had launched an attack on the UK over the Government’s moves to protect the Good Friday Agreement between Northern Ireland and the Republic of Ireland.

Unfortunately Ms Pelosi’s statement betrayed a lack of understanding of the facts and of who is at fault, and this mistaken opinion has been allowed to persist across the Atlantic to this day.

The Good Friday Agreement is the bedrock of peace in Northern Ireland. If the U.K. violates its international agreements & Brexit undermines the Good Friday accord, there will be absolutely no chance of a U.S.-U.K. trade agreement passing the Congress. https://t.co/n7E4GHTJcI

It must always be remembered that it was the EU which insisted on a 'Northern Ireland Protocol'. It did so despite other solutions being available, which were being advocated by the heads of Customs of the UK and the Republic, and by the expert report of the EU Parliament.

Facts4EU.Org presents some facts
of which neither President Biden nor Speaker Pelosi seem to be aware

We are quite sure that President Biden would not permit a foreign power dictating that Texas had to obey the foreign power's directives and laws, nor that all the other US States could not sell to Texas without going through extreme border checks for their products. As with any sovereign country like the US and UK, the maintenance of the free flow of trade within the country should be a given.

The EU weaponised and endangered the Belfast Agreement, threatening peace

Regrettably the EU colluded with the government of the Republic of Ireland to capture part of the sovereign territory of the United Kingdom, as part of its intended punishment of the people of the UK for voting to leave the EU. Any objective look at the facts demonstrates this beyond a doubt.

It is a fact that the EU and the Irish Government prevented UK and Irish Customs from agreeing a simple border solution using technology and 'trusted trader status'.

It is worth reading what one of the two main architects of the Belfast Agreement, The Rt Hon The Lord Trimble PC had to say on what the EU has done. Lord Trimble received the Nobel Peace Prize for his work leading to the Good Friday Agreement, so his words carry weight.

“Since the laws governing 60 per cent of economic activity in NI will no longer be made at Westminster or by the devolved Assembly, but by an outside law-making body, the EU, and those laws will be subject to interpretation by a non-UK court, clearly the constitutional position of NI has been changed without the consent of the people of NI as required by the GFA.

“Furthermore, there is no way in which the people affected by those decisions will even have a say in the making or application of them.” 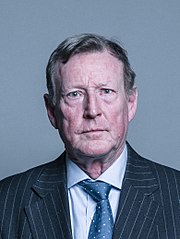 The sheer nonsense of the EU's position

The EU’s Withdrawal Treaty requires the imposition of tariffs between the UK and Northern Ireland where these goods could be deemed to be at risk of being exported south to the Republic of Ireland. Furthermore it requires stringent checks on many goods including food products such as burgers and sausages - even if they will be consumed in Northern Ireland - to ensure they meet EU standards. As a result of the Protocol, it is EU standards which must be applied, by EU law, in what is supposed to be a sovereign part of the United Kingdom. Regardless of this unreasonable imposition by the EU, the UK's standards are already identical to the EU's. It is therefore a non-issue, but the EU insists on making it one.

“International law does not justify a later treaty to which these community representatives are not parties being used to over-ride the rights they enjoy under the earlier treaty, especially where it involves over-riding such a fundamental right as the right to self determination of the people of NI.”

“The EU has a long history of disregarding adverse rulings by WTO disputes bodies, for example on subsidies to Airbus. The ECJ itself in a case called Portugal v Council decided that it should not give any direct effect to the WTO Agreements under EU law, because that would force compliance with the WTO obligations and so have the consequence of depriving the EU’s legislative or executive organs of the possibility entering into negotiated arrangements.”

“The Protocol sets out the clear principle that NI is part of the customs territory of the UK, so goods should be allowed to flow from Great Britain to NI without tariffs. There are provisions for the UK authorities to levy EU tariffs on goods which are “at risk” of crossing the open border into the EU. The problem is that the circumstances in which goods are to be treated as “at risk” are not defined in the Protocol, and joint agreement is needed with the EU on the rules which would define this.”

Selected excerpts from the article by Martin Howe QC

Part 3 (tomorrow): The EU has deliberately manufactured a problem which barely even exists

In yesterday's edition of Facts4EU.Org we published our 'Protocol Primer', which contained the key text of the Protocol. In tomorrow’s (Saturday) edition we will publish devastating testimonies from senior figures in the official bodies running the Republic of Ireland’s and UK's Customs and Excise, together with a damning quotation from the EU officials revealing how the EU negotiated with the UK.

The harsh evidence we shall publish makes clear the agendas of the Irish Government and the EU, over Northern Ireland and the Good Friday Agreement.

In a subsequent report we will also show that the entire issue of the Northern Ireland border has been manufactured by the EU over an amount of trade so tiny as to be irrelevant to them.

It is essential that the truth about the whole issue of the Northern Ireland border is in the public domain. We find it simply extraordinary that the UK Government seems unable to communicate this.

Whilst some of this fiasco may be down to the usual Remainer civil servants being unwilling to present any case which shows the EU in a bad light, this cannot explain the complete absence of any debunking of some of the statements from the EU and by some UK Remainer politicians who have never accepted the democratic result of the UK's EU Referendum. These statements have been influencing opinion around the world, as can be seen by the statement by the US House Speaker Pelosi and by President Biden's actions last week in issuing a démarche to the UK Government.

For years we have publicly lamented the appalling performance of the Government’s various communications departments, in ever more strident terms. We even offered to assist them, if they needed facts to back up Government statements and press releases.

It is wholly unacceptable that the Speaker of the House of Representatives has taken a position – from which she will find it very difficult to row back – that no UK-US trade deal will be approved by Congress if the UK Government acts to protect the integrity of the Union and the integrity of the Good Friday Agreement.

Facts4EU.Org were the first to publish a condemnation of the draft Withdrawal Agreement when it first surfaced, and we condemned it repeatedly all the way up to the slightly revised version signed by Boris Johnson in January 2020.

We are where we are, but the abomination that is the Withdrawal Agreement and Northern Ireland Protocol does not preclude the most strenuous efforts from being made to clean it up so that it does not irreparably damage the tortuous peace process which led to the Good Friday Agreement.

In Saturday’s edition of Facts4EU.Org we will publish the next part of this summary on Northern Ireland and the Good Friday Agreement. You do NOT want to miss the devastating evidence we present against the EU.

Finally, we need your help. We have far more to do in researching, publishing, campaigning and lobbying Parliament than we have in terms of the financial resources to fulfil these tasks. We rely 100% on public donations from readers like you. Unlike the pro-EU camp, we do not have foreign billionaires to subsidise our work.

If you believe in a fully-free, independent, and sovereign United Kingdom, please make a donation now. It’s quick, secure, and confidential, and you can use one of the links below or you can use our Donations page here. And you will receive a personal, friendly ‘thank you’ from a member of our team within 24 hours. Thank you so much if you can help to keep us going in these critical months ahead.

[ Sources: The Good Friday Agreement | The Withdrawal Agreement | The Elysée Palace | CBP | Martin Howe QC article, (Chairman, Lawyers for Britain) ] Politicians and journalists can contact us for details, as ever.

The UK signed the agreement - probably without so much as reading the entire thing. Raab already admitted that as Brexit secretary he hadn't read the TGFA. That's like the pilot of your plane announcing in mid-air -" I don't have my licence; it'll be the easiest flight, ever"
This is disaster economics which provides the prefect cover for corruption - throw in a pandemic & you have the perfect storm.
The title is clickbait & wrong. This is a fact site? Even after we've left the EU - times must be tough.
The people calling for a tit-for-tat with the largest trading bloc on our doorstep are the reason why we're here in the 1st place.