The moment Boris showed he hasn't yet recovered 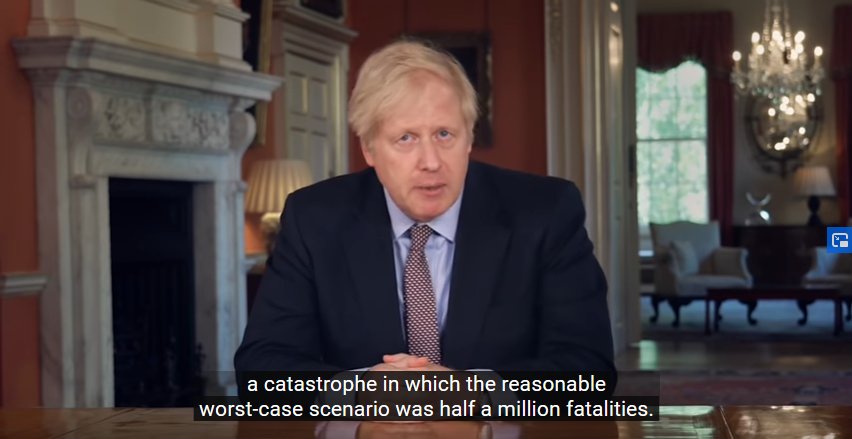 © No.10 Downing Street (see below for full video)

The Government based its Coronavirus strategy on the report by the team at Imperial College London led by Professor Ferguson. This was published on 16 March and it changed the course of history in the United Kingdom.

It was Imperial's prediction of 510,000 deaths which caused the Government to reverse its strategy and within days put the entire country into lockdown and put the United Kingdom population under effective house arrest.

Over and again Government Ministers have told the public: “We must follow the science” 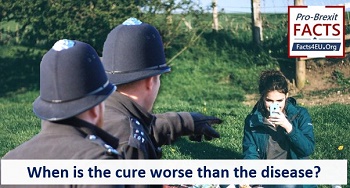 The week before last, the team at Imperial finally published their computer model after being asked repeatedly for many, many weeks by other scientists and researchers to do so.

The concept of “peer review” is essential in science but the Imperial model had never been subject to such scruitiny, before it caused the biggest impact on society and the economy ever in peacetime.

The Government’s “science” turns out to be an Imperial turkey

The Imperial team were highly reluctant to publish, because the code behind their model was many years out of date, poorly constructed, and contained catastrophic bugs. They then spent weeks with a team from Microsoft, rewriting the code before they published it almost two weeks ago. (In other words it wasn’t even the mess on which the Government’s lockdown was based – it had been vastly ‘improved’ compared to the first version on which the Government's strategy was decided.)

And STILL Imperial’s model turned out to be so bad that it has left the professional mathematical modelling community stunned.

As many of us suspected, the model is to all intents and purposes useless. (Mathemeticians, coders, modellers, and scientists might prefer the term “unreliable”.)

Can Boris REALLY still be “following the science” from this discredited Imperial model?

Unfortunately it seems that he is. In his televised speech to the nation yesterday evening he said the following:-

Key excerpt from the PM's speech to the nation yesterday

“It is a fact that by adopting those measures we prevented this country from being engulfed by what could have been a catastrophe in which the reasonable worst case scenario was half a million fatalities.”

It was the Imperial model’s predictions of over half a million deaths from Coronavirus which persuaded the Government to change course and impose a severe lockdown on the country.

Brexit Facts4EU.Org has asked a prominent political figure to write an article on the lockdown and on what should happen next. We hope that this important article will be ready for readers in the next day or two.

We suspect that this will be a powerful piece and you do not want to miss this.

In the interim we simply had to draw readers’ attention to what the PM said yesterday. That one sentence which we have quoted above reveals that Boris Johnson still seems to be following the disastrous and discredited modelling from Imperial College.

We have been unable to find any reference to this sentence in the articles from the BBC and mainstream media, so we felt compelled to draw it to readers’ attention. In our view it is profoundly worrying.

Should the Govt now recognise this officially and publicly?

Is it time for a radical (and very, very fast) rethink of the data-gathering, data-analysis, and decision-making process? And should the Government now spell out in black and white how much the lockdown is costing each day, how many jobs will be lost forever, how many lives are being lost to non-Covid deaths which are being caused by the Covid measures, etc?

In other words, is it time for honesty from the Government and will the public respect it if the Government fronts up about the poor quality of “the science”?

Please donate something today if you can, to keep us going. We have an excellent Brexit article almost ready for tomorrow, and we hope to publish a very important piece by a polician and major businessman in the next 48 hours. If you believe in free speech and a fully free and independent United Kingdom, we would love to have your support. Thank you so much.

[ Sources: No.10 | Github (where model is posted) | Imperial Report on COVID-19 mortality and healthcare demand ] Politicians and journalists can contact us for details, as ever.

Alternative methods of transport for getting into work (for those who feel inclined) and can't use public transport:
Elephant
Camel
Horse
Donkey
Ostrich
Ox
Single seater plane/helicopter
One person canoe
One person submarine
Sedan chair
(With thanks to the readers of The Daily Hero for these suggestions. Together we can destroy our lives.)
#hashtag

Well said Patrick. The establishment seem to be hellbent on 'subzero carbon' - Johnson may win Brexit and Corona battle, but I fear it is leading to a Labour government and then the country is finished. The only way the slide to mediocrity will be halted is if the left in all the rainbow of varieties is de-powered from any position of influence or power.

Patrick, then I’d better prepare new excuses in advance, adapting to the new situation.
“Sorry I couldn’t come to work Boss, but
I saw that my elephant was pink,
My camel broke his back,
My horse was high,
I haven’t seen my donkey for years,
My ostrich buried its head in the sand,
My ox was in the ditch,
My plane and helicopter are grounded (failed EU inspections)
I can’t paddle my own canoe,
My submarine has sunk,
And my sedan chair had a flat tire.”

This was the figure proposed by the now disgraced Fergusson.

The known cases of Covid 19 is currently quoted as just under 220,000, but unfortunately testing is still way behind. We need facts on who the virus carriers are, not computer guesswork models.
To end social distancing we need instant testing and a photographic virus free certificate to open up air travel. The app is unlikely to work for every one and will only denote proximity to a reporting carrier, as I understand it.

He's just saying what was advised initially based on no precautions - it's consistent.

Working with (for) international jewry just like churchill eh Boris?

Kids are practically immune from catching the virus and therefore VERY rarely pass it on. There are absolutely no reasons to keep kids from school - millions of children will now be away from school for 6 months.
I've said before there's no cost/benefit analysis by those bunch of UCL/NHS bosses failures during the daily "briefings" - the Govt is paralysed by its own project fear.

Going back to Thursday, May 07, 2020, 05:17 - Blitzkrieg on EU: Germany slams EU Central Bank and EU Court of Justice.
Falling out in the EU.
The European Commission could open a legal case against Germany over a ruling by the country’s constitutional court that the European Central Bank had overstepped its mandate with bond purchases, the EU executive arm said on Sunday (10 May).
The German court in Karlsruhe last Tuesday gave the ECB three months to justify its flagship euro zone stimulus scheme or said the Bundesbank might have to quit it.
In response, the European Union’s top court – which had previously gave its green light to the ECB scheme – and the European Commission have said that EU law holds precedence over national regulations. They added that the European Court of Justice’s rulings were binding for courts in the 27 member states of the bloc.
On Sunday, Commission President Ursula von der Leyen went a step further, saying the EU executive might end up opening a legal case against Berlin.
Will there be another EU fudge or will the Teutonics hold firm