EU admits its new €10.5 billion slush fund will be used to buy weapons 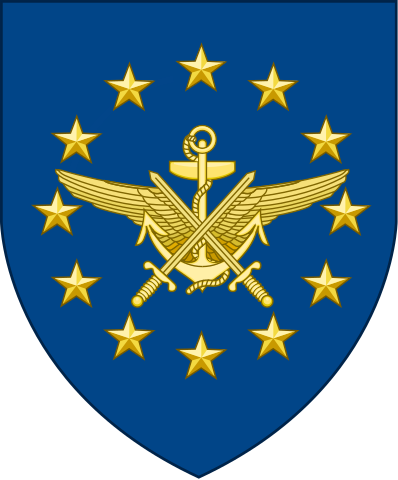 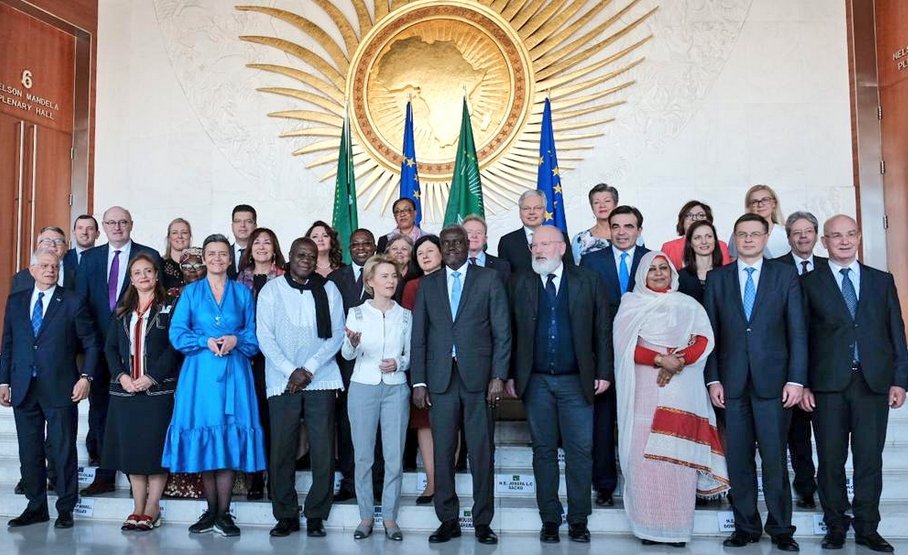 On Friday the EU’s Vice-President and High Representative, Josep Borrell, made a series of revealing statements about the EU’s military intentions. These included the use of a new €10.5 billion, ‘off-budget’ slush fund to buy and provide weapons.

Over the past four years Brexit Facts4EU.Org has researched and published more on the ‘EU Army’ than any other Brexit organisation – including the well-known one specialising in defence matters. The latest statements coming from the EU merely confirm once again that all of our reports were true.

At the end of last week EU High Representative Borrell – in reality the de facto Foreign and Defence Secretary of the EU - was in Ethiopia as part of an African tour by most of the EU Commission. Part of his tour took in a visit to the Fontanina Shoe Factory of the Ethio-Leather Industry Plc (ELICO). He was viewing a project funded by money from EU taxpayers, including to a large degree taxpayers from the UK.

In response to reporters’ questions the head of the EU’s External Action Service said:

“Let us be less angelical and put a foot on the ground.
We are fighting a war, and when you face a war, you need to do war.”

“The Peace Fund will be able to provide equipment….”

“… When you go to fight, you have to have war equipment.”

In 2014 Nigel Farage accepted a challenge from the then leader of the LibDems, now a very highly-paid Vice-President for a multinational corporation, Facebook. The two debated on BBC television and this debate included the now infamous exchange on the EU’s military ambitions.

Over and over, Mr Clegg referred to Mr Farage’s claims as being a “dangerous fantasy”. Here is that exchange.

At the time of writing, Mr Clegg has yet to issue an apology to the British people (and to Mr Farage).

Here is just one small example amongst many examples of the EU’s determination to become a military power. This comes from the new EU Foreign and Defence Secretary, Josep Borrell, THIS YEAR:-

For years we have been battling the lies about the EU’s military intentions. Brexit Facts4EU.Org has researched and published more on this subject than any Brexit organisation, including the one dedicated to the subject of defence. A great many of these articles are in our Brexit Index – the largest index of Brexit facts on all topics, in the World.

Only four months ago, a few weeks before the General Election, we published the most widely-circulated one-pager on defence out there. Several other Brexit organisations backed this one-pager, but sadly the main veterans organisation was unable to do so because we used the term “EU army”. They could not accept this.

We have always tried to use the language of ordinary people, and frankly the EU ARE in the process of building an EU army, navy, and defence force to replace NATO. As with almost everything else they do, they have been doing so gradually and in many cases stealthily. This does not make the motivation and desired end result any the less certain. Back in 2017, we interviewed Maj-Gen Julian Thompson, British land commander on the Falkland Islands for the amphibious assault. He agreed 100% with our view.

The supreme irony of course is that EU countries have never been able to fund NATO properly, but the EU apparently now thinks they can fund an EU defence force to replace NATO.

Trying to be nice to them, we can only say “good luck with that”.

Please donate to us today so that we can continue to see Brexit through. Our work DOES make a difference. Here is a link to an article by respected academic Professor David Blake on the Briefings for Britain website. That site is read by politicians and by those who influence the debate. Our work is cited several times in the article.

Quick and secure donation links are below. Thank you for anything you can do, and you will get a personal reply.

[ Sources: EU External Action Service | EU Commission ] Politicians and journalists can contact us for details, as ever.

Nice work earning mentions in the Briefings for Britain report. I'm not surprised it's your work regarding the UK goods/services relationship with EU. Those figures help burst many of the myths long pedaled by the EU about UK being a irrelevant tiny bit player and economically reliant on the EU.
After years of enduring howls of fury and self-righteous indignation from Remainers whenever an EU army was mentioned, the silence now is deafening.
As you say, goodness knows how they're going to pay for it all, but at least it won't be with our money!

Now you know why the EU didnt have their accounts audited correctly, they were stashing money away for their army.

"Clueless Clegg" - love the description it's so apt!
And yes he should apologise to all of us, so should all the Remoaner politicians who lied about so much before and after we voted.

The ex MP Sir Nicholas Soames, said there would be no EU Army because the Prime Minister David Cameron had told him so.
Draw your own conclusions.

You cannot fix dumb. How anyone could believe a word of Clegg or Soames I will never know.

god these EU officials are dense the EU Army what a joke I bet Mr Putin is laughing into His Vodka as We speak, Ode to Joy People Ode to Joy or Ein Volk, Ein Reich Ein Merkel

5 - Annoyed - and don't forget the biggest fibbers of all - the vacuous DAVID CAMERON and TREASON MAY …! (Actually, the list is too long to print here …)

Barbara Jell (7) yes that list is very long and growing.

Defence / EU: Thank you. A very good article.This was always something kept back from the general public, very little ever on MSM. FYI - By now quite an old piece but I reread it recently myself - On the 'Briefings for Britain' website under their Foreign Affairs tab, it's a transcript of a speech to The Heritage Foundation by Prof. Gwythian Prins dated 01/5/19 on US/UK Defence Relationship but much re EU Defence Union. May be of interest.

I know this is off topic but please don't watch today's BBC report about fishing rights unless you can control your blood pressure - it's an utter disgrace...and we pay for this propaganda....