Yesterday, Chancellor of the Duchy of Lancaster and Minister for the Cabinet Office the Rt Hon Michael Gove MP made an extraordinary statement in the House of Commons. In his opening remarks he stated:

“Throughout 2020, we have worked intensively to ensure that the withdrawal agreement, in particular the Northern Ireland protocol, will be fully operational on 1 January 2021.”

This is the Withdrawal Agreement which effectively partitions the UK and grants a foreign power legal rights in the UK’s sovereign territory. Not only is the UK Government apparently still accepting this broken agreement, it seems that it has been working 'intensively' to implement it. As he went on, Mr Gove stated:

“The agreement also respects the protocol provisions, which were endorsed by Parliament, that allow some EU officials to be present at Northern Ireland ports as UK authorities carry out our own procedures.”

In short, officials from a foreign power will have the right to be on British soil, supervising UK government officials. He then confirmed that the measures the Government had taken with the Interim Markets Bill to negate the power of the EU were now being withdrawn, as well as further UK protections which had been planned for the finance bill.

“Of course, the agreement we have reached also enables the Government to withdraw clauses 44, 45 and 47 of the United Kingdom Internal Market Bill and avoids the need for any additional provisions in the Taxation (Post-transition Period) Bill.”

Gove: “Yes, it is the case that as a result of some of the provisions in the Northern Ireland protocol, there will be a requirement on some businesses in Northern Ireland specifically to follow the acquis.”

The ‘acquis’ is the EU’s body of laws, directives, and regulations. Mr Gove didn't say so, but these will also apply to businesses in England, Scotland and Wales in respect of state aid provisions. 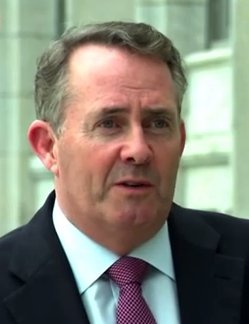 Mr Gove was pressed on this point by Richard Drax MP:

Drax: “…my right hon. Friend has said on many occasions that we must leave together. In answering questions … he said—unless I am incorrect—that EU law will apply in Northern Ireland, as will the European Court of Justice. We have gone to all this effort to be free of those structures. Can he say whether I have got it wrong or he has got it wrong—one or the other?”

Mr Gove’s reply confirmed the case that EU law will apply in Northern Ireland. He was silent on the impact on businesses in mainland GB which export to NI.

From Westminster to Brussels

Below we publish the short statements from each side, following the Prime Minister’s flying visit to have dinner with EU Commission President von der Leyen yesterday evening.

“The Prime Minister and President von der Leyen met for dinner in Brussels this evening.

“The leaders had a frank discussion about the state of play in the negotiations. They acknowledged that the situation remained very difficult and there were still major differences between the two sides.

“They agreed that Chief Negotiators would continue talks over the next few days and that a firm decision should be taken about the future of the talks by Sunday.

“The Prime Minister is determined not to leave any route to a fair deal untested, but any agreement must respect the independence and sovereignty of the UK.”

“We had a lively and interesting discussion on the state of play across the list of outstanding issues.

“We gained a clear understanding of each other´s positions. They remain far apart. We agreed that the teams should immediately reconvene to try to resolve these essential issues.

“We will come to a decision by the end of the weekend.”

Ever since the first version of the abominable Withdrawal Agreement was published we have condemned it as totally unacceptable. Our condemnation continued up to and including the re-negotiation conducted by Mr Johnson and his team late last year. The final version was signed by Mr Johnson on 24 January this year (2020).

The Withdrawal Agreement including its Northern Ireland Protocol partitions the United Kingdom, gives EU law supremacy over UK law, and breaks the Good Friday Agreement – amongst its many other serious flaws.

Yesterday in Parliament Michael Gove was forced to concede that our position, long held, is correct on all the issues he was questioned about. This simply isn’t Brexit.

We have one question for Mr Gove

Following his negotiations with the EU, is the Withdrawal Agreement and its Northern Ireland Protocol now to be redrafted, replaced, or rescinded completely? If not, then under the legal arrangements of this agreement the United Kingdom is neither united nor sovereign.

This is fact. No amount of sophistry (at which Mr Gove is certainly an expert) can pull the wool over anyone’s eyes. This is a Brexit sell-out.

Regarding the dinner between the Prime Minister and the EU Commission President, what is there to say? Yet another deadline has been set: Sunday night. Four more days of pointless dialogue between Monsieur Barnier and Lord Frost.

And at today’s EU Summit of the leaders of all 27 EU countries, the UK-EU trade deal isn’t even on the agenda.

If you found this article enlightening and useful, please donate something to us now. We need public donations to continue our work and we receive nothing from other sources. Quick, secure, and confidential links are below this article. We really need your help today. Thank you so much if you can help to keep us going.

[ Sources: UK Parliament (Hansard) | No.10 | EU Commission ] Politicians and journalists can contact us for details, as ever.

So one of the first tests failed.
Neither side will change its position in the next four days.
Really what's the point of discussion.
The Eu are waiting for bojo to bend and give them what they want.
The future survival of Britain,The conservative party and the prosperity of the British people rest on the next few days.
Do the right thing Mr Johnson.

These talks are really a complete and utter joke. What the EU wait for is for Boris to cave or the British to kick out the Conservatives and elect old Labour again.
Just as in the USA, the communists are almost in power they wish the same for the UK. Once that is done, full steam ahead for the Great Reset and communist utopia again.

The Eu believe that in the unlikely event the Uk leaves with no deal (wto) they will create mayhem at the ports for as long as is necessary,Until the Uk bends and goes back to the table.
The french will be particularly good at this.
We must fight fire with fire.

They're finished if they give any power to the eu.

@ Ashley, he wont do the right thing, deceit is the new black in politics.

Gove previously stuck a knife in Boris's back. Now he's done it to the whole nation.

So we get the worst of both worlds.
We had the opportunity to be self governing after the last 4 decades and they have thrown us under the bus.
I don't why I had any faith in these morons.
RIP UK
FU tweedledum and tweedledummer.

If they renege on the mandate then all those involved should resign and a fresh general election take place.The lies and deceit by politicians should be a criminal offence???