‘Is Parliament sovereign? – A personal view by an ordinary pleb’

A Brexit Facts4EU.Org team member looks at the issue of sovereignty and EU membership 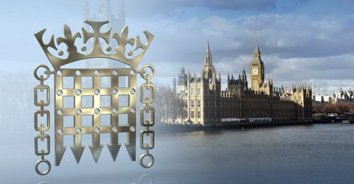 A large number of our pitiful MPs constantly pronounce on the 'sovereignty of Parliament' at every opportunity in their desire to block and reverse the expressed will of the people. Yet everyone knows that EU law is supreme whilst we remain members.

EU regulations and decisions, and some Directives (if not implemented by the deadline for Brexit) have direct effect on our law, bypassing any scrutiny by our legislature. Directives must be translated and implemented into our domestic law. How can our Parliament claim to be sovereign when it has to follow the directions of a foreign power?

The existence of Parliament depends on it being sovereign. It is 'The Queen in Parliament'. The sovereignty of the people is vested into (i.e. loaned) to elected representatives of the people to act on their behalf. It has unlimited power, thus 'control' by the people is exerted by periodic elections. Well, that's the theory.

How Parliament has constrained itself

As noted above, Parliament has unlimited power. It can only be constrained by itself. Therein lies the answer as we look back to the increasing contortions and sophistry used since we were taken into the EEC and the famous 'no loss of essential sovereignty' to claim that Parliament is sovereign.

Going back to the European Communities Act 1972 (ECA), which only passed by 8 votes, the bottom line was that the constraints on Parliament's power that the Act brought about were voluntary, temporary and retractable. Therefore Parliament was still sovereign as we could leave at any time and repeal the legislation.

At each new Treaty, Maastricht, Amsterdam, Nice and Lisbon, more contortions came to 'protect' the so-called sovereignty of Parliament, the essence of its existence. Some by ratification clauses in the Treaties, others by Acts of Parliament culminating in the European Union Act 2011. The question that one has to ask, is whether these are merely authorisation mechanisms or maintenance of 'control' and ability to exercise sovereignty?

Theoretically and technically, Parliament is able to pass any law even if it does not comply with EU law as long as it clearly states so, so Parliament is sovereign. Or is it?

The fishy business of EU law

Back in 1991, there was the Factortame case which demonstrates the Catch 22 position that we now find ourselves in. 95 Spanish fishing vessels, formerly registered as ‘British,’ were not able to comply with the new re-registration requirement of predominantly British ownership contained in the Merchant Shipping Act 1988. This was because they were managed and controlled from Spain. They challenged the Act on the basis of breach of the EC treaty (discrimination by nationality).

Following an ECJ ruling - that the UK lost, no surprise - the Lords ruled that parts of the Act must be set aside, despite the Act being passed by our 'sovereign' Parliament. Lord Bridges famously stated that “whatever limitation of its sovereignty Parliament accepted when it enacted the European Communities Act 1972 was entirely voluntary”. Thus the paradox was maintained. Parliament was 'still' sovereign whilst accepting the supremacy of EU law.

Does it sound like Parliament is sovereign to you?

Does it sound like Parliament is sovereign to you? Reality indicates otherwise, despite the legalistic contortions and sophistry to persuade us otherwise. If Parliament has 'voluntarily' ceded lawmaking sovereignty to the EU (eg Factortame), the key function of Parliament, what is left of Parliamentary sovereignty? The only thing that remains is the vested sovereignty of the people. And this was clearly exercised on 23rd June 2016.

One thing is clear. On our exit from the EU and the repeal of the European Communities Act 1972, Parliament will again become 'fully' sovereign. It really is bewildering to see MPs protecting the sovereignty that they have 'voluntarily' ceded to a foreign power, yet resisting and fighting the source of their remaining sovereignty that still exists - that temporarily transferred from the people. Anyone might think that they are afraid of being responsible and accountable or just not up to the job.

The current claims that Parliament is sovereign is an illusion masked by legalistic contortions to maintain the facade.

Is it deliberate deception?

If this is deliberate deception, to what end? The answer may lie in the most vociferous devotees who claim that Parliament is currently sovereign. They all appear to be those that want to remain in the EU, and are resisting the restoration of 'temporary' ceded powers.

The words most heard in Parliament 'I will not allow a no deal brexit' . Parliament has become tribal, with the SNP ever more demanding that Scotland should separate from the Union and live in their EU nirvana. There was open declaration by the SNP, Liberal Democrats and to a lesser extent Labour that they have achieved the democracy they want, in preventing the UK from leaving the EU without a deal.
The media have totally filled their minds with the disaster that will befall us if we dare to implement the referendum result.
What they are blind to, is they can only prevent the 'NO DEAL' by signing the Withdrawal Agreement on offer and unamended. The Bill is to force (if granted by the EU Council) three month extension in 'no mans land', with no negotiations and paying in.
The Labour MP Stephen Kinnock has an amendment that will happily occupy the extra three months to no purpose. Reviving May's deal, kicking it around and then rejecting it.
Oh, and Labour do not want an election - just yet.
The antics in Parliament become ever more farcical.

If everyone voted Brexit Party first, Conservative second and NO other party. That would give the remainers a dilemma as to what other treachery they could try.
What no one in the media clearly says is that this is no negotiation! This is all televised for the eu to listen and watch, so they always know our negotiating positions! I have never seen anything so stupid in my lifetime.
If we left with no deal, we would then negotiate any necessary trading deals as eu companies want to sell, they are almost in recession with all the uncertainty of the failed 'negotiations'.

The bills request for a further extension should be legally challenged.
Article 50 expired on 29th March 2019. Since then any negotiation to amend the WA has been prohibited, it is only open to ratification which has not taken place, nor ever likely to.
How long must this charade continue. Parliament are making fools of themselves. In the claim that they have avoided a no deal exit they are trapped in a strange world of temporary EU membership, lasting as long as the extension. Article 50 stated that the Treaties would cease upon ratification of the withdrawal Agreement or, failing that, after two years. The status during the extension was never clarified, it was only meant to be short.
These extensions are defeating the purpose of Article 50, the means whereby a Member State can leave. Lord Kerr said: “We needed a time limit in order to reassure the departing state that it could really depart — it would get out, it couldn’t be enmeshed forever in endless negotiation, it could escape.”
But, the extensions are preventing us from escaping.
Boris Johnson's talk of a better deal is pure bluster, he knows Barnier cannot and will not make changes, so he can leave without a deal, the only alternative.

I watched The Andrew Neil Show yesterday, and he summarised the situation as:
1. The No Deal Bill will be passed into law.
2. There will be an election on 15th Oct.
3. If Boris wins, he will repeal the bill, and we leave on the 31st.
Laura Kuenssbias said that Corbyn is under a lot of pressure from within his party to accept an election, once the bill has passed.
It's interesting to note that the Government has now said it will not try to hold up the bill in the Lords too.
I maintain that Cummings has been playing them all like fiddles!

Sadly, in Britain, the people have NO sovereignty at all and have NEVER had. THAT notion is the most fundamental pillar of our UNCODIFIED constitution. We are a constitutional MONARCHY where the sovereign used to have total power but which then mostly passed down to parliament where it has been kept ever since. This is why the idea of having referendums is so alien to us as it is an expression of direct democracy coming UPWARDS from the people whereas our constitution has the reverse idea of power coming down from the Head of State to parliament ‘the fount of all sovereignty’. This is one reason why the country has been in this horrific Brexit shambles over the last three years.

For us to have the sovereignty of the people one of parties would have to be in government and be willing to write a written and CODIFIED constitution for us and this put this notion down in writing for all of us to see but apart from the Liberal Democrat’s and the Greens both The CON Party and Labour seem to be distinctly unwilling to write such a constitution and have a constitutional court to uphold it as in Germany. I wonder why?🙄🤬

I think the political class are showing themselves up for numbskulls. It is either that or this is the continuing deliberate national humiliation that has been happening throughout my life. Are we nearing the bottom, perhaps we are. If oxymoron 'no-deal' is banned, a GE is called and the Conservatives sink, and the Germanic EU takes over everything that it hasn't already got its grubby hands on. At that point I think the bottom will be reached. Both Commons and Lords can be disbanded in disgrace, no golden parachutes or handshakes.
This sort os scenario is just what the marxists want.
If only we had politicians with guts, courage and common sense. Leave with no deal. Afterwards if the EU want some trading deals fine, otherwise let them get on with their utopia.

Sir Bill Cash really put his finger on the problem we now face: he said that the UK “has a system of parliamentary government, not government by parliament”.
This is what Lab/Libdums etc don’t actually understand, in their little hijack act.

Chicanery at Westminster. Did the Opposition really get what they wanted?
NO. They settled for placing the UK in another three months in EU no mans land, a third extension.
Article 50 expired on 29th March 2019 with no further negotiations possible under the extension restriction. Ever since then Parliament has stagnated in this semi-temporary membership.
What of this great victory, they did not stop the default no deal brexit, only put it off for another three months.Article 50 was time limited to two years, so you cannot keep asking for and being grated extensions for evermore. Change the Government, but you still have an active Withdrawal Bill.