Boris plan is not Brexit on 31 October, and it splits the United Kingdom 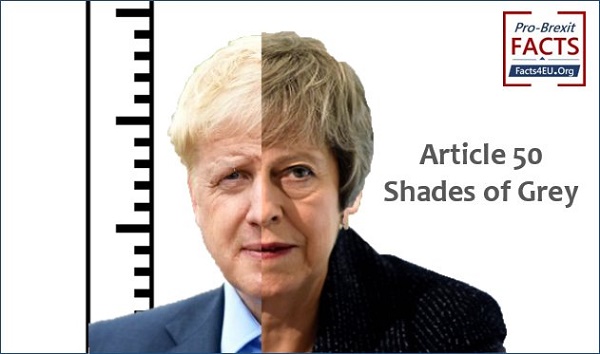 Transition period remains, meaning UK stays in EU with no say until 01 Jan 2022 at earliest

Brexit Facts4EU.Org has analysed the Government’s new ‘offer’ to the EU in respect of Brexit. Two documents were released publicly by the Government yesterday. We understand that another 44 pages of legal text have also been presented to the EU, but this document is not available.

What this is – and what it is not

Firstly, this is NOT a new deal with the EU. The documents relate principally to the infamous ‘Northern Ireland Backstop’. This is NOT a “ripping up” of Mrs May’s surrender treaty. The documents go into no detail on all the other aspects of Mrs May’s Withdrawal Agreement and Political Declaration, beyond some aspirations. Based on the two documents, here is our summary :-

Key passages from the Prime Minister’s letter to President Juncker

Readers can read the whole of the PM’s letter to the unelected EU Commission President Juncker here. Below we present some key passages:-

“This Government proposes a New Deal for Northern Ireland”

“It provides for the potential creation of an all-island regulatory zone on the island of Ireland, covering all goods including agrifood.”

“This regulatory zone must depend on the consent of those affected by it. This is essential to the acceptability of arrangements under which part of the UK accepts the rules of a different political entity. It is fundamental to democracy.”

Key passages from the Government’s “Proposals for an amended protocol on Ireland/N.I.”

Readers can read the whole of the Government’s proposals here. Below we present some key passages:-

“7 b. In addition, Northern Ireland would also align with all relevant EU rules relating to the placing on the market of manufactured goods. This would reinforce the arrangements above by ensuring that regulatory checks can be implemented at the boundary of the zone, as appropriate and in line with relevant EU law, minimising the potential for non-compliance.”

“7 c. The governance framework for this zone would be as set out in the previous Protocol.”

“9. To support this system of controls at the boundary of the zone, traders moving goods from Great Britain to Northern Ireland would need to notify the relevant authorities before entering Northern Ireland, in order to provide the necessary information to undertake the appropriate checks, and, where appropriate, prevent the entry of products prohibited or restricted by EU rules.”

“12. The zone of regulatory compliance will mean that Northern Ireland will be, in significant sectors of its economy, governed by laws in which it has no say. That is clearly a significant democratic problem.”

Reaction from UK politicians and from the EU

Arlene Foster (Leader of the DUP in Northern Ireland) : “The DUP has always indicated that the United Kingdom must leave the EU as one nation and in so doing that no barriers to trade are erected within the UK.

“This offer provides a basis for the EU to continue in a serious and sustained engagement with the UK Government without risk to the internal market of the United Kingdom. It will require changes to the draft withdrawal treaty and we welcome the fact that all sides now recognise that requirement in order to secure agreement.

“These proposals would ensure that Northern Ireland would be out of the EU Customs Union and the Single Market as with the rest of the United Kingdom.” - Official DUP statement.

[Note: See our ‘Observations’ section below.]

Steve Baker MP (Chairman of the ERG group of Conservative MPs) : “The PM’s made a very significant move here. We said we wanted to 'Chuck Chequers' and at last we have a Prime Minister putting an FTA as a destination. But we haven’t yet seen that destination set out in full and there are other problems with the WA”

Stephen Kinnock MP (informal leader of around 25 rebel Labour MPs) : “If Dublin and Brussels are happy, then we’re happy.”

Meanwhile it seems that the 21 Conservative arch-Remainer MPs who had the whip withdrawn two weeks ago are likely to back the deal. With the DUP, ERG, and Labour rebels on board this would be enough to see the deal pass the House of Commons.

EU Commission official speaking off the record : “The proposal is fundamentally flawed. If it is take it or leave it, we better close the book and start talking about the modalities of an extension. If they want to commit a stupidity, it should be fully their responsibility.”

It is tempting to say that none of the above matters, because the EU will reject the new proposals. Nevertheless we felt it was important to cover the Johnson Government’s first substantive documents to the EU.

Do they represent a plan for Brexit? No. Not even close. They relate to the frankly ridiculously-overstated issue of a border in Northern Ireland – an issue we have covered many times.

It is relevant to point out, however, that the fresh proposals represent an enormous shift in UK Government policy. They are prepared to put a border down the middle of the Irish Sea, thereby separating an important part of the UK from the mainland. The EU will at least be cock-a-hoop at this.

As to why the DUP have done an apparent U-turn, one must wonder why this is. Yesterday, after the Government’s documents were released, we picked up an announcement from the Government while the media was focusing on Boris Johnson.

The Rt Hon Julian Smith MP, Secretary of State for Northern Ireland, announced that the province is to receive more than half of the new UK Growth Deals fund, designed to support economic growth, create jobs or invest in local projects. We thought readers might like to know.

Even if the new Boris Johnson proposals are a bluff, they still matter

Mrs May’s surrender document is an abomination on so many levels. To remind readers, here is our recent one-pager on this. Even if the new Prime Minister expects the EU to reject the new proposals, these allow the EU to persist in their fantasy world, believing that the majority of what they imposed on Mrs May is in any way reasonable.

At some point someone has to stand up to this dysfunctional and increasingly-totalitarian regime, and tell it like it is.

Attempting to appease a dictator has consequences. The British people learnt that lesson at great cost in the last century.

Please help us to keep going if you can, with a donation. We acknowledge them all. We just can't keep going at this critical time without the help of you, the public, as we have no other source of funds.

Boris The Buffoon MUST GO. He is intentionally damaging the unity of the United Kingdom just to get his bastardised utter horlicks of a ‘deal’ over the line. This is wholly unacceptable. Needless to say, the SNP are already crowing in the House of Commons and making the not unreasonable point that if Northern Ireland is to get ‘special treatment’ Scotland should also and have its own arrangements with the EU.
Brexit was SUPPOSED to have been about Britain returning to being a fully sovereign and independent country once again not a total Tory shambles purely in aid of getting ‘free trade’ deals with ultra low Labour cost countries like Vietnam. Boris and the globalist CONservative and NON UNIONIST Party can GO TO HELL.

Adam Hiley, here is a good article from the British Union and Sovereignty Party (BUSP) that you mentioned in your post: https://www.unionsovereignt...

%%%% the Republic of Ireland and %%%% the so-called Good Friday Agreement which, in my view, was only ever a disgraceful British government appeasement of IRA terrorism. The DUP also has to be made to understand that the border between EU puppet the Republic of Ireland and Northern Ireland is NOT just a ‘wee little border’ they, Sinn Fein/IRA, the Irish government ext can have their own fanciful blurring it out and pretend it doesn’t actually exist arrangements over but that it represents the UNITED KINGDOM’s border and is thus an INTERNATIONAL FRONTIER ALL who live in the UK share.

It looks like the DUP are making the same fundamental political error the Liberal Democrat Party made ie getting too close to the CONServative and NON Unionist Party. The DUP need to ask themselves why the CONS are called ‘Britain’s nasty party’ The CONS are at least partly called that because in political terms they are ‘billy no mates’ and if you get too close to them they will use and abuse you for their convenience and drop you like dirt. The DUP should remember the parable of Icarus and getting too close to the Sun. Boris obviously regards both the DUP and that part of our United Kingdom called Northern Ireland as wearisome ‘collateral damage’.

Well said Steven!
The only way we will have Brexit (not defined by Remoaners or by politicians who will do anything for power) is to vote for the Brexit party

I will go further and say not only should we dump the IRA-appeasing Good Friday Agreement we should also end the Common Travel Area between the United Kingdom and the Republic of Ireland. It is high time a British government told the Republic’s government and Leo Varadkar that they can’t have the benefits of an ‘open’ border if they continue to covet the territory of another country like they do by using the GFA and the EU to detach it from the UK. The Republic and Leo continually proclaim the Republic’s ‘proud independence since 1922’ well I say you should accept the CONSEQUENCES of your so-called ‘independence’ in the EU and one of those is we in the UK should treat you as fundamentally alien to this country as Russians are by removing your citizens voting rights in our country and your free movement across our borders.

Daren it is that [DELETED BY BREXIT FACTS4EU.ORG] Caroline Lucas you are referring to the Green Party are Reds who make Jeremy Corbyn look sane in comparison

Is his why the odious and reviled Theresa May is keeping such a low profile and keeping so quiet?