“We will remember them” - and what they stood for 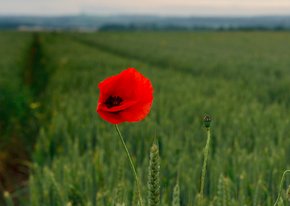 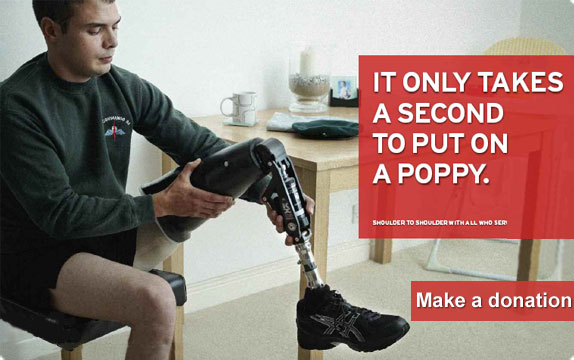 Personal thoughts from our Editor on Remembrance Sunday

Members of the Brexit Facts4EU.Org team will today be attending services in remembrance of those who gave their lives for our country in conflicts across the world. No doubt many readers will also be attending services, and many more will be observing the silence whilst watching television broadcasts, most commonly of the ceremony taking place at the Cenotaph on Whitehall.

We will all have our own private thoughts at 11 o’clock. Many readers will be remembering relatives who fought for freedom and democracy in the two World Wars of the 20th century. Some will remember relatives or friends who fought in subsequent conflicts such as those in Malaya, Korea, the Falklands, and in the various more recent operations in the Middle East.

If readers will forgive the indulgence, my own thoughts will centre around my late father, who flew Spitfires and Hurricanes against the Luftwaffe in WWII and who went on to fly fighter jets in the Cold War against the Soviet Union. He survived, but suffered injuries as a result. Sadly he didn’t quite make it to see his country vote to leave the European Union – a cause about which he felt passionately. I shall also remember an uncle who flew his Spitfire against the Luftwaffe and never made it, an uncle who fought as a Commando in the Far East, and my grandfather who was a sapper in France WWI and who flew in Lancaster bombers over Germany in WWII.

I shall also think of other relatives and people I knew who took part in recent wars and conflicts, including those who survived but are still living with the consequences such as a nephew-in-law who served in the Falklands conflict and has never been the same since. I shall also remember the words of the wife of an Afghanistan war veteran whom we hosted via Help for Heroes who said to me: “It sometimes feels like a living, lingering death.”

This is about sacrifices and what they were for

Today is not a day for politicking. But nor is it a day to forget what all those who lost their lives were fighting for.

They fought for their country, for freedom, for democracy, and for human decency. These concepts are not fashionable in some quarters, particularly in Brussels and other EU capitals, but they live on in the hearts and minds of the vast majority of the people of our great nation to this day.

This is what many politicians and the Establishment still fail to understand. Leaving the EU was never about trade, nor economics. It was always about fundamental liberties and values.

“Where there is discord, let there be harmony”

So said Dame Margaret Thatcher outside No.10 some forty years ago, mis-attributing these verses to St Francis of Assisi. (They were in fact written in France in 1912 and the English translation did not appear until 1927.)

Today we see discord across the nation. We are even seeing it in a polarisation of the Brexit community, to say nothing of the in-fighting happening amongst the Remainer community.

We all have the right to disagree with each other. Healthy debate is good. Vitriol and abuse is not.

Perhaps on today of all days, we should remember what the ultimate sacrifices made by so many brave men and women were all about.

I will leave you with the poem by Robert Laurence Binyon (1869-1943). The fourth stanza is the most well-known, but I recommend reading it in its entirety.

“With proud thanksgiving, a mother for her children,
England mourns for her dead across the sea.
Flesh of her flesh they were, spirit of her spirit,
Fallen in the cause of the free.

“Solemn the drums thrill: Death august and royal
Sings sorrow up into immortal spheres.
There is music in the midst of desolation
And a glory that shines upon our tears.

“They went with songs to the battle, they were young,
Straight of limb, true of eye, steady and aglow.
They were staunch to the end against odds uncounted,
They fell with their faces to the foe.

“They shall grow not old, as we that are left grow old:
Age shall not weary them, nor the years condemn.
At the going down of the sun and in the morning
We will remember them.

“They mingle not with their laughing comrades again;
They sit no more at familiar tables of home;
They have no lot in our labour of the day-time;
They sleep beyond England's foam.

“But where our desires are and our hopes profound,
Felt as a well-spring that is hidden from sight,
To the innermost heart of their own land they are known
As the stars are known to the Night; 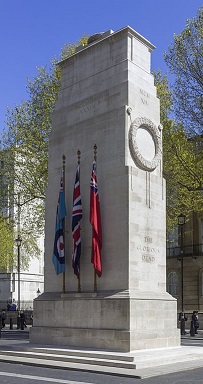 Readers who care to do so can keep us going for a little while longer by making a donation, using the quick and secure links below. Thank you.

A day to remember, and we WILL remember. Many of us will shed some tears in so doing, yet remain extremely proud. We WILL remember the fallen and the brave whom defended our great country, and we WILL remember our country went without a second thought together with our allies to liberate the continent.
I will remember my late Father in the RAF who in simple terms had to keep check on the weather. He came back or I wouldn't be here!
I will remember my Uncle who was one of the famous 'Desert Rats' during the North African Campaign. He did not come back and 'gave' his life in the tank he sat in during operations.
Of 7th Armoured Division Churchill wrote:
"At the end of February the 7th British Armoured Division had been withdrawn to Egypt to rest and refit. This famous unit had rendered the highest service . Its tanks had travelled far and were largely used up. Its numbers had shrunk by fighting and wear and tear. Still there was a core of the most experience hard-bitten, desert-worthy fighting men, the like of whom could not be found by us. It was a pity not to keep in being the nucleus of this unique organisation and rebuild it by drafts of officers and men arriving trained, fresh and keen from England and to send them the pick of whatever new tanks or spare parts that could be found. Thus the 7th Armoured Division would have preserved a continuity of life and been resuscitated in strength."
(Credits re Churchill: desertrats.org.uk).
WE WILL REMEMBER.

'They shall grow not old, as we that are left grow old:
Age shall not weary them, nor the years condemn.
At the going down of the sun and in the morning
We will remember them.'
God Save the Queen.

I am proud of the service men and women who gave their life not knowing whether they would ever see what was our beautiful lands again. For them I am proud but for the politicians who sent them to their fate I am sickened, for lets face it wars are started by politicians and their friends in high places.
Just witness what they have allowed to happen to our country and Europe in the past 10 years alone! That disgusts me, and when I hear some people suggesting that we should end remembrances I am digusted by them.

Some people suggesting that we should end remembrances [3].
I suspect that for those who are intent on following a certain political agenda, remembrances encourage too much talk and thought about freedom, liberty and democracy. Especially that this is something worth fighting for. So let's quietly get rid of them. Do it under something that sounds positive like "moving on" "look to the future". The plebs will fall for that one, just like they usually do.