Today 27 EU Commissioners will be appointed, to rule much of our lives

Summary: Who these people are, and what they can do to you 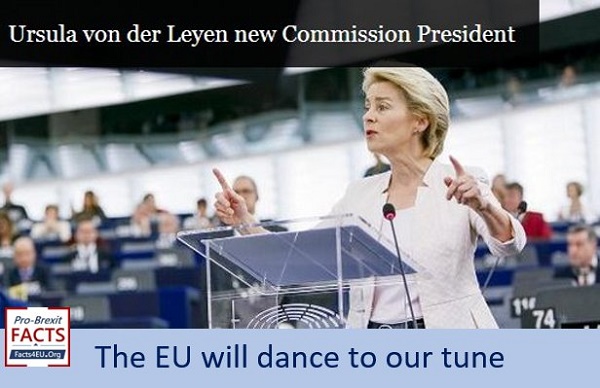 Today in the French city of Strasbourg, 27 men and women will formally be approved as EU Commissioners for the next five years. They will start work on Monday and will have a direct impact on the lives of all British people.

If the UK does indeed exit the EU at the end of the Transition Period (31 Dec 2020) their impact will diminish but will not disappear. And if the UK remains in the EU, these people’s actions will affect our lives for many, many years to come.

Constituting the ‘College of Commissioners’ these 27 men and women will be the most powerful body in the EU after the EU28 national leaders themselves.

As the EU itself says about the EU Commission:

What does the EU Commission do?

How believable are the EU’s claims for ‘democratic legitimacy’?

The EU Parliament claims that its objective is “to ensure that the EU’s executive body has the democratic legitimacy to act in the interest of Europeans.” It goes on to say that “MEPs elected Ursula von der Leyen as Commission president in July.”

How true is this?

Frau von der Leyen was a last-minute compromise candidate for Commission President, when the 28 EU leaders could not agree on anyone else. She was then put forward to the EU Parliament in July.

The vote to elect the most powerful person in Brussels 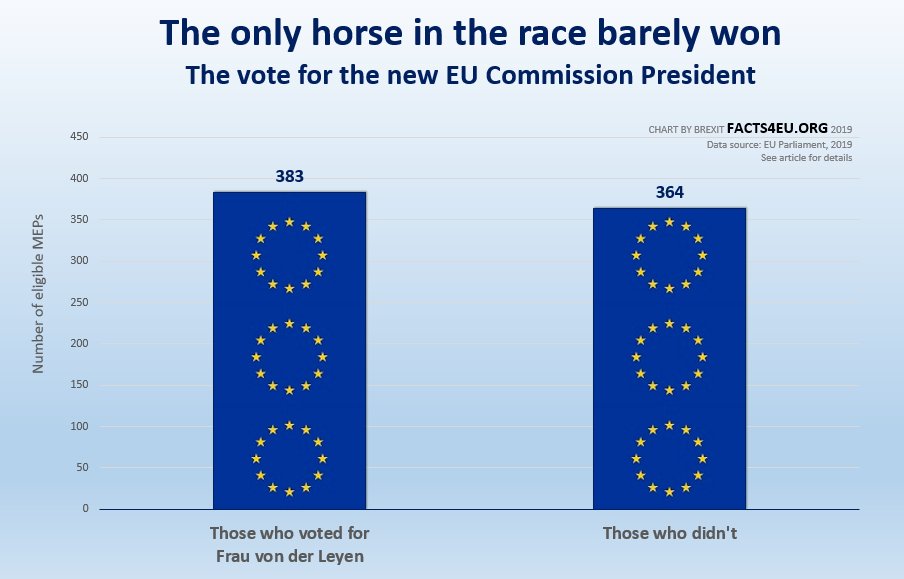 British people are accustomed to elections involving more than one candidate. This is not the case when it comes to electing EU Commissioners.

Frau von der Leyen was the ONLY CANDIDATE on the ballot paper – exactly as Jean-Claude Juncker was the only candidate for EU Commission President back in 2014.

Want to watch the proceedings?

If readers would like to watch the proceedings at the EU Parliament in Strasbourg today, you can do so here.

True democracy – as it has evolved over centuries in the United Kingdom – involves having a choice. This is one of the key aspects of what ordinary people generally mean by democracy.

‘Elections’ which only involve one candidate are common in totalitarian regimes. An ‘election’ with only one candidate on the ballot paper can only be described as a rubber-stamping exercise.

We cannot emphasise strongly enough how powerful is the EU Commission in shaping the laws, directives, regulations, ‘reasoned opinions’ and overall direction of travel of the EU. These actions affect all EU countries and their citizens. And yet this is done without any popular mandate.

The rubber-stamping exercise today in the EU Parliament will have repercussions for the British people for years to come – even if the UK exits the EU on 31 December 2020.

Finally, please help us to keep publishing what the BBC won’t. We will have to cut back even further without your help. Quick and secure donation methods are below. Thank you.

Elections with one candidate on the ballot paper? Does the EU really want to be compared with communist regimes?

Friends of our parents knew the communist direction of the EU. Sadly, the socialists/communists/marxists are emboldened right now. We need to put an end to that somehow.

On that bullet point, "Enforces EU laws" ... well, only when it wants to do so. I'm talking laws and rules. All those years of excessive French deficit, excessive German surplus. 84 Dutch pulse-fishing boats when there should only be 17.
I had also heard that the Tory MEPs voted for UvdL in that secret ballot. Might try to find written confirmation, if I had a moment.
***Can I ask a question, please? won't be able to watch Strasbourg proceedings - is there a convenient link to watch a recording on the EP site, if anybody knows?

SECRET ballot? Tells you all you need to know about this odious, dystopian, EU dictatorship and also about many of our equally odious Tory MEPs.

1and 2 EU wants to be compared with commie regimes? Well there have been enough of their 'democrats' in positions of power in EU recent years.

Could not agree more with what you say 4/Barbara Jell, but really how many of the general public in this nation know the full exstent of the ultimate dictatorship that will if we don't leave the EU (without a deal) be thrown upon us. Out of interest do we yet know who will be the Commissioner representing the United Kingdom? Never since I was 21 in 1963 and was then allowed to vote, have I been so deflated, so dispirited as I am now, looking at the miserable tribe of traiterous political individuals that, is being offered as a choice to us the voting public. Only one man really understands the workings of the European Union and knows the full implication of this nation remaining part of such a socialist governing body-Nigel Farage, and with his extraordinary decision not to run a full field, scuppers any chance of a possible future for the UK. Where will I run to? Somewhere warm! How about you?