Labour’s new Brexit policy: ‘Remain’, or ‘Remain but with no vote’

Numerous surveys over the last three years have shown that few people have had any real understanding of Labour’s various positions on Brexit.

On Thursday the Labour Party launched its manifesto for the general election on 12 December 2019. Focusing purely on Brexit, we have tried to strip out the majority of the political slogans and value judgements to bring readers the key facts about Labour’s latest Brexit/Remain policy – IN THEIR OWN WORDS.

The key points of Labour’s manifesto on Remain/Brexit

Key passages from the Brexit section of Labour’s manifesto

Note: We have removed most of the value judgements and sloganeering, to provide a shortened, easy-to-read version. Readers can read the full version here.

“Only a Labour government will put this decision in the hands of the people to give you the final say. This will be a legally binding referendum and we will implement the people’s decision immediately.”

“Labour rules out a no-deal Brexit, and we will end… no-deal preparations. No deal has never been a viable option… Labour has led the campaign to stop a no-deal Brexit.”

“We will rip up the deeply flawed deal negotiated by Boris Johnson…. Labour will secure a new Brexit deal… Our deal… will include:”

“Labour will secure a revised Withdrawal Agreement that provides legal protection for citizens’ rights… and ensures an appropriate transition period...”

“Once we have secured this new deal we will put it to a legally binding referendum alongside the option of remaining in the EU. This will take place within the first six months of a Labour government.”

“Only Labour will offer the choice of remaining in the EU, or leaving with a sensible deal.”

“This final say referendum will not be a re-run of 2016. It will be legally binding. Labour will implement the decision of the British people immediately.”

“We will introduce a Withdrawal Agreement and Referendum Bill, providing the legal basis to conduct and implement the outcome of the referendum. We will scrap the Brexit legislation currently proposed by the Tories and introduce new legislation that is in line with Labour’s priorities and principles.”

Labour recognises the huge benefits of immigration to our country. Many British citizens have benefited from freedom of movement.”

“We will end the uncertainty created by the EU Settlement Scheme by granting EU nationals the automatic right to continue living and working in the UK. This new declaratory system will allow EU nationals the chance to register for proof of status if they wish, but will mean they no longer have to apply to continue living and working in this country.”

“If people decide to leave, a Labour government will work constructively with the EU on vital issues of mutual interest and to the mutual benefit of the UK and EU. But we will leave the EU.

“Most importantly, under a Labour government, you will get the final say on Brexit.”

In a nutshell, Labour’s ‘Brexit’ policy is as follows:-

We simply do not understand why the Conservative, Brexit, and UKIP parties have not pointed this out in very strong terms. Under a Labour government a second referendum will take place within 120 days, without even a Leave option on the ballot paper.

Labour rejects Mr Johnson’s ‘Withdrawal Agreement and Political Declaration’ because it does not keep the UK aligned strongly enough in the EU. Any renegotiation with the EU by a Labour government should in fact be easy, because Labour only want to deliver almost everything associated with full EU membership, but without having any vote on anything the EU decides. The EU will lap it up.

The deliberate vagueness of politicians

Even reading the Labour Party’s policies on Remain/Brexit several times, a reader is hard-pushed to find any hard facts about their position. Our assessment is based on the words used in the document, together with the numerous statements from the vast majority of the shadow cabinet over recent months.

Does the Labour manifesto explicitly and categorically state that the UK would remain in the EU’s Customs Union and Single Market if the people voted for this new ‘Brexit deal’ in six months’ time? No.

Does it imply it in every way? Yes. And the statements from all the senior members of the shadow cabinet back this up.

Some things are clear. Freedom of movement will remain. And the UK will follow the rules and laws on business and everyday life which the EU Commission and Court of Justice decree.

Mr Corbyn’s new stance on Brexit is best described as “neutered”, not “neutral”

Finally, in the BBC election debate on Friday evening, Jeremy Corbyn declared his position in the event of a Labour-held second referendum. He will be “neutral”, he says. We would more accurately describe his position as “neutered”.

In the Sunday Telegraph today, the veteran and respected Labour MP Kate Hoey was interviewed.

“Well, the Labour Party has left me,” she sighs. “Labour simply does not have a credible policy on leaving the EU.”

“I know Jeremy is genuinely anti-EU, always has been. We’ve walked through the same lobby for decades, voting against Maastricht etc, but he’s not been strong enough. He had a Parliamentary party that was stuffed with Remainers. They knew they couldn’t get rid of him as leader so they’ve used the EU issue to get at him. Jeremy’s allowed himself to be completely stitched up, particularly by John McDonnell.” 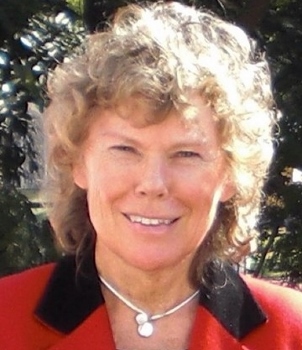 Wise old bird, that Hoey woman, and as straight as they come.

Ms Hoey, Parliament will be the poorer without you and we will all miss you.

If you liked this article, please donate something today to keep us going at this critical time. Quick and secure donation methods are below. Thank you.

[ Sources: Labour Party Manifesto | Kate Hoey interview in the Telegraph ] Politicians and journalists can contact us for details, as ever.

An excellent summation of Labour Brexit Policy.
The Shadow Brexit Secretary and shadow Cabinet have already said it is a party for remain.
Is Corbyn the Ambidexterous Leader pretending to be sitting on the fence? Is he fooling anyone.
“Labour will secure a revised Withdrawal Agreement within 90 days of taking office" !!!
How will they achieve that.
The Benn Act (voted for by Labour) is worthless, its purpose of further negotiation has been negated by the terms of the extension. Labour will require a fourth Article 50 extension beyond 31st January if they are in Government. Without it the 'no deal exit' is the default position, so what would be their options.

The other fundamental problem with the Labour Manifesto (pronounce: Money-feast-oh) is that as far as I can work it out they will splash huge amounts of money on all kinds of things, but they're not quite sure what all that money will come from.

labour will not get in thank goodness