May’s ‘Chequers Agreement’ - one year on

One year ago – the Chequers ‘Remain’ paper, Cabinet resignations 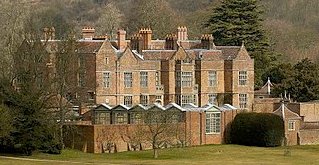 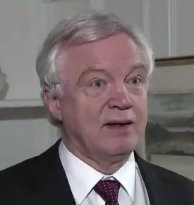 But no move against May

A year ago this past weekend, the May Government entrenched its Remain credentials following a crunch meeting at the Prime Minister’s country residence of Chequers. This led to the resignations of Brexit Secretary David Davis, Brexit Minister Steve Baker, and Boris Johnson, Foreign Secretary.

The resultant policy paper and succeeding White Paper confirmed the course on which the May Government was set : Brexit in name only, or ‘BRINO’. The agreement between Cabinet members became known simply as ‘Chequers’.

What did ‘Chequers’ say?

All of the above comes from the “STATEMENT FROM HM GOVERNMENT, Chequers, 6 July 2018”. We immediately ran an article in the early hours of Saturday morning.

In one of our articles about all of this a year ago, we made the following observation:

“Unelected civil servant Olly Robbins and his team of Remainers in the ‘Europe section’ of No.10 have done a job on presenting things in as innocuous fashion as possible. Please don’t be fooled by PR re-branding. This is pure Remainer tosh.”

Since we wrote that piece, David Davis and Steve Baker have stated that the Chequers paper was not their paper. They had been working on what they thought was the official DExEU policy paper, only to find that unelected civil servant Olly Robbins and his cohorts had secretly been working on a wholly-different, Remain paper. It was Olly Robbins’ document which was agreed by Theresa May and presented to Cabinet on that sunny July day a year ago.

For once we were in full agreement with Monsieur Barnier. The idea that the UK could operate what were in effect two different customs regimes, with the UK collecting tariffs for the EU, was simply preposterous. Only people with no practical knowledge of business and international trade could have dreamt up such nonsense.

Instead, the EU ploughed ahead with the drafting of their ‘surrender document’ for the UK, and the UK’s negotiating team acquiesced to each demand. We ended up with May’s infamous “Withdrawal Agreement and Political Declaration” – surely the worst international treaty ever concocted in the history of international relations. Let’s not forget that this was then agreed by Mrs May and presented three times to Parliament, where it was rejected three times – mostly for the wrong reasons, it has to be said.

Why did no-one move against May?

By the Monday morning after the fateful Chequers meeting, Theresa May had lost her Brexit Secretary (David Davis) and her Brexit Minister (Steve Baker). The next day she lost her Foreign Secretary (Boris Johnson). Their letters of resignation were courteous, but damning.

We simply could not understand why moves were not then made to unseat her. Putting politics to one side, it was clear that Mrs May was embarked on a course of action deeply damaging to the country, and to democracy itself.

Even today she remains in power, desperately trying to push through new policies on a raft of matters in order to deliver ‘a legacy’. We have news for you, Prime Minister. It’s too late. Your legacy is already set in stone. In our opinion your indecisive, duplicitous, and dangerous leadership of the country in the last three years marks you out as the worst Prime Minister in living memory.

We will leave readers with our conclusion regarding the ‘Chequers Deal’ which we wrote one year ago today:

“In reality, as we’ve said from the very beginning, the EU will NEVER do any sensible deal with the UK. They are extreme ideologues and the UK must be punished, ‘pour encourager les autres’. For the EU, this has only ever been about politics and the continued advance of their precious EU Projekt Superstate.”

[ Sources: Cabinet Office, No.10 ] Politicians and journalists can contact us for details, as ever.

One adjective is missing from your description of May's actions, malicious. As evidenced by her scorched earth 'legacy policies' being put through on the nod with little debate or cost/benefit analysis, in an attempt to destroy future administrations success at leaving the EU. The complicitness of the majority of Parliament in these intentional bankruptcy policies further demonstrates that the current incumbents of Parliament are not fit for purpose.
Your piece yesterday demonstrated another good reason for the next PM to cede the Tilbrook case, currently lodged at the Court of Appeal, which would remove such potential liabilities. The political judgements currently being made by our Judiciary are not going unnoticed & are not reflecting well on them as independent arbiters of justice.
The silence & perceived inaction of many at each betrayal since the referendum gives cause for concern. I do hope that they don't think that the abuses of our Constitution & democracy can be 'swept under the carpet' & forgotten, as everything has changed now. The genie is out of the bottle.
Tilbrook aside, the rationale given by May to abuse the Constitution & force pass the first (unlawful) extension was that it was to reflect 'existing' international, ie EU, law so 'had no choice' - a fait accomplie. As we all know, EU law is superior to UK law until we leave. If such is the case, then by EU law we left the EU on 1st June. Their law, relating to the second extension says (my capitalisation) "This decision shall cease to apply on 31 May 2019 in the event that the United Kingdom has not held elections to the European Parliament in accordance with applicable Union law AND HAS NOT RATIFIED the Withdrawal Agreement by 22 May 2019."
https://eur-lex.europa.eu/l...
We did not ratify the WA.
Yet all we hear is silence...

There can be little doubt that Olly Robbins and the civil servants at No.10 were working hard on BRINO.
A case of malfeasance in DExEU where the wording of Article 50 TEU was changed.
A factual note setting out the parameters of extending Article 50, Published 14 March 2019, see 190314 pdf - where 'unanimously decides to extend [it]' was changed from the correct wording of 'unanimously decides to extend this period'. A world of difference, the only period stated in paragraph 3 is the two year period ending on 29th March.
An extension granted, takes the UK beyond the set time limit of two years for concluding an agreement. It follows that a further extension cannot be made within and be contiguous (continuing) with the two year period. Paragraph 3 does not mention a second or more extensions.
The first extension granted on 21st March took the exit date to 12th April, 14 days beyond the two year period (the time window ) for granting an extension.
By letter of 5 April 2019, the United Kingdom submitted a request for a further extension of the period provided for in Article 50(3) TEU, as extended by the European Council, until 30 June 2019, with a view to finalising the ratification of the Withdrawal Agreement.
On 10 April 2019, the European Council agreed to a further extension to allow once again for the ratification of the Withdrawal Agreement by both Parties. Such an extension should last as long as necessary and, in any event, no longer than 31 October 2019.
The request and granting were made out of time, so was it Legal?

Over the past three years, May has conspired with a foreign power (Germany) to overturn the democratic mandate of the people. There are two words which describe this: Fascism and Treason. It is appalling that even once she steps down, she will continue as an MP. She should be serving a life sentence for treason.

Thank you for giving us some perspective, bceause it's easy to forget all the terrible things Mrs May has done. I was a supporter of hers at the beginning and I remember you weren't and warned us but over the months I had to accept I was wrong. Good article as usual.

Much in the foregoing comments illustrate why it is so imperative that we leave with No Deal, which will nullify most of the pernicious consequences outlined in the hideous WA. And, no, the WA has thankfully not been ratified - and why? Because Theresa May's inadvertent stupidity in calling a snap election in which she lost her majority was of enormouse benefit to us. IMAGINE if this woman had secured an overall majority! The WA would have been pushed through with alacrity by the army of traitorous and undemocratic Remainers and Parliamentarians and all would have been lost.
As it is, we lived to fight another day and Boris is now sounding almost Churchillian in his commitment to get us out of the EU on 31 October this year - go to Brexit Central to see his latest inspirational speech.
And worry not, the Tilbrook case is alive and well despite reports to the contrary.
I have posted copies of yesterday's bombshell report on our potential liabiities to the imploding EU should we remain to a number of relevant MPs, the first on the list being Treason May, accompanied by a very short letter, the last paragraph of which reads "The quick and clean Brexit we voted for is in the best interests of this country which you profess 'to love', but actually appear to hate and have tried so hard to destroy, subjugate and sacrifice to a malign foreign Power".
These sentiments echo those articulated in the Observations panel of today's article and, yes, she is unequivocally 'the worst Prime Minister in living memory'!

Excellent article, 'set in stone' - her legacy is already just that.

The BBC has remainer civil servants queuing up to overturn the referendum result. The latest is Philip Rycroft, who resigned after 18 months as head of the Brexit department telling the BBC's Panorama no deal was "fraught with risk". It is worth copying the whole BBC news item.
The insurmountable problem of the remainers is that to refute a 'No Deal' you have to have a deal. Despite the Cooper–Letwin Bill, Article 50 has to expire sometime. Notification of trading on WTO forces the EU's hand into making preparations.

Off topic, but for those who don't know, the Brexit Party has launched a tv station: Brexbox. Available on You Tube.

Another 'off-topic' topic, but highly relevant:
It seems that Grieve may have met his match:
https://www.conservativehom...
Who's the smart-arse now then?

Grieve is a ridiculous Human Being Harry Potter's autistic brother