Meanwhile EU Commission President: 'This is what the EU was always meant to become' 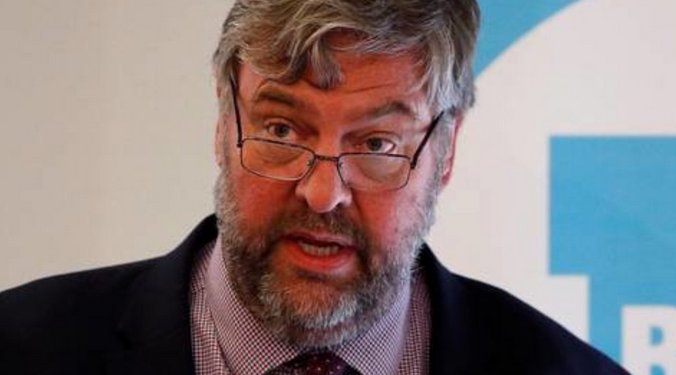 How times have changed since the UK’s Referendum on EU membership in 2016. Back then, when we published articles showing how the EU was an autocratic vehicle for merging all member states into one superstate by stealth, Remainers derided our explanations and arguments.

At that time – and to this day - no-one in the Remain campaign wanted to admit that the EU is all about a journey to becoming one sprawling country, where national boundaries and interests will no longer exist. A place where the very concept of Britishness would become a curiosity learnt about by children in history lessons, under a curriculum determined by an unelected quasi-government based in Brussels.

In this world, what was once England and Wales would have become North-West Region One of the EU. The Scots would have demanded to be their own region, probably called North-West Region Two. Northern Ireland would of course have been split off by the EU and given to the Republic of Ireland - by then known as the North-West Atlantic Region.

At the beginning of this week the Danish-born MEP for North West England, Henrik Overgaard Nielsen, gave a speech in the EU Parliament. In this short speech he explained the importance of choice to the assembled masses of privileged europhiles to whom the idea of giving the people a choice is anathema. [Text of speech is below.]

Mr Nielsen spoke of democracy and of choice. He also explained to the chamber of EU-federalists that the British people had made a clear and informed decision – once again. This was an important point, beause MEPs have spent the last three and a half years telling the international press that the British people had been lied to in the Referendum and didn’t know what they were voting for.

The following day, the new EU Commission President Ursula von der Leyen, rose to her feet in the same venue. Her speech marked the 10-year anniversary of the Lisbon Treaty.

In amongst the usual misty-eyed and self-congratulatory language favoured by EU autocrats on occasions like this, Frau von der Leyen dropped all pretences and gave it to her audience straight.

It is essential to understand that when someone who is now one of the most powerful women in Europe refers to ‘a Union’, she means the real thing. She means all countries joined as one. She almost dismisses the Single Market and the economic arguments, saying that the EU Projekt was always about union. 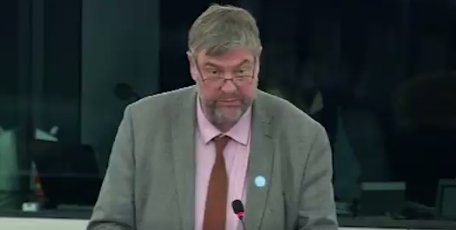 Here is what Mr Nielsen told the EU Parliament this week.

“On Thursday the people of the UK voted resoundingly for Brexit and they voted overwhelmingly in favour of a Canada style Free Trade Agreement with the EU.

They also voted emphatically against a customs union, against staying in the Single Market and against the European Court of Justice having any jurisdiction in the UK.

Everybody agreed that this election was a Brexit election, so the will of the people has been heard for the second time (may I say) on the issue of Brexit.

And the people have yet again told us that they knew what they voted for in 2016.

This General Election has proven that when given the choice, the British people choose free trade and cooperation, and not a political super state.

Will the remaining EU citizens ever be given this choice, or will they drift further and further into the federal states of Europe?

The citizens of Europe should be given the choice, and if they choose like the Brits we should roll back federalism and start cooperating again like nation states.

It might seem strange to many of you, but not everyone subscribes to your centralised, monolithic form of politics. Some of us actually believe in democracy.

To quote Rabbi Sachs: Every one of us counts, every one of us has a voice. You lose that, you lose everything, because then it becomes a game for the rich and powerful.”

Born in Denmark, in 1992 Mr Nielsen was co-chairman of the ‘No’ campaign in the Danish referendum on the Maastrict Treaty. In 1996 he moved to the UK where he set up an NHS dental practice with his British wife, with whom he has two children.

In 2015 he became the Chairman of the General Dental Practice Committee (GDPC) and the British Dental Association (BDA), having previously been the vice chair. He was re-elected in January 2019.

He has co-authored a book with Claire Fox MEP titled "Reclaiming Democracy - The Left Case for Democracy". This is available free by request via his website.

Mr Nielsen was part of the group of British MEPs which Frau von der Leyen referred to in her speech as “those who scream and yell.” [See our article yesterday.]

We thought that readers might wish to read what Mr Nielsen had to say, as it will never be reported in the British press. The sentiments he expressed are not new, but they are important.

One of the principal themes of his speech was about choice as a fundamental tenet of democracy. Perhaps the supreme irony is that when Frau von der Leyen was “elected” as President of the EU Commission by the EU Parliament three weeks ago, there were no other choices on the ballot paper.

Please, please, if you have never donated to us before, do so now. We rely 100% on individual donations from members of the public. Quick and secure donation methods are below. Thank you.

[ Sources: Henrik Overgaard Nielsen MEP and his office | EU Parliament ] Politicians and journalists can contact us for details, as ever.

The basic principles of democracy and sovereignty. Amazing that the EU have to be told about this.
Well done Henrik for telling them again!

2014: UKIP 'win' the EU Parliament election in the UK.
2015: Conservatives win an 'unexpected' majority with the promise of an in/out EU referendum if they get a majority.
2016: Majority vote to leave the EU in referendum.
2017: Nearly 85% MPs promising to honour the referendum and leave the EU are elected to Parliament.
2019: Brexit Party 'win' the EU Parliament election in the UK.
2019: Conservatives win huge majority promising to leave* the EU.
SIX times the people of the UK have spoken and the message is unchanged. The question is have they listened?
*I watched with dismay as the electorate were gerrymandered in the last election. The deceitfulness of describing the unnecessary MayBo Withdrawal Treaty as a 'deal', and withdrawal of genuine leave candidates by BXP in many areas, parallelled with parachuting remainers in by the cons, seems to demonstrate an intention to 'legitimise' signing a new Treaty when we voted to leave the Treaties. I watched many frustrated that they now had no-one to vote for as the con in their area was a remainer. Many spoilt their ballot rather than vote for an apparent lie. Had the (EU Blue badge) Con party been genuine leave, they would have had a much larger majority & the best wishes of everyone & been in power for years. I sincerely hope that I'm wrong, but I see the same deceit as when we were unlawfully taken into the EEC. If there's one thing that I'll give the EU, it is that they are more open about their intentions. Our politicians never have. They still think that things will 'go back to normal'.
If people discover that they've been conned again, and we haven't left the EU, it will be the last of the con party as it is. They have one last chance to save our democracy & sovereignty. They need to choose their actions wisely. The people are not stupid.

Excellent comment Not4EU (2) you are so right screw this up, and the Conservatives, country, democracy and sovereignty are all dead. Much like in the USA, the opposition are blinkered and bonkers one report from the USA I saw showed a banner "Empty jails, build homes" - so what does one do with a murderer ? Shake his hand and set him free to do it again? Democrats and socialists love head-banging.
I prefer sensible, intelligent, law-abiding people.

Off-topic: Brexit withdrawal bill: what's new and what's different
https://www.theguardian.com...
I note this clause removal from the bill:
'The promise that the government’s position on negotiating the future relationship will be in line with the political declaration that accompanied the withdrawal agreement.'

James,
Probably better to look at Institute for Government on the changes rather than the Guardian.

This guy is amazing. Before moving to England Mr Nielsen was co-chairman of the ‘No’ campaign in the Danish referendum on the Maastrict TreatyMarried and then married by and setting up a dental practice at the age of four and, going on to be the Chairman of the General Dental Practice Committee (GDPC) and the British Dental Association (BDA), having previously been the vice chair all by the age of twenty three. Amazing. We meed more like him. Yes I know it was a typo so you can all calm down.
FROM THE BREXIT FACTS4EU.ORG TEAM
Amusing Simon, but you obviously didn't see the comma after "Born in Denmark," and before "in 1992"!

I'm not from the UK but have taken a great interest in Brexit since before the referendum because I think the "big picture" of the issue is important to many countries --sovereignty etc.
But I am continually amazed how many in the media boil it back to trade issues. To me the trade issues are relatively minor compared to everything else. Even today's Telegraph headline has " Britain will abandon all EU rules after Brexit" --quoting Boris. Then it goes on about negotiations for a trade deal. That is all fine and maybe Boris is deliberately pushing it that way to sort of cover up the rest. If that is so then everyone should be worried.

Another thing that Boris should scrap is the ‘Supreme’ court - it serves no valid purpose! We have the High court which is the highst court in the land.

Comment 2: ''They have one last chance to save our democracy & sovereignty. ...''
Yes, that's true. But if they don't take that chance, and sell us out to their ''EU friends'' then there won't be another GE (free and fair) with the choice of a party for Brexit. The EU wouldn't allow us to have one, and the Cons would be sitting pretty, rewarded by their EU masters.
Let's hope it doesn't come to that. I'd much rather believe in their honour - the triumph of hope over experience, I suppose.