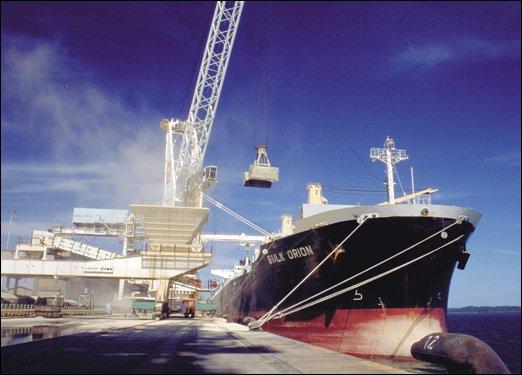 Last week, while all eyes were focused on the General Election, the Office for National Statistics released its latest trade figures, for the three months to the end of October 2019.

The latest report shows how the EU is continuing to make billions from the UK each month, as a result of the UK’s continued membership of the EU’s Customs Union.

The latest goods trade picture with the EU

The goods trade gap with the EU27 is widening

Following the news last night that the Prime Minister intends to drop the clause in his Withdrawal Bill which allows for an extension to the Transition Period beyond 31 Dec 2020, many people will be relieved this morning. The Brexit Facts4EU.Org certainly welcomes this development.

That said, and based on our work in the last four years, we prefer to wait and see what actually happens. The revised Bill is likely to be presented to Parliament on Friday and we will of course be scrutinising this.

Whilst we are on the subject of positives, it is encouraging that the ONS has been reporting on EU versus non-EU trade for some time. When we started, this was rarely the case. We always had to delve into complex spreadsheets to analyse the UK’s trade with the rest of the EU.

Overnight we still used the official raw data for our analysis, as this is the only way to assess the trends likely to be of interest to our readership.

As ever we must draw readers’ attention to the fact that the ONS’ figures on goods trade continue to take no account of what is known as “the Rotterdam Effect”. This refers to the enormous number of goods exported from the UK to Dutch and Belgian ports, for onward transshipment worldwide. The value of these goods are are currently still shown within the figures for exports to the EU, whereas in fact they should be shown as exports to the rest of the World.

When we last looked at this in detail, HMRC was estimating that around 2% of total exports were being wrongly classified due to this “Rotterdam Effect”. We then spent days researching shipping records from the ports concerned, and concluded that the effects were greater and that 2% was an absolute minimum figure to use.

Based on the conservative figure though, in the three months to end-October 2019 just 44% of UK exports went to the EU27 countries.

Readers may wish to remember the following key facts when confronted by Remainers still making claims about the EU’s Customs Union and Single Market. These can be used with confidence.

Finally, if we are going to see this thing through and fight any fudged Brexit, we need your help to keep going. At the start we thought this might take 6-9 months out of our working lives. It's now almost four years later, and we've exhausted our own resources.

Please help with a donation if you can. Quick and secure donation methods are below.

After all, where have you seen the above information anywhere else?

[ Sources: Office for National Statistics | HMRC ] Politicians and journalists can contact us for details, as ever.

I cannot help but comment on this mornings report.
Boris Johnson will guarantee Britain fully leaves the EU with or without a trade deal by the end of 2020 as part of a beefed-up Brexit bill put to Parliament this week.
The Prime Minister will use his huge majority to push through a radically altered bill that will prevent Parliament from extending the transition period beyond Dec 31 next year.
It will also prove to voters that Mr Johnson has no intention of using his immense new power to pursue a softer Brexit, as some Leave campaigners had feared.
It will be down to the 27 as to whether they have a trade deal and a surplus.

Sydney - some caution needed. What Johnson has the power to give, he has the power to take away. He can always pass a one-line bill at a later date to extend. Nonetheless, the direction of travel seems encouraging.
However, there are so many amendments needed to this atrocious Withdrawal Agreement (surrender treaty) that the sensible option is not to sign it, not pay the £39 billion for nothing, and not take on all the other problems. Just bin it, start again, and offer a basic Free Trade Agreement as we walk out the door.

James,
Walking away with no deal on 31st October was unacceptable to the old Parliament. With Boris negotiating a revised WA and Political Declaration the opposition parties in the hung Parliament agreed to the election and thankfully lost heavily.
Just letting Article 50 expire on 31st January is still an option, but the decision to enact the WAB has been taken in good faith. We do have to have a trading agreement with the EU of which they are very much aware with their surplus. The question is on the terms of that trade. The EU are not noted for alacrity in making trade deals. The level playing field may well be the the blocker to an agreement.
If Johnson is determined on the time scale the UK may well end up walking away with a NO deal WTO, which he has the strength to do.

''... which he has the strength to do...'' The political strength - yes. But is he personally robust enough to do it? Or does he value his ''EU friends'' and their concerns too highly to discomfit them?

With the majority that Boris has in the House of Commons,and the time limit Boris has imposed on UK-EU negotiations, his negotiators can play hardball with the EU.The EU will want to do a deal,if it wants to maintain the level of its export market to the UK.The UK will simultaneously be negotiating trade deals with Commonwealth countries,Australian,New Zealand and others, if the EU stall or do not negotiate in good faith, they might find their lucrative export market the UK, has disappeared.The pressure is on the EU, and i'm sure the other 27 countries of the EU,if not the Commission are aware of this.

Comment (5) Essex Brexiteer - the current EU is so predictable . I certainly hope Boris tries his best, as I believe he will to honour the pledges he and his party have made to the electroate who lets face it voted over 3 years ago to leave the madhouse. Now we have people who have never voted Conservative in their live before and if the Conservatives don't deliver on their promises, these people will never vote Conservative ever again.
Talk about high stakes!
The future of our country is at stake. The future of Europe hangs in the balance thanks to open border madness. Can one imagine the sheer stupidity of having anti-family policies and then opening the floodgates to who knows who, the authorities don't have a clue of the numbers of decent people to criminals entering Europe, not a clue.
As for the trade, all I can say is if they play silly buggers now then Boris must leave with no deal. Let them then come running when they have lost our market and cannot shift all their cars. It beggars believe that after nearly 4 years we are still in this madhouse.

"As for the trade, all I can say is if they play silly buggers now then Boris must leave with no deal. Let them then come running when they have lost our market and cannot shift all their cars. It beggars believe that after nearly 4 years we are still in this madhouse."
Absolutely right Concerned . A trade deal is NOT needed for trade to continue. The UK will already trade with many other countries without any trade deal. The practical side of trade --customs clearance, documentation etc. have already been worked (the people in the main ports in the UK and the EU have confirmed this). All companies trading with the EU will already comply with all their crazy rules and regulations.
The figures above tell us the UK has the stronger hand in any discussions, so Boris needs to be reminded of this and stick to his guns and DO NOT back down.
I think it is all the other aspects of the agreement that much more concerning. After all the EU is saying nothing has changed from May's agreement. The 39 billion (which is likely to end up to be much more unless it is ditched) , what happens with the armed forces/ security services etc. etc
James #2 has the right idea --" that the sensible option is not to sign it, not pay the £39 billion for nothing, and not take on all the other problems. Just bin it, start again" but Boris is determined to push his timetable through and he has got all MPs to agree to his agreement.