As the boats from France keep coming, the EU celebrates “International Migrants Day” 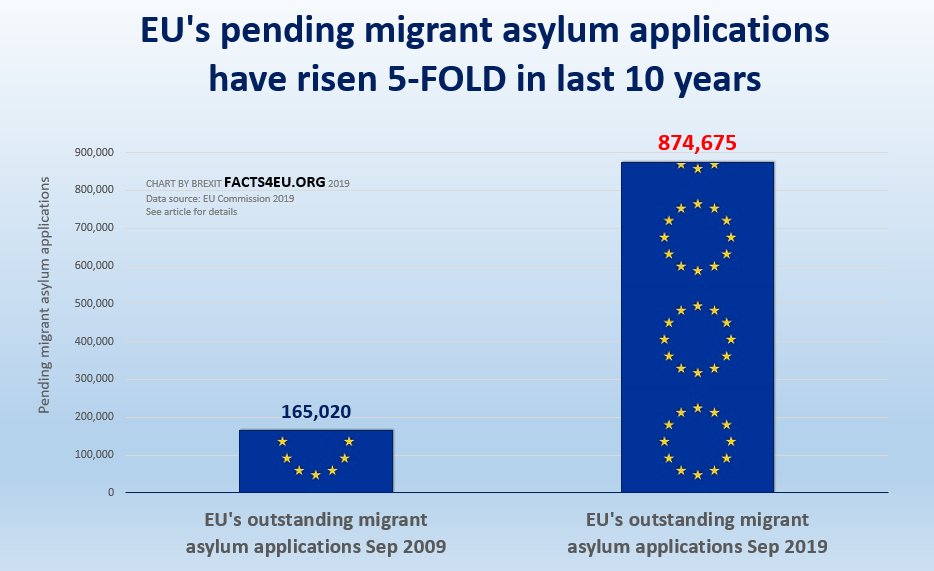 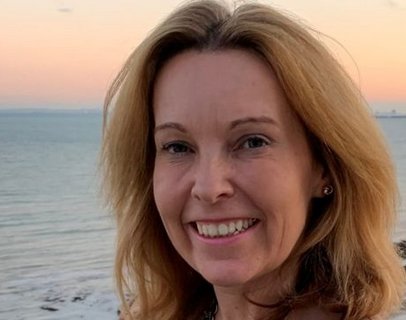 A Brexit Facts4EU.Org report on the numbers of migrants, and what the EU is doing

Today is International Migrants Day. Here are two excerpts from the statement yesterday from the EU Commission :-

“On International Migrants Day, we stand strong in our unequivocal commitment to respect and protect the dignity, human rights and fundamental freedoms of all migrants as well as to ensure that migration takes place in a safe, orderly and well-managed way.

“Openness and solidarity are core values of the European Union. Europe remains a top destination for the world's talent. It has always been and will remain a connected continent that embraces international mobility in a way that enables its societies to evolve for the better.”

What do the EU’s latest figures on migrants show?

During the third quarter of 2019 alone, 166,400 first-time asylum seekers applied for international protection in the Member States of the European Union (EU). This is an increase of 12% compared with the second quarter of 2019.

What is all this costing?

The EU’s Asylum, Migration and Integration Fund for 2019 soared by 55.8% compared to 2018. That’s an enormous increase in just one year.

The overall costs of the EU’s migrant crisis, significantly exacerbated by the unilateral actions of Angela Merkel in 2015, already run into the hundreds of billions. The official budget for this crisis for the next financial period of 2021-2027 exceeds €25 billion, and this does not include many other funds which are also being used now to deal with this issue.

“The French have been given tens of millions of pounds of British hard-earned taxpayer money... I want to know where the money has gone. Because while much has been done, it is clear there is more to do.

“More to do tackling the people traffickers behind this shocking trade in people. More to do making sure anyone found in the Channel is immediately sent back to France.

“More to do by the French to stop these illegal departures from French shores.”

It is almost obligatory these days to have to start any article about migration by saying that some immigration is healthy for any society and that not all migrants are criminals, rapists, or murderers. This should be a given, and certainly we have never received a single email in the last four years from readers expressing anything like this point of view.

This cannot – and should not – prevent discussion of migration, particularly when the article in question provides well-researched official facts to illuminate the discussion.

Does our article above present alarming statics? Yes. Are they misleading? No. The facts come from the EU Commission’s own statistics agency and we have not distorted them.

The EU ‘partners’ with the UN’s migration agency called the International Organization for Migration (IOM). The IOM is overtly open-borders, as we have previously reported.

The EU can talk about its “unity” and “solidarity” all it likes, but the simple fact is that since Angela Merkel unilaterally opened Germany’s borders in 2015 triggering a wave of millions of migrants to enter the EU, the EU has not been able to reach any collective decision on how migrants should be allocated across its member states.

Now, all it can do is try to deal with the enormous costs of the fallout from the German Chancellor’s ill-fated and reckless policy decision in 2015.

If you can support our work with a small donation, quick and secure methods are below. Thank you.

[ Sources: Eurostat | EU Commission | IOM | Natalie Elphicke MP ] Politicians and journalists can contact us for details, as ever.

I'm not trying to be difficult but can somebody please help me to clear up my confusion? Why is it that the French don't seem to want all these "world talent"s?

It is all part of the Frenchie's plan to sow chaos in England. It wouldn't surprise me if they help the migrants from day 1, to pass through their country and several other 'safe' countries and then to cross the channel.
On the other hand it is partly the fault of the English for throwing benefits of all kinds at legal & illegal immigrants with very little serious questioning.
Of course the EU has open borders madness, until that stops sanity will not be restored across the EU and the UK.

I could not agree more with your disclaimer at the start of your 'Observations' section of this article.
I don't think that the decision to open the borders was anything but an absolute stupidity showing reckless leadership in the best of accounts.

I haven't changed my mind. It's all part of their plan to replace indigenous Europeans of all nationalities and it will end in violence; i.e. Europeans will have to defend themselves or go down!
The numbers will only increase and where are they going to house them all?

France as part of Schengen cannot keep the migrants out, the police spend all their time battling with the yellow jackets and strikers. The French do not want them, so must consider the answer is to help them on their way to England.
Macron is so reviled at home he tries to compensate by being the EU 27 strong man, in the fight against Brexit.

LBC radio ( was on Nick Ferrari's daily a.m. show ) a number of weeks ago presented excellent reports on what sounded like a major in depth investigation carried out by LBC into illegal migration & trafficking, all very interesting but very alarming. Contact / recordings were made directly with those illegal traffickers in France. Presumably all the findings were then handed over to our authorities. Since then I personally have heard nor seen any other info from anywhere on this. May have missed it. But then, this is what seems to happen. We hear regular reports of arrivals on our shores, the authorities put out the standard three line message that it is dangerous to cross & lives are being risked. We the public are kept in the dark about progress or lack of it. Mrs Elphicke MP is right to raise these concerns on behalf of all of us so as a Kent resident I thank her for that. I fear things will get worse before improving but somebody needs to do something meaningful and exert pressure & control. The role of any government is to protect & prioritize its citizens and that includes its borders.

If you look at the population forecasts you will see most EU countries face population collapse in the coming decades. Already, Germany is past its population peak in the 1990's and is going into decline. The situation in the former eastern bloc countries looks catastrophic, with 30-40% population declines predicted. That being the case it is strange that immigrants end up in Britain and the Scandanavian countries, which are forecast to have continued population growth.

Immigration will not be reduced. This is my prediction.
Britain transitioned from a productive economy into an extractive economy some years ago. The UK economy consists of a Property Ponzi scheme coupled with debt and more debt. Promises about the "Northern Powerhouse" and "Rebalancing The Economy" were just words, nothing has happened.
That being the case, continued immigration is necessary to keep the property ponzi going, so it will not be controlled.

Migrants? Whether entering the EU or the UK, it's all taxpayer funded and controlled by those who don't care for the people that pay the taxes. That is why it will continue unabated. Simples.