Boris's parting gift : "The most advanced hunter-killer submarine in the world"

President Macron will not like this, but our Aussie cousins certainly do 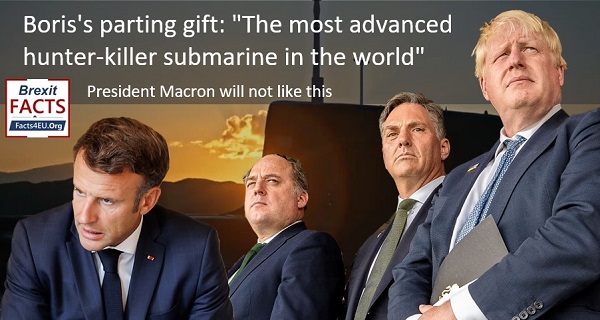 At a ceremony at BAE Systems' site in Barrow-in-Furness, Cumbria, the world’s most advanced hunter-killer submarine was rolled out and commissioned into the Royal Navy.

The event was attended by Boris Johnson, the Australian Deputy Prime Minister and Minister for Defence Richard Marles, and the UK Defence Secretary, Ben Wallace.

The Australian Deputy Prime Minister attended the UK ceremony, which must have given France’s President Macron a sinking feeling

It was an honour to join Prime Minister @BorisJohnson and Defence Secretary @BWallaceMP at today’s commissioning of HMS Anson. pic.twitter.com/vNCR9iBiCL

HMS Anson represents £1.3bn of both naval stealth and striking power – able to gather vital intelligence, protect other Royal Navy vessels from threats above and below the waves and destroy enemy military infrastructure with pinpoint accuracy.

Readers will recall that in September last year Australia torpedoed the c. £50bn deal with President Macron’s France for submarines, in favour of the new ‘AUKUS’ pact with the United Kingdom and the United States.

This caused a diplomatic row, including the French government recalling their Australian Ambassador. You can read more about this in our report here.

Paris had billed this as “the contract of the century”, so it’s perhaps not surprising that the French coq’s feathers were ruffled. France’s Defence Minister was almost apoplectic. 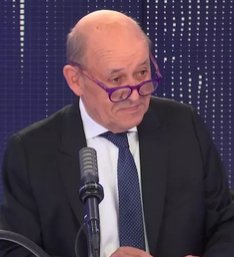 In one notable interview on French TV Mr Le Drian used terms like “un coup dans le dos” , (a stab in the back) and “une rupture de confiance majeure”, and a “décision brutale” . He described himself as being “angry and very bitter” .

In one comment he even said: “This brutal, unilateral, unpredictable decision looks very much like what Mr Trump used to do… Allies don’t do this to each other… It’s rather insufferable.”

The traditional naval ceremony on Wednesday (31 Aug 2022) was attended by a number of dignitaries, including the Australian Deputy Prime Minister and Minister for Defence Richard Marles, and the UK Defence Secretary, Ben Wallace.

Here is what the UK’s Defence Secretary, Ben Wallace, said:

“Today is a significant milestone in the UK and Australia’s preparation to confront growing threats to the liberal democratic order, especially in the Indo Pacific.

“Not only have we progressed our defence planning but Minister Marles participated in the commissioning of our latest attack submarine, on which Royal Australian Navy submariners will be embarked as we develop our shared capabilities in the years ahead.

“Built in a UK shipyard, HMS Anson demonstrates the very best of British industry, sustaining our world-leading sub-surface capabilities and underlining the UK’s readiness to contribute them to shared security, especially with our closest allies Australia and the United States under the AUKUS initiative.” 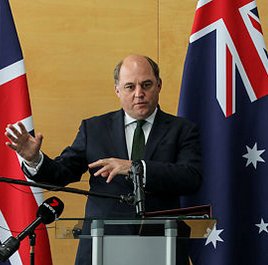 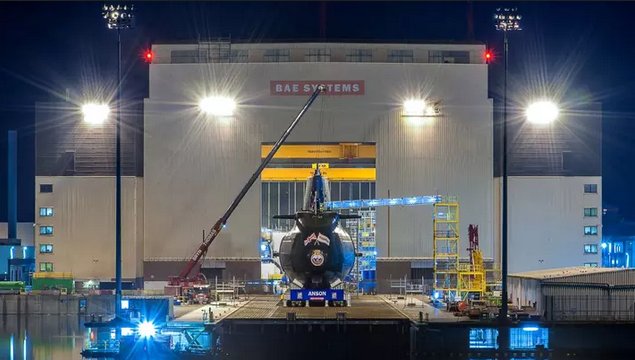 “It was an honour to be hosted by Prime Minister Boris Johnson and Defence Secretary Ben Wallace at today’s commissioning ceremony for HMS Anson.

“Our countries are working hand in glove on training and building the skills required for our future submarines, is an important part of bolstering our Defence Force.

“Today‘s announcement of Australian submariners training aboard HMS Anson says everything about our future plans of building the AUKUS partnership.

“During my visit to Govan shipyard, where the Type 26 is being built, we have Australian workers- engineers, mechanics and the like- who are learning from their UK counterparts to deliver the high-tech skills required to deliver for our Frigate program back home in Osborne, SA.

“I have been warmly welcomed during my time here in the UK and I would like to thank my counterpart, Defence Secretary Ben Wallace for hosting me.

“The technology, capability and lethality on show is truly impressive and Australia looks forward to progressing our talks through the AUKUS partnership.” 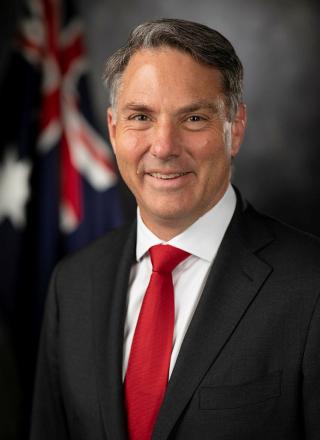 Facts4EU.Org and CIBUK.Org are grateful to the UK's Ministry of Defence and Australia's Dept for Defence for their kind assistance in providing information for our report today.

BAE Systems has delivered the first four submarines in the Astute class which are currently in service with the Royal Navy. The sixth and seventh boats are at an advanced stage of construction in Barrow.

Direct jobs and jobs throughout the local community

BAE Systems already employs more than 10,000 people in its submarines business – and that number is set to grow. More than 500 apprentices are due to join later this year, up from 321 in 2021, to support the delivery of these major programmes.

This year, BAE Systems will be recruiting more than 1,000 new engineers, designers, welders, supply chain managers and many other roles across the company’s Maritime and Land sector UK businesses.

The latest Astute class submarine to be built by BAE Systems, HMS Anson is 97 metres long and has a displacement of 7,800 tonnes. This nuclear-powered submarine is the fifth of seven in the Astute class. The Astute submarines are recognised as the most technologically advanced attack submarines ever operated by the Royal Navy.

Armed with a combination of up to 38 Spearfish torpedoes and Tomahawk Block V cruise missiles, Anson can take out enemy ships/submarines, destroy land targets up to 1,000 miles away and launch and recover Royal Marines raiding and reconnaissance teams – among other capabilities.

Once again we have presented an inconvenient truth for Remainer-Rejoiners. Their dire predictions of the UK being isolated from the world and suffering innumerable economic disasters have come to nothing.

Instead we have a series of good news stories regarding Brexit Britain – even if they do not get much mention on the BBC.

It is important to note that the AUKUS pact simply would have not been possible while the United Kingdom was still a member of the European Union.

In particular, the UK could not have made such an agreement with Australia and the USA without coming up against the EU's “Common Foreign and Security Policy” embodied in the Lisbon Treaty, and by the many extensions of centralised EU foreign and defence policy control which have happened since.

The pact with Australia has maintained and created jobs – and this would not have been possible without Brexit.

Rekindling the UK’s relationship with its Commonwealth partners

One further aspect of this report should not be overlooked.

The AUKUS deal is symbolic of a resurgence in the UK’s relationship with its Commonwealth partners. For the Deputy Prime Minister of Australia to attend the commissioning ceremony of the Royal Navy’s latest nuclear-powered attack submarine was a clear demonstration of the growing relationship.

Monsieur Macron might not like it, nor the EU Commission, but Brexit Britain is doing well without them.

This is potentially very significant, because US yards are fully occupied with US Navy builds and UK yards are switching to building the next generation of Trident submarines. If Australia decides to go with a variant of the Astute, the UK could open a second submarine line and that would allow for building some of Australia's submarines plus an expansion of the UK's attack submarine fleet. This issue is discussed in detail in a defence report issued by RUSI last Friday.

Oh Dear! NOT. About time we invested in commonwealth countries who are friendly to Britain but have been treated so badly over the years of EU membership. Macron has had it coming for too long gets his just deserts!

Astute Class was started in 1986 - nothing to do with Boris.

4. terence patrick hewett: Defence projects have such long gestation times that they always span two or more administrations, but Astute by itself is a limited domestic program, while Astute plus AUKUS is potentially a completely different game.

@jon Livesey
As I read it, Astute has been ruled out by Wallace as a solution in his speech at the launch of Anson. My own feeling, is it will be a new design, drawing on the experience of US, UK and Oz: but it will be determined by what Oz decides it wants. Nobody knows what the decision will be, but we will know for sure in March.

3. I take it you did not see the recent interview Nigel had with Aussie news then? I doubt it'd be in the Daily Mail.
The UK was described as a "basketcase" they, Aussies, would do best to not emulate.
Nige did not disagree to this charactersation - Mr Brexit himself.
The UK has been on a course exclusively in the hands of the Tory party for little more than a decade.
So if at any point in the last decade we've became the subject of jokes, a laughing stock, a basketcase ... then Brexiteers & the
Tories are responsible.