“Will the last person to leave the EU please turn out the lights?” 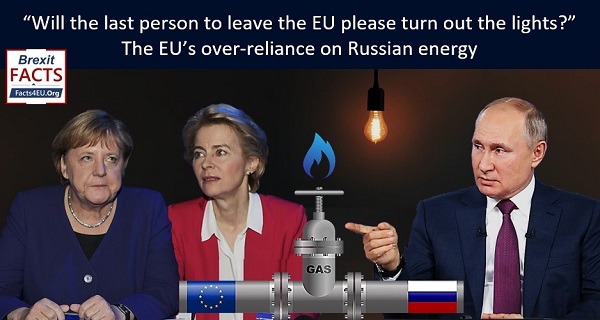 Yesterday in Brussels the EU Commission announced the toughest measures yet to reduce gas consumption across the EU. It seems no-one now believes Russia will turn back on its gas pipeline to Germany when the annual maintenance period completes tomorrow.

The Commission’s first step is to require EU member countries to reduce gas usage by 15% but if this doesn’t happen then the Commission can declare a ‘Union Alert' on security of supply, imposing a mandatory gas demand reduction on all member countries.

“What do we see today? Today, we have 12 Member States that are hit by a partial or total cut-off of Russian gas supply. And overall, the flow of Russian gas is now less than one-third of what it used to be at the same time last year. Russia is blackmailing us. Russia is using energy as a weapon.”

“As we know, Russia is calculatingly trying to put pressure on us by reducing the supply of gas. So it is a likely scenario that there is a full cut-off of Russian gas. And that would hit the whole European Union. A gas crisis in the EU's Single Market – our economic powerhouse – will affect every single Member State in our European Union.” 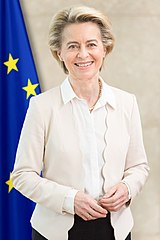 EU Commission President Ursula von der Leyen was the longest-serving Minister in Chancellor Angela Merkel’s Cabinet. She served from 2005 to 2019, the last six years of which were as Defence Secretary.

During this time all the key decisions were made about increasing Germany’s reliance on gas and oil from Russia. These included the first pipeline from Russia. 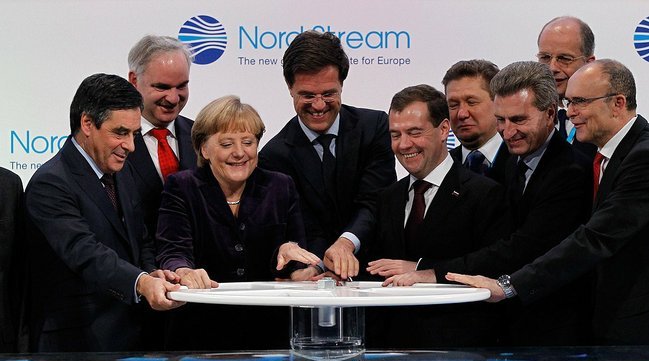 In particular the Nord Stream II pipeline was also approved, which would have doubled Germany’s dependence had it not been blocked at the last minute by the new Chancellor, Olaf Scholz. However this only happened following Putin’s illegal invasion of Ukraine in February this year.

It’s no wonder the Poles are deeply unhappy

In June 2015 Poland blocked the new Nord Stream II pipeline consortium but this was circumvented by a new company being set up in Switzerland. In early 2019 the United States intervened, threatening sanctions on any company involved in the project. 18 months later Poland once again took action, fining the company some €50m euros.

In a prescient statement in late 2021, Polish Prime Minister Mateusz Morawiecki was unequivocal about the need to stop Nord Stream II:

The EU finally taking the foot off the (Russian) gas

In effect the EU Commission is now planning to share the limited supplies of gas around the EU, using reversible pipeline flows. Germany is the largest consumer of Russian gas in the EU, following the decision of Angela Merkel’s government to close down its nuclear power stations.

As we have previously reported, Germany does not have a single terminal for LNG – Liquefied Natural Gas. It is now racing to construct two floating terminals off its northern coast but these will take time to complete and become operational.

The EU Commission President, Ursula von der Leyen, was a key member of Angela Merkel’s cabinet and was its Defence Secretary for many years. Perhaps security of energy supplies – a vital element of security for any country – took second place to her presiding over fighter jets and helicopters that couldn’t fly, tanks that couldn’t roll, and soldiers who lacked basic personal equipment including rifles that actually worked.

The financial markets have already taken note of the dangers ahead for the EU. Industry will be the first to be hit, as schools and hospitals will be exempt from any mandatory reductions. Already we are starting to see growth forecasts for the EU27’s economies being slashed.

The future for the EU’s economy as a whole is uncertain, but let’s say it’s unlikely to be “Cookin’ on Gas” in the near future.

[ Sources: EU Commission | Polish government | The Kremlin ] Politicians and journalists can contact us for details, as ever.

Mr Trump did warn them!

At least the EU countries will not finance Putin’s war anymore once the gas import from Russia stops.

I don't know what they were expecting. They sanction Russia and then expect no retaliation. Do they expect Russia to keep sending them the fuel on tick? Who are these stupid people and how did they end up in positions of power? Welcome to the real world.