The €1 trillion bloc of 4 EU member states, standing up for sovereignty against the EU 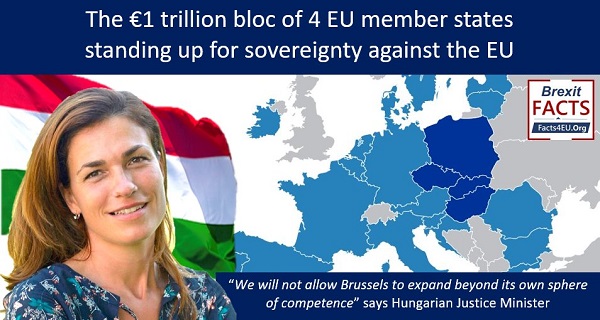 Several countries have had conflicts with Brussels in the last 10 years, most notably Greece and Italy. Both ‘lost’, partly because they were isolated. This is not the case with Poland, whose Prime Minister has just lambasted the EU in an interview with – of all publications – the europhile Financial Times.

“But if someone will attack us in a completely unfair way, we will defend ourselves in any possible manner.”

“We feel that this is already discriminatory and a diktat type of approach. But if this is going to be even worse, we will have to think through our strategy.”

Poland is not alone, it has allies

The reason that the EU Commission needs to be more careful with Poland is because it is part of the EU’s ‘Visegrad’ or ‘V4’ group of member countries, with the other members being Hungary, the Czech Republic, and Slovakia. 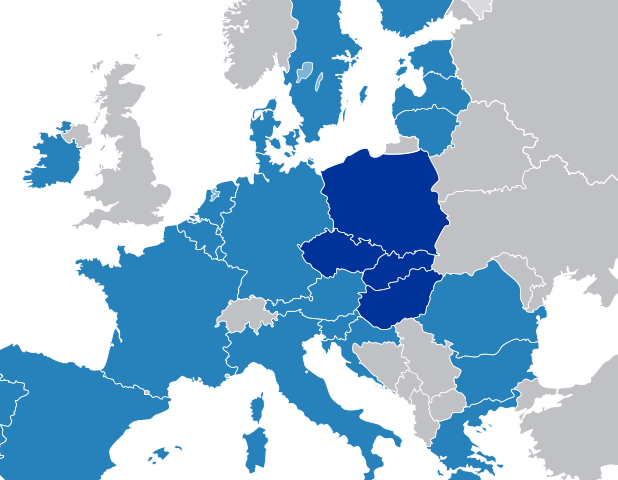 The four Visegrad countries are shown in dark blue

“We will not allow Brussels to expand beyond its own sphere of competence,” says Hungarian Justice Minister

Aside from Poland, the most vocal Visegrad country in recent weeks has been Hungary, led by Viktor Orban. Hungary is also facing legal action by Brussels and this row shows no signs of being resolved any time soon. 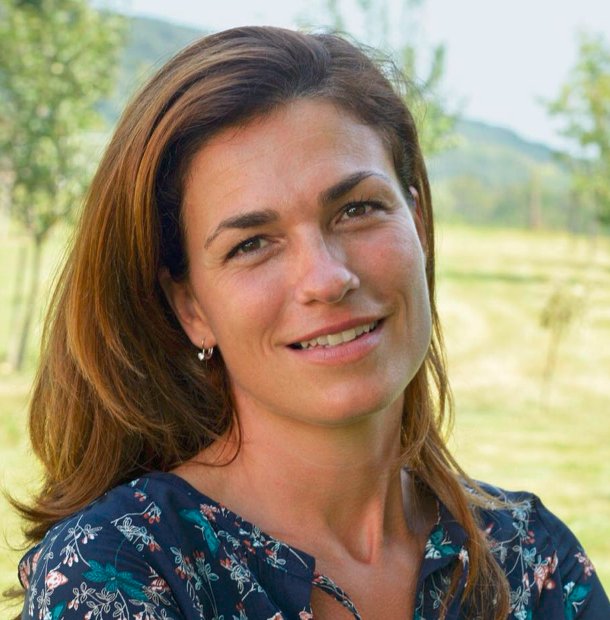 “❌ Brussels must not hold a gun to the heads of the Member States!”

“The Union paints a very sad picture of itself, whose institutions are constantly threatening not only each other but also the Member States, while ignoring their own principles and treaties.

“We stand by Poland, we will not allow Brussels to expand beyond its own sphere of competence!”

EU Commission digs in for a fight, rebuking Polish PM

Meanwhile in Brussels yesterday, the reaction was severe and uncompromising. Facing battles on many fronts right now, the EU Commission shows no signs of backing down. Nor indeed can it afford to, if it wants to continue its remorseless advance to becoming a ‘superstate’.

Yesterday the EU Commission’s spokesman Eric Mamer effectively rebuked the Polish Prime Minister, telling a press briefing that there was "no place for rhetoric referring to war" among the bloc's members.

This contrasts completely with the views of the Visegrad Four. As Hungary’s Justice Minister said in a statement a week ago: “We think differently about the world and Europe.” She said Brussels opposed Hungary and Poland’s pro-family policies, their rejection of immigration, and their push for “a strong Europe of strong nations instead of an empire.”

In effect the Central European countries such as Poland and Hungary are exposing what had gradually become obvious to British voters who backed Leave in the UK’s EU Referendum.

The key message is simple. The UK voted to take back control. The EU wants to expand its control over member countries until it’s absolute.

[ Sources: Polish government | Hungarian government | Financial Times | EU Commission ] Politicians and journalists can contact us for details, as ever.

It is no coincidence that all the countries that take issue to the EU are right wing, conservative nations. Already Poland talking about war? Once again, a right wing nation will be the cause of it.

Rubbish George. Takes two to argue/disagree. It was in response to an aggressive speech by EU's Van de L, full of subtle threats. No way to treat a Member State. This World is going through so much upheaval at the moment: what with Chinese State Government threatening nations nearby, the Taliban in full control of Afghanistan, and the Vaccination with hundreds of thousands of deaths, most from the vaccinated than unvaccinated. In tandem, there is open talk about the need to radically cut down the size of the World population. It's all extremely nasty and has to be dealt with firmly. I much prefer to see a healthy questioning by Member States and people, than blind, unquestioning obedience. Otherwise we are heading towards a George Orwellian existence.

1. George; The countries you refer to simply wish to remain family centred, retain their Christianity and not lose their cultural identity. That doesn't make them right wing. Contrast that with much of Europe that wishes to impose a liberal LGBTQ+ (have I got my alphabet right?) culture on everyone. Which philosophy will ultimately win out? Well, even speaking as an agnostic, my money's on Visegrad

Well done Poland and Hungary,don’t be dictated to .

So, who here was guilty of pressing 'click to enlarge'?

Sorry Hungary - or anyone else - you're not allowed to think differently about Europe or the world. Regulation is the game. With regulation though comes stagnation and stifling. The countries' resolve should be applauded for standing their ground, no matter personal thoughts of the issues but the outcome will more than likely be the usual one. " We will act " the lady said ! Toolbox already in action, Poland's bank account now being relieved of Euros1 million a day for its rule of law breaches.

progressive free nations do NOT come from un-elected unaccountable leaders !!