GOOD BREXIT NEWS : UK working hours are amongst the lowest in the EU 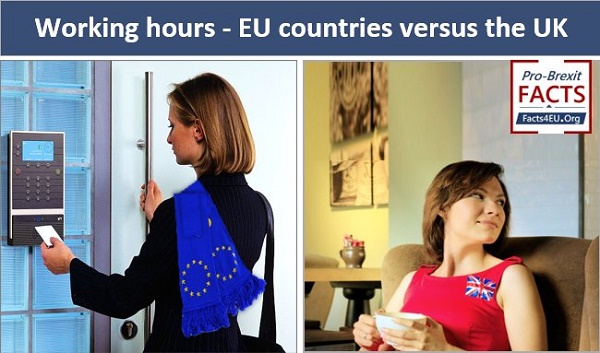 In Brexit trade talks about a “level playing field”, should the UK now insist the EU matches UK standards?

On Thursday last week the EU Commission published a report containing a set of documents entitled “Explore the quality of life in the EU27”.

This EU report was designed to give ordinary people across the EU “an insight into the different aspects of quality of life by country”. The report has an upbeat and campaigning message, which has been typical in EU pronouncements for many years. The imagery they use gives an indication of the style. (See right.)

Today we bring you an interesting and topical part of this latest report from the EU itself, showing that workers in the EU27 work longer hours than workers in the UK.

The Level Playing Field – will the EU sign up to UK standards? 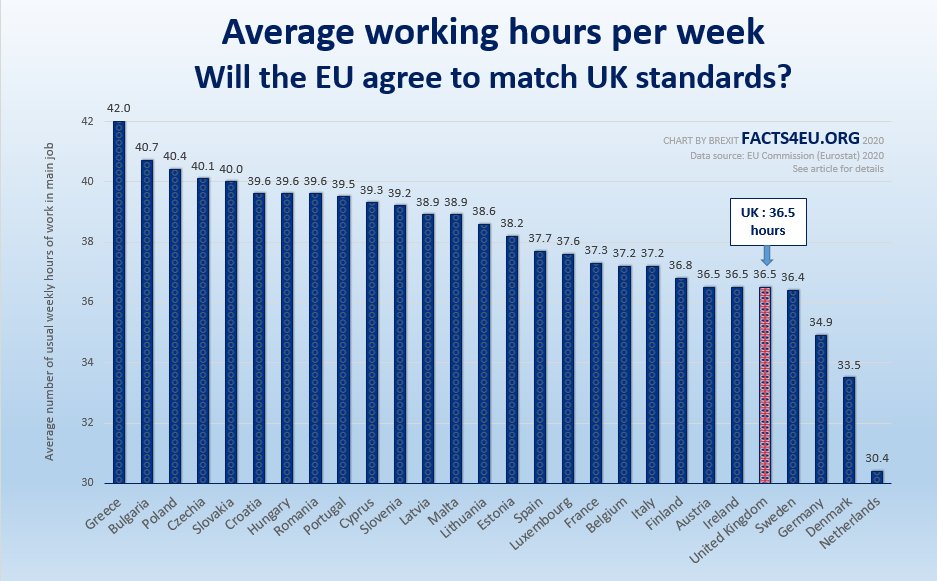 If the UK were still technically in the EU it would have the fifth-lowest working hours of any EU country.

And yes, the Dutch really do only work for just over 30 hours per week. We checked the OECD’s data and they have similar numbers to the EU’s.

Brexit Facts4EU.Org spoke to former Brexit Party MEP Claire Fox about this new information. As well as being a former MEP, Ms Fox is Founder of the Academy of Ideas and the co-Founder of Change Politics for Good. Here is what she told us: 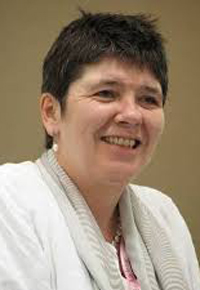 “One of the most galling aspects of the argument that we should leave the EU, were so many faux friends of workers’ rights who falsely claimed that without the protection of Brussels, British workers would be exploited, forced to work unreasonable hours, underpaid and so on.

“How ironic then that despite the slander that the UK is dependent on the EU to guarantee workers’ rights, existing rights in many areas already exceed the rights the EU offers. Facts do matter and here is proof that these rights have been secured by British workers themselves, negotiated with employers independently, rather than due to a set of top-down, one-size-fits-all regulations and diktats from bureaucrats in Brussels.

“Workers’ rights are never guaranteed but constantly need to be fought for and guarded, as well as often improved. But as this new information tells us, workers’ rights are determined nationally and many in EU members states are often not receiving the protection they should be entitled to.”

A writer, broadcaster, free-speech campaigner and author of "I Find That Offensive!" Claire Fox is a panellist on Radio 4’s The Moral Maze and appears in the UK media frequently, including on Newsnight, Any Questions, and the Sky Newspaper Review.

Workers’ & women's rights come from the UK, not the EU

In November last year (2019) we researched and published one of our famous Brexit Facts4EU.Org one-pager factsheets about workers' and women's rights. Please click the thumbnail to read it. 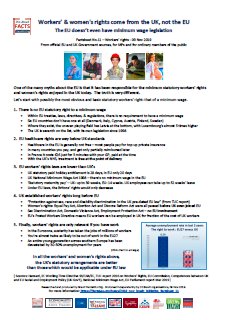 For years the EU has been crafting a narrative that it alone has been the creator of workers’ rights – a fictitious claim which has been repeated over and again by British Remainers since before the Referendum. Sadly, the Remain campaign did not bother to check the facts, but we did.

For years Brexit Facts4EU.Org has repeatedly shown that the EU’s (and Remainers’) claims are without foundation. It was the UK which first introduced many workers’ rights and all are better than the EU’s current standards.

Today we have revealed another set of facts which repudiate any claims by the EU to have the moral high ground on this issue. It is - and always has been - the UK which has been at the forefront of workers’ rights and we should be proud of this.

When it comes to any more talk from EU trade negotiators this week about “ze level playing field”, we suggest that the British side sit back, raise an eyebrow, smile, and ask:

“Are you entirely sure you want to bring that up?”

Finally, we hate to ask but we need your money. Well, a little bit of it, anyway. We rely 100% on our readers to donate to keep us going, as we have no corporate sponsors. Quick and secure donation methods are below and you will receive a personal thank you from a member of the team. We are very grateful for anything you can do to keep us in the fight.

Great idea about the factsheet! I can see that this one is number 11 - do you have more factsheets available? If so, is it accessible for free? Otherwise I'm willing to donate to your website. Keep up the good work!

Fascinating article which shows up the hypocrisy of the EU. I wish the government would advertise this more because so many people never see what the EU is really like and we never hear anything about this on the television.

(1) Neil W - I am a reader & regular visitor to this site. At the risk of putting my oar in, this is indeed an excellent website with short & punchy facts - I discovered it only last year myself. There are many reports you can see under the Brexit Index and One Pagers tabs, much of what is produced is not usually available on MSM or as succinctly summarised. There is no Pay Wall so our donations are always welcomed & acknowledged I have found. I personally will continue to support this group of dedicated people in my own small way. With regard to the core subject of this particular article, all we ever get, from the usual suspects, are demands on our Government to follow the EU & not undermine their so called 'standards' We've heard this in Parliament ad nauseam.

Rob at 4
That's what the EU would like according to the Telegraph.
The Telegraphs Brussels correspondents are at it again in being pro-EU, the longer we remain in the EU the longer their reporting 'gravy train' lasts.
Leave the EU and they are out of a job, self centered remainers both of them.
Haven't they heard of telephonic and video conferencing.
I imagine Barnier & Co will be quite happy to sit back and do nothing on full pay, he wont even have to clock in. The vast majority of people have to risk Covid 19 and go to work to earn their crust.

who reads the Torygraph seriously or any of the other drivel Rags, except My brilliant local Paper