The UK taxpayer will pay millions, after the EU increases funding for Turkey

The EU has agreed nearly €0.5bn more funds for Turkey, putting the UK on the hook 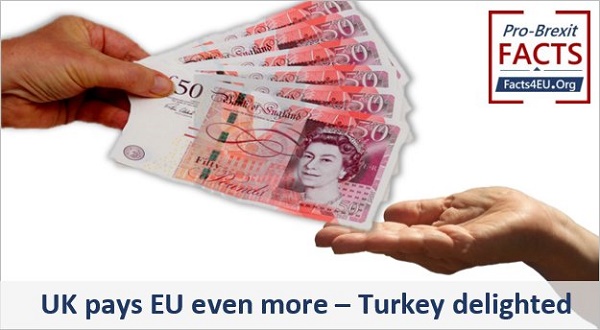 The EU Commission, EU Council, and EU Parliament have agreed yet another increase in funding for Turkey, despite the Turkish President’s continual drive to make his country into a regional Muslim power.

What has the EU done this time?

Despite the developments listed in the following section – as well as other moves by Turkey not listed - the EU has just agreed to send a further €485 million to Turkey on top of the €2bn already committed by the EU and a further €4bn in top-ups from the EU member states – including the UK.

“One of the programmes – the Emergency Social Safety Net (ESSN) – is providing over 1.7 million refugees with monthly cash assistance.”

The ESSN facility operates on the basis of giving migrants in Turkey ATM cards so that they can withdraw money from cash machines.

Worrying signs from Turkey yet the EU sends more money, part-paid by the British taxpayer

Here are just four examples of how Turkey under President Erdogan is worrying the West:

It seems increasingly clear that Turkey is no longer seriously interested in joining the EU. Indeed it is becoming questionable how long Turkey can even stay in NATO.

What is the “Facility for Refugees in Turkey”?

This EU fund was devised by German Chancellor Angela Merkel in late 2015 to encourage President Erdogan of Turkey to stem the flow of migrants flooding into the EU as a result of Frau Merkel’s disastrous ‘all welcome here’ policy.

This specifically relates to a Schengen problem. The Schengen agreement defined the supposedly borderless area of the EU. The UK is not and never has been part of Schengen. Nevertheless the UK Government agreed in 2016 to pay 16.5% of the first tranche of this fund (€3 billion) for the Turkish government. At its summit in June 2018 the EU Council formally considered a second tranche of €3 billion, and approved it. 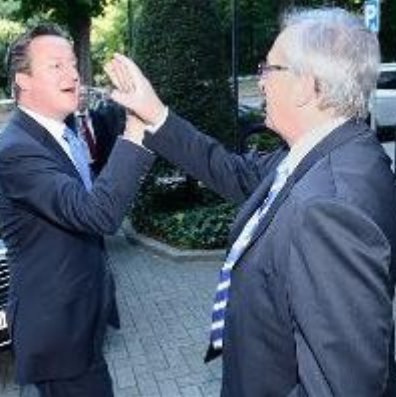 €2.5 billion of this comes from the EU budget into which the UK still makes its annual contributions. The remaining €4 billion is in effect “off-the-books”. It is not in the EU Treaties nor in the approved EU budget and it was requested to come from individual member states.

Prime Minister David Cameron voluntarily agreed to the first tranche of this in early 2016.

Prime Minister Mrs May then voluntarily agreed to the second tranche of it at the EU Council Summit of June 2018. This was despite the fact that the British public had voted to leave the EU and the country was at that point (ostensibly) only nine months away from actually leaving.

The additional voluntary commitment from the UK was circa €330 million euros. 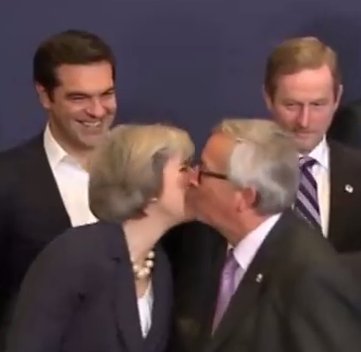 For years Brexit Facts4EU.Org has provided detailed evidence of the semi-secret, “off-the-books” funds which the British Government has paid to the EU. The “Facility for Turkey” is an example of such funds.

These have never been included in the official figures for the UK’s net contributions to the EU.

“HM Treasury’s estimate [of payments to the EU] does not include the commitment deriving from the Withdrawal Agreement that the UK will continue to participate in the current European Development Fund (EDF), which covers the period from 1 January 2014 to 31 December 2020.”

“The EDF is the European Union’s (EU’s) main instrument for providing development aid. HM Treasury expects the UK to make payments worth €3.3 billion (£2.9 billion) after the UK’s withdrawal, with payments forecast to continue until 2026.”

In the case of the Facility for Turkey” in particular, it is important to recognise that the UK is paying in two ways:

For many years the British public has been duped, believing in the accuracy of the official figures for the UK’s net contributions to the EU. Clearly someone at a senior level in Government or more likely in the Civil Service decided that these payments into “off-the-books” EU funds should not be included in the figures presented to the public.

When the National Audit Office reported on this in 2018, we had hoped that this murky business would have been taken up by the national press. Sadly this did not happen.

We will continue to use our influence with politicians and other major Brexit groups to get this information out into the open, for the public to see.

There are three questions here:-

Today, the EU’s second-largest funder is still funding the EU, four years after voting to leave

The UK taxpayer continues to be the second-largest banker for the EU, four years after we voted to leave. The UK will continue to be liable for further disbursements under this fund – as well as several others which are even larger - long after the end of the Transition Period on 31 December 2020, unless the Withdrawal Agreement is revoked.

Please help us to continue our research and publishing, in support of freedom of speech and a fully-free and independent United Kingdom as quickly as possible. If we don’t do this, who will? We rely on you, dear reader, for your generosity in making a donation. Quick and secure links are below. Thank you so much.

This government, with maybe a few notable exceptions, is as weak and pathetic as they come. Wake up Johnson; enough of the bluster, lead or step aside.

Nenryte, well said - I completely agree with you!

After 5 days, led by Germany and France the 27 Council members bodged an agreement on the Recovery fund and next Budget. The bone of contention was over how the recovery fund should be disbursed. The frugal countries – Austria, Denmark, the Netherlands and Sweden, as well as Finland won a change in the ratio of loans to grants.
Macron did not get his way.
Merkel, Ursula von der leyen and Charles Michel put a brave face on the compromise agreed at an angry meeting. It questions EU solidarity.
Where will the money come from - the EU money tree?

The payments to Turkey should er known as 'Merkels Folly'

Why is this not being reported by the MSM? We need the money here to help our own citizens and get the economy going again!

And the tangible benefits of the UK remaining in the EU are......?

@5 bill b.
The mainstream media are in cahoots with the EU working on political reporting and agendas.The EU bought them out with UK tax payer money years ago. The truth has been withheld for decades.
As to the substance of this report,Its truly sickening.
I can't quite believe what kind of world we live in.
The people in power pulling the strings behind these injustices are off the charts.
These are sinister dangerous times.

Why? Get us out before we have to pay it

The Aggro and dissension in the Council was not about the size of the Recovery Fund or next Budget, they rubber stamped both.
What came up was the way the Commission tries to enforce its rules and decisions of the ECJ by withholding grants from the various EU funds.
Hungary’s Viktor Orban had threatened to scuttle the whole package, which required the support of all 27 leaders, if the bloc insisted on making EU cash conditional on respect for the rule of law.
EU leaders watered down the rule of law condition to bring Hungary and Poland, which have both been at loggerheads with Brussels over their democratic standards.
In the Budget negotiations the EU had to drop its demand that coal-dependent Poland commit to being carbon neutral by 2050 before being able to access some funds.
The Visegrad group accept the EU money but not the Brussels rules.
The expansion East has not brought the Monnet and Macron ambition of a greater European State and one currency - the EURO.

Turkey and France have both weaponised refugees to intimidate neighbouring countries.