On widgits, the EU’s unreasonable demands, and its imaginary ‘level playing field’ 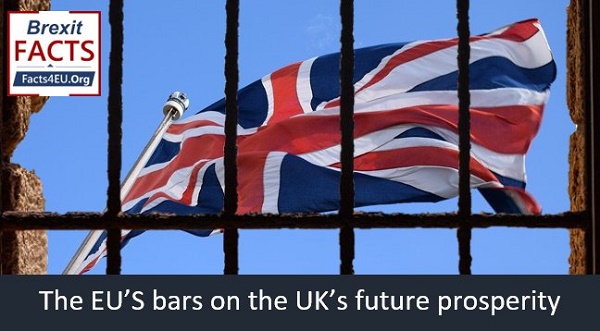 What is the EU's talk of ‘fair competition’ and ‘level playing field’ really about? What does it mean in practice?

Many readers will be fully aware of the EU’s demands on the subject of competition and the reasons why the UK Government has so far said no – at least in part. However we do not believe that many people throughout the country – and in the 27 countries of the EU – have yet understood the main argument. This is in no small measure due to the deliberate distortions peddled by the EU and ministers in certain EU27 governments.

Fast forward to summer 2021. Let’s say you are a manufacturer of widgits based in Coventry. You sell to customers in the UK, in the US, and in Germany. (You’d like to sell to French customers, too, but they always seem to prefer to buy French.)

The widgits you make conform to the relevant standards set by the British Standards Institution, and to the relevant standards set by the International Organisation for Standardisation (ISO). Even though your ISO certification should be good for any country in the world, both the US and Germany also have some small extra requirements set by their own national standards organisations. For this reason you have sections of your production line which make these small modifications to the widgits for your two export markets. This means these widgits are a little more expensive, but you can still achieve your margins when selling to overseas customers.

All of a sudden, the EU decrees that all production of widgits and similar manufactured goods must allow for workers to have four 45-minute breaks per working day, in addition to a lunch hour. This, they say, is to account for the stress of actually working, which an EU committee in Brussels has determined is bad for people’s health.

Okay, you say to yourself. You clearly can’t possibly make a profit under those EU rules, so you’ll have to kiss ‘auf wiedersehen’ to your German exports. They only represented 6% of your total sales anyway, and less than 1% of your net profit.

“Thank goodness for Brexit,” you exclaim joyfully, knowing you won’t have to follow these absurd new EU regulations.

Fortunately, that morning you received an email from an Australian company as a result of some promotion you did there soon after the UK left the EU on 31 January 2020. (Brexit had encouraged you to start thinking globally.) The Aussies would like to place a monthly order for your widgits. You ask your secretary to pop out for a bottle of Aussie Shiraz, to celebrate with your management team at lunchtime. This new export order will boost your turnover by 9%.

You then call your German customers and courteously inform them that thanks to the EU’s ridiculous new laws you will be unable to supply them in future.

You are informed that you must now give all production workers four 45-minute breaks in each working day, in addition to the one-hour lunch break. The reason is because last year (2020) the Government signed the Withdrawal Agreement in January and the UK-EU trade deal in December.

The problem is that the Government agreed that the UK would keep pace with EU laws, directives, and regulations, “to ensure a level playing field”. This, Prime Minister Boris Johnson had explained at the time, was nothing more than an assurance to our “European friends and partners” that we would not lower our standards – “which of course we won’t and nor should we!”

You get on the phone. To the government departments, to your MP, to your local paper, even to your Mother. No-one can help.

You protest that your business, which you founded after putting your house on the line to the banks, cannot survive without a large hike in prices and that this will inevitably lower your turnover. For a start you know that you will lose your US customers and the new Australian customer.

You point out that you no longer export to any EU country at all. You explain that your business is now 78% UK, and 22% to your growing export markets around the world – all of which are non-EU.

It’s no good. The UK has agreed to maintain economic, fiscal, environmental and social standards broadly in line with the EU’s, or face significant penalties. You sell no products to the EU, yet you must obey their laws.

You are simply caught in the crossfires of “the level playing field” and "fair competition" demands of the EU, even though the UK supposedly left the EU completely at the end of 2020. Is that remotely “fair”?

The fundamental point is this

The EU is demanding that the UK keeps in lock-step with its laws, directives and regulations. These would apply to ALL businesses in the UK, whether or not these companies sell into the EU’s Single Market. (The vast, vast majority do not of course, as we shall show in our next article.)

Let’s be clear, no-one in business has a problem adhering to a country’s specific rules when it comes to exports. You want to sell into Germany? Fine, you know you must conform to German laws and regulations when selling there. The problem comes when the EU wants to impose the entire panoply of its tens of thousands of laws, directives and regulations on every business in the UK, regardless of the fact they might sell 100% of their output in the UK.

Obviously in our somewhat extreme scenario above we have painted a fictional future and we have kept things simple. We merely thought someone should point out the nonsense of the EU demanding regulatory alignment now and in the future on all commercial activities in the UK, whether they affect the EU and its precious ‘Single Market’ or not.

In no way whatsoever would this represent the achievement of a
free, independent and sovereign United Kingdom capable of competing on the world stage.

Which is precisely why the EU is making its unreasonable demands.

Brexit Facts4EU.Org continues to work behind the scenes - in addition to what you read on our website and in social media - to pressure the Government and MPs to rescind and void the Withdrawal Agreement, and to leave the EU on 31 December on WTO terms.

We badly need your help to continue this work into the final battle campaign. Readers who have not already donated to fund our work (which involves no limos, no secretaries, no long lunches – unlike the EU Commission) could do so in a two shakes of a Juncker martini. Quick, secure, and confidential donation links are below this article. We only survive on public donations – unlike some Remainer organisations no foreign billionaires have ever funded us, sadly. Come to that, no domestic billionaires have ever funded us either...

Please help us out with a donation today, so we can keep fighting for a free, independent, and sovereign United Kingdom.

This can never be agreed to in any guise. The eu want to cripple the uk

This is a major factor in our need to leave the nonesensical Controls imposed by the bureaucratic EU.
Remember the curved cucumber rubbish.

Yeah. You voted for fewer black people. The rest we know is revisionist bunkum.

Buster do not pretend you are outranged for Black people or morally superior because you wish to remain in the EUSSR.
1. Many Black people in the UK actually voted for Brexit.
2. Europe is far more racist than the UK. Watch a European football match and you will hear the abuse towards Black players.

A while back a business acquaintance couldn't bid for a contract abroad because when they looked into it (first time exporter) they discovered the potential customer would not pay the overhead of meeting EU regs because they had no requirement for them. Your scenario is spot on.

@ Buster , you could shorten your comment to me me me.

13 buster.
You just lost any credibility....

This is worth a read - really shows how the EU and their protectionism works.

The EU can spin if they think for a second we'd be stupid enough to sign up for that! If Boris even comes close to a compromise on that level then he'd better start looking for a new job!