Does the EU really have 100 free trade agreements? Of course not

Only 11 real EU trade deals are actually in force, according to EU data 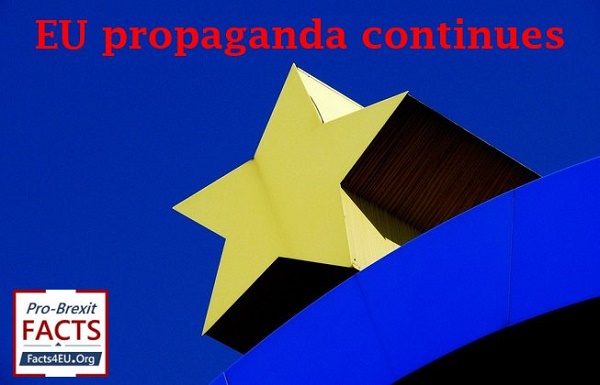 Europhiles in the UK continue to claim that Brexit will mean the loss of 100 trade deals which the EU has negotiated with other countries. This report provides readers with the solid evidence to refute these claims completely.

On 23 July 2020, the EU Parliament updated its pages about the EU’s trade agreements. Here is what they said:-

So, the EU Parliament says that “The EU currently has about 100 trade agreements in place or in the process of being updated or negotiated.”

Readers will note that the claimed “100 trade agreements” bizarrely includes those agreements which are still being negotiated. Using the same basis, the UK’s Department for International Trade could make the same claim. We hope they do not, because it would be equally misleading for the public.

Readers who scroll down the EU Parliament’s page will find that even the Parliament has to admit that only 38 agreements are “in place”. 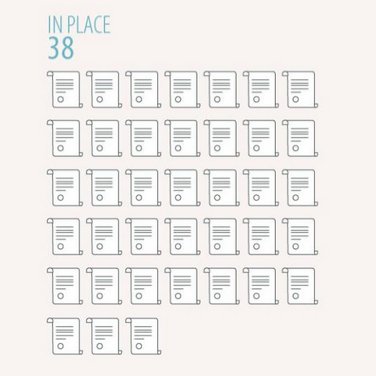 It gets worse for the EU

Taking the first category there are just three countries listed. Of these, the tiny states of Andorra and San Marino are effectively both part of the EU anyway. Turkey is the only real country listed as being in a Customs Union with the EU.

We can eliminate the final category completely. These are not trade agreements in any normal understanding of the term. They do not affect tariffs at all, by the EU’s own admission.

In the middle category we must also eliminate “Association” and “Stabilisation” Agreements on the same basis. Below is the official text we accessed from the EU’s law library for an “Association Agreement”. This one is with a country we picked at random: the Middle Eastern country of Jordan.

The aims of this Agreement are:

— to provide an appropriate framework for the political dialogue, allowing the development of close political relations between the Parties,

— to establish the conditions for the progressive liberalisation of trade in goods, services and capital,

— to foster the development of balanced economic and social relations between the Parties through dialogue and cooperation,

— to improve living and employment conditions, and enhance productivity and financial stability

— to encourage regional cooperation with a view to the consolidation of peaceful coexistence and economic and political stability,

— to promote cooperation in other areas which are of reciprocal interest.

This kind of agreement is akin to saying “Let’s be nice to each other and talk about trade.” Even the EU does not describe these as free trade agreements, although it includes them in the overall numbers. Some of the “Economic Partnership Agreements”, such as that with Lesotho in Africa, contain similar sections and only grant “Most Favoured Nation” status on WTO rules, albeit with tariff reductions in some areas.

So how many free trade agreements does the EU actually have in force?

According to the Trade Directorate of the EU Commission, only 11 out of the claimed 100 trade agreements are actually in force:-

We have excluded “Association”, “Partnership and Cooperation”, and “Stabilisation and Association” Agreements as these are not real trade agreements. We have also excluded Andorra and San Marino as they are both effectively part of the EU. (The French President, Emmanuel Macron, is even the “Co-Prince of Andorra”.) It is possible to make a similar argument about the Faroe Islands in relation to Denmark, but we let that one stand.

There are of course trade deals which are not yet in force, but is America, China, or India on the list? No.

The pro-EU lobby will naturally take issue with the above. The problem they have is the EU’s own declarations and descriptions of its agreements. The EU may wish to headline “100 trade agreements”, but what the British people and British businesses care about is what affects them.

We have taken a fairly firm view on what constitutes a “trade deal in force”, but we have used the EU Trade Directorates’s own data. We have also used their list for “trade deals in force”. The only removals are for what most reasonable people would consider to be double-counting (eg Andorra) and agreements which aren’t really trade deals at all.

The reality of the EU Commission’s efforts at doing trade deals is very, very different from the EU’s propaganda.

If you would like us to continue to expose the myths about the EU in this way, and to stiffen the resolve of the Government to deliver a fully-free, sovereign, and independent United Kingdom on 31 Dec 2020, please support our work with a donation. No other Brexit organisation has produced the quantity of facts we have researched and published over the past five years. Quick, secure, and confidential donation links are provided below. Thank you so much if you can help to keep us going in these final months. If you haven’t already donated, can we ask you to consider this today?

[ Sources: EU Parliament | EU Commission Trade Directorate ] Politicians and journalists can contact us for details, as ever.

The EU has three main types of trade agreement:
1. Pretentious
2. Meaningless
3. Not quite / Pas Possible

Basically then, a trade agreement with the UK would be the largest & most important trade agreement that they would have, if they ever ratify it e.g. see Canada 'deal'.
As Hammond himself stated in 2015, the ONLY way to leave the EU cleanly, properly & completely is WTO. THAT is what was voted for, to LEAVE. Make it so. The WA needs ripping up & us to walk away.

And they are all one sided in favour of the EU because of the euro currency which allows them to dump their good on other countries!

Appropriately I came across: -
The EU was never capable of dealing with Brexit, by Charles Day in the Spectator
Ss we head towards the inevitable, it is worth understanding the simplest of truths: the EU was never capable of dealing with Brexit. And an even bigger truth must be whispered very quietly: they can’t conclude Free Trade Agreements.
a Withdrawal Agreement (WA) is – and was – a distraction. It is not needed in any comparable treaty.
Take a look at what NAFTA says: Article 2205: Withdrawal A Party may withdraw from this Agreement six months after it provides written notice of withdrawal to the other Parties. If a Party withdraws, the Agreement shall remain in force for the remaining Parties.
And the CPTTP, which says: Article 30.6: Withdrawal Any Party may withdraw from this Agreement by providing written notice of withdrawal to the Depositary. .
While all EU treaties prior to Lisbon had this to say: ...
That’s right, nothing. The idea of a WA is entirely novel to law. It was invented in the Lisbon Treaty, but that very same Treaty doesn’t bother to define it.
Without definition, words in an agreement are utterly pointless – if I sign one with you, promising you a made-up sum of money, then that means nothing at all. So why have we all fixated on a Withdrawal Agreement (WA)?
Because, you see, leave or remain voter, admitting the truth was much harder; but, the EU, under the Lisbon Treaty, just doesn’t function. It’s been easier to waste three years arguing about the text of a unicorn WA – which turned in to a shopping list of the EU27, than to accept that truth.
When was the last time the EU concluded an FTA? You may have been misled into thinking it was Japan – no, that was not ratified. Canada? No, not ratified either. The sad fact has always been that Ivan Rogers is right – in the end, they won’t manage to do one with us either.

Boris seems to doing a better job than the EU at destroying our economy with his utterly insane Globalist lockdown policies. And don't even mention mandatory muzzling like a dog unless you really want to upset me! Sweden has huge immigration associated problems, as do we, but their freedoms and humanity have been preserved intact.

Why are we continuing to try to negotiate with the EU? We all know we are just wasting our time as the EU never has had any intention of treating the UK with any positive regard,& just continue to spit out their dummy,throw their toys from the pram when they don't like what they hear like the typical bullies that we all know them to be! Stop talking to them,just walk away,not giving them anything is what I'd do! Not October,not December,today! We'll see who comes running back! Barnier & co or us! It WON'T be us! That's for sure!