Once again Brexit Facts4EU.Org summarises and debunks the EU propaganda

Yesterday the EU’s trade deal with Singapore – a Commonwealth member – finally came into force after almost ten years of the EU trying.

Before Europhile fanatics start crowing, however, there is something they should know.

The Prime Minister of Singapore, Lee Hsien Loong, signed the EU-Singapore deal at an EU-Asia summit in Brussels in April 2018. Somewhat embarrassingly for his hosts, he said that his country is ready to strike an identical trade deal with the United Kingdom, which would come into effect at the end of any Brexit transition period.

“We are prepared to transfer it over. If the UK were in the EU, it would apply to you straight away. If you are not and you do not mind, it continues to apply to you from Singapore's point of view.

“We are happy to have it apply to us, between us and you.”

“We can do what the trade people call in the jargon a short-form agreement, which is basically to continue to do with Britain what we have agreed to do with the EU as if you were still inside it.

“We hope we will be able to continue arrangements with Britain, whether or not it is inside the EU and then we have time to work some better long-term arrangements over time.” 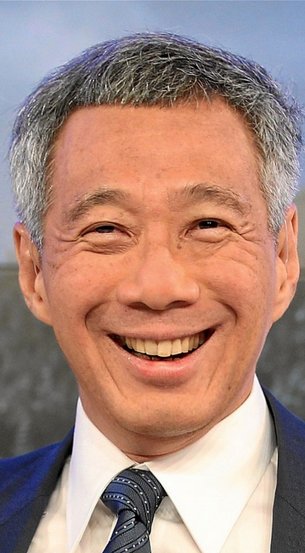 According to the EU’s announcements yesterday, we can summarise as follows:
(We have used the latest year for which the EU gave figures yesterday: 2017)

And of course much of that traffic uses Singapore as the port of destination but goods then go on to other ASEAN countries.

Singapore’s is a growing and dynamic economy. As a long-standing member of the Commonwealth it has close ties to the UK.

It is therefore not surprising that its government was keen to roll over its trade deal with the EU to the UK, immediately after the end of any Transition Period.

If the UK were to leave the EU with a clean break on 31 January, Singapore would be happy to apply the new trade deal from 01 February.

It has taken the EU 10 years to agree and implement a trade deal with Singapore. Much too little. Much too late.

IMPORTANT NOTE: When the EU publicises something like this, it selects its data carefully. As usual it has taken hours of research by us from numerous official sources, to delve into the real figures which we have summarised above.

We can’t carry on doing this time-consuming but important work without the support of all our tens of thousands of readers. If you have not already done so, please make a donation today, using one of the quick and secure payment methods below. Less than 1% of our readers donate, and we really need the help of the 99%. Thank you.

In fact a ready made trade deal when our trade talks with the EU break down.

The Election on which Brexit is dependent.
How can Jeremy Corbyn say he will take 'a neutral stance' when virtually the whole of his shadow Cabinet have said they will campaign to remain.
This does not chime. Is he a one man band out of step with Labour policies, so who is backing him. His time scales are wonky to say the least.

To keep Johnson to his word " to Leave the EU by the end of 2020 and, most importantly, to Leave with a Canada+ trade deal WITH NO POLITICAL ALIGNMENT" it is critical that if you want to LEAVE the EU properly (i.e on WTO terms, or with a simple FTA and no political alignment) to vote for the Brexit Party where they are standing - not the Conservative Party - so the Brexit Party hold the balance of power.
-
Of interest to readers is the little known polling company that undertakes polling differently:
https://www.polls.uk/about-us
"...We started this site because we believe that professional pollsters are wrong in their methodology. We do things a little differently. Our background is not in polling, but it is in analysing financial data.
We don't want to get into a battle of polling methods. There are some areas where we have to cede to the larger organisations, but there are others where we are highly confident that we are right.
Our analysis of data allowed us to predict the Brexit vote to leave, and the election of Donald Trump. Both of these events were not only not predicted by major pollsters, but were almost ruled out as being possible as the polls closed...."
-
Their current prediction is that The Brexit Party will take 24 seats.
https://www.polls.uk/politi...
They also have a current prediction for the Conservatives of 356 seats - an overall majority.
This overall majority is 40 seats more than is necessary for the Conservatives to win outright. It enables Johnson to ignore the Brexit Party and the DUP and, regardless, push through his/May's traitorous Withdrawal Agreement, reneging on his election promise. It is clear that you can never trust a Tory to keep his/her word.
Thus, with the current state of play, in the closely contested (Cons/Lib) seat of Guildford, I will be voting tactically to limit the size of the national Tory majority.

a link to the Brexit Party's 'Contract with the People':
https://www.thebrexitparty....

Treacherous Tories currently splitting the LEAVE vote in Warrington North and Birmingham Yardley constituencies and thus letting Labour win these seats (as examples given by website) - here, and in many other areas, the Tories, for their own good, should do the decent think and stand down, thereby reciprocating The Brexit Party's generous standing down of their candidates in 317 Tory controlled seats.
https://www.polls.uk/politi...

James 5 - some hope of the Tories doing the 'decent' thing James - in line with rest of the dross in Parliament!

Barbara - here's an upstanding Tory just for you:
https://www.youtube.com/wat...

The problem is that this sort of down-to-earth information won't come to the ears of the committed remainers, who voted for the status quo in 2016 and who haven't done an hour's research since.
The only ones who will read and digest are those of us (leavers) who wished to inform ourselves and hope for real change.
I despair of remainers. I keep asking - what do they see in their revered EU? No reply. (Unless it's something to do with ''keeping the peace'' or ''largest trading union'', etc.) We do right to despair.