When has this general election really been about the facts behind Brexit? 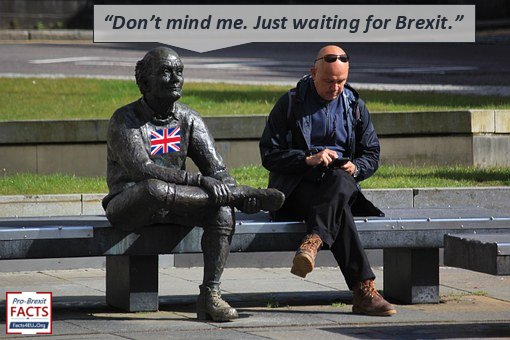 Large parts of the media have branded this election as being about Brexit first, then other issues. But what has this actually meant in practice?

Have the issues about the PM’s ‘deal’ and a ‘clean Brexit’ been explored in any significant way?

There are now four days to go until the British electorate votes. In the last couple of weeks we have seen more and more discussion about tactical voting, so we will start with that.

By far the largest impact on tactical pro-Brexit voting in this election came when Nigel Farage stood down 317 Brexit Party candidates in Conservative-held seats. In effect, this meant that the tactical voting decision for pro-Brexit electors in those constituencies was made for them. (Some pro-Brexit candidates then stood as independents, so there will still be some limited impact in some constituencies.)

Had the Conservative Party reciprocated and stood down (or ‘soft-campaigned’) in a relatively small number of constituencies where the Brexit Party appears to have a much better chance of winning against the incumbent Remainer party MP, we would now be looking at the possibility of a different make-up in Parliament on 13 December.

Anyone with knowledge of the history of the Conservative and Unionist Party knew that this was never going to happen. We strongly suspect that Mr Farage knew this when he made his announcement.

So can the Brexit Party win any seats?

Conventional wisdom – and the vast majority of polling companies – predicts that the Brexit Party (BxP) will fail to win a single seat on Thursday. There is a small polling company predicting 24 seats for BxP, based on local sampling, but this seems highly unlikely.

The main reason is our First Past the Post (FPTP) electoral system. In a significant number of seats outside the major cities in the North, the Midlands, and South Wales, a combined pro-Brexit vote would romp home. In many cases this could result in a BxP candidate being elected.

Given that the pro-Brexit vote will be split between the Brexit Party and the Conservatives, it seems likely that many opportunities to defeat Remainer parties will be lost. Based on our own analysis we believe that the Brexit Party could be looking to win as many as 12 seats if there had been informal arrangement in around 25-35 constituencies.

Even without cooperation from the Conservative Party, we believe that the support for the Brexit Party in some constituencies might spring some surprises.

Where is the Brexit debate and democracy in all of this?

The simple fact is that the majority of the British voting public voted to leave the EU in the largest democratic mandate of all time in British political history. It continues to be a shocking indictment of the state of politics in the country that this has not been implemented.

This election has been billed as “the Brexit election”. In our view this is farcical. In the end this has come down to one simple message about Brexit: “Get Brexit Done”. The Brexit in question is the revised Withdrawal Agreement and Political Declaration negotiated by Mr Johnson’s team.

For vast numbers of the voting public this means that the entire, drawn-out, sorry saga of Brexit stagnation in Parliament will be over. It means getting on with the domestic agenda.

Is this a true Brexit? Of course not. It was the best that the incoming PM could manage in three months after the shocking deal which his predecessor, Theresa May, did with the EU. Yes, it removed the odious Backstop which would have left the UK in servitude to the EU for years to come, and it improved the terms of the Political Declaration, but it left the rest of the abominable Withdrawal Agreement untouched. It also places part of the United Kingdom (Northern Ireland) in a different regulatory regime to the rest of the UK.

Has this election campaign illuminated and informed the public about Brexit?

It has all come down to electoral politics rather than facts and informing the public. ‘Plus ça change, plus c’est la même chose’, as our Gallic friends over the English Channel would say.

As ever we welcome readers' comments.

And as usual we would also welcome donations to keep us going. We rely on the public and have no big backers, as other Brexit organisations have. Quick and secure donation methods are below. Thank you.

"it removed the odious Backstop". No it did not, it only moved it into the sea! In so doing it has severed NI from GB and endangered the Union.
Johnson and May WA's are to all intents and purposes the same, as confirmed by the EU spokeperson, see https://www.independent.co.... Both are BRINO as you yourseives freely admit.

This makes very sad reading. The very best WA agreement would have been leaving with no deal immediately after the referendum.
After leaving with no deal, any trading agreements could be made.
Political union EU style is a ramp to a new communist bloc. That is the greatest sadness, the socialist/marxists are emboldened, their goals are closer to fruition now than at any time in my life.
Just imagine Corbyn would hand over Chequers to the homeless just one example. How long before they think Buckingham Palace should be given to similar?

JAMES BERTRAM re: your reply to me yesterday
11. James Bertram , Saturday, December 07, 2019, 17:01:
You linked to a UK poll site which estimates that the Brexit Party will win 24 seats. If you think this is likely then it might be worth considering a trip to the bookies. The current odds on the Brexit Party winning a single seat ANYWHERE are at least 3/1. If you fancy them getting, say, 10 seats there's a chance of becoming very rich indeed.

John (comment 4) - thanks, I might well place a bet. My expectation is 5 to 8 seats for The Brexit Party; and 11 seats for the DUP - a block of about 18 in parliament to hold the balance of power and 'keep the Tories honest'.
As today's article makes clear, it is the selfish Tories failure to join a Leave Alliance (informally or formally) that is splitting the Leave vote. The Tories are a Remain-party at heart; despite their pretence to Get Brexit Done. If you want a proper Brexit then you must vote for The Brexit Party wherever they are standing a candidate.

2 . Concerned , Sunday, December 08, 2019, 08:29:
The problem with your suggestion is that it would have required tariffs and checks which may have then been removed a short while later. That was one of the reasons for the Transition Period. However, this all becomes academic if Johnson doesn't get a majority.

John, regards 'However, this all becomes academic if Johnson doesn't get a majority.'
-
Johnson will get a majority - this has almost been guaranteed by Farage gifting the ungrateful Tories 317 seats - Johnson needs only 9 more seats to reach the target of 226 that gives him that majority.
-
The greatest danger to a proper Brexit is that Johnson gets a large majority that then enables him to ignore the opposition and push through his appalling Surrender Treaty without amendment.
-
A block of 18 seats by The Brexit Party and DUP may prevent this and hold him to account only if the Tories get less than 230 seats.
-
The more seats the Brexit Party gains, the better chance all Leavers have to get to Leave the EU fully and properly - with probably a WTO exit on Dec 2020.

I hope he does not get his 326 majority or more.
Hopefully DUP/Brexit will halt that.