CAN IT GET WORSE? OH… ALMOST CERTAINLY

And the problem isn’t Brexit and never has been 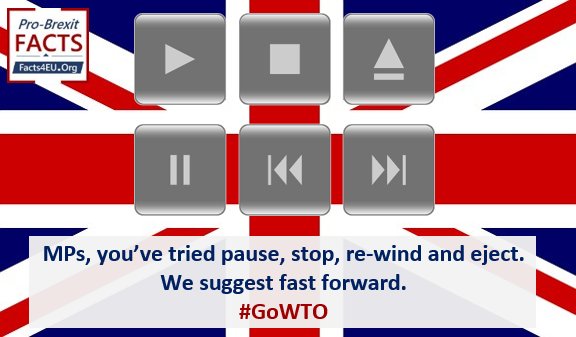 Let's take a step back

The problem isn’t Brexit. The problem is the Democratic Deficit Disorder1 which has spread like a malignant growth through our body politic.

1A Brexit Facts4EU.Org term picked up and used in the EU Parliament some months ago

“The Mother of Parliaments” was once an accolade used when talking of Westminster. Now it is more appropriate for this to be used in the pejorative sense, as in “the mother of all mess-ups”.

The fatal flaw in Britishness

The saddest thing of all is that the British people as a whole haven’t actually changed that much.

Our tradition of quiet evolution - in contrast to bloody revolutions - in the recent history of our nation has turned from being a cause for quiet pride, into being a fatal flaw. Our reputation for not complaining is a weakness that has been exploited by an ever more arrogant Establishment class.

The Bonfire of the Political Vanities

The simple fact is that the reasons for the appalling mess in which we find ourselves are down to our politicians. The Conservative Parliamentary Party selected a hopeless Remainer as Prime Minister, despite her record of six years of kicking cans down the road as Home Secretary.

Those at the top then chose for negotiations to be conducted secretly by unelected arch-Remain civil servants, to an agenda driven by the pro-Remain Establishment.

And when it became obvious that we were heading for disaster, over one year ago, Conservative MPs failed to react and replace their leader.

Since then the growing confidence of – let’s face it – wholly inadequate and ill-educated MPs, has created a world where they not only think they know better than the people, but they feel invincible too.

No-one wants to live in a society at war with itself. If you agree with this statement then we must fight for peace.

We still have the chance to do this peacefully, but it takes a small effort by each and every one of us.

Brexit Facts4EU.Org continues to talk to other pro-Brexit organisations. Some are caught up in discussing all the Westminster nonsense, and some are simply thinking about their own wannabe careers. Nevertheless some others agree with us that only a mass effort to persuade MPs to draw back from the abyss will do.

To take a Remainer absurdity used to describe a WTO Brexit, MPs are now in serious danger of falling off a cliff. They are currently standing on the edge. It’s our collective job – yours and ours - to make them look down and reconsider.

We will be publishing more on this shortly, with real facts and a positive plan of immediate action. Please check back.

I'm simply astonished that May is still clinging on there. The PM being out of her mind is one thing, but MPs have the responsibility to stop the madness. They should feel ashamed if they don't.

I am thoroughly disgusted with 'over 100 times' May, "the UK is leaving the EU on the 29th March 2019", then 12th April 2019 and now if she gets her way, who knows when or more likely if we leave.
I have said this before I like several of the Conservatives very much, however at the next GE they are as a party toast. No one will vote for her party again for a long time.
The country needs certainty that can only be achieved by her removal from any public office.

Theresa may said she wants to put an end to the uncertainty by asking for a longer extension!
It is now clear that they won't allow no deal at all. They know that delivers a true brexit and that the EU don't want it.
This has all been planned by the remain establishment.
How on earth can she produce such a disastrous withdrawal treaty,and then force a revote on it 3 times,soon probably 4. They are using the remain parliament to vote again and again to the wire to secure no brexit.
The main parties must be finished.
We are heading for madness,and a big shake up.

The worst Prime Minister we've ever had with the worst leader of the opposition we've ever had deciding the UK's future.
What has the electorate done to deserve this?

Labour MP's have three times voted to remain in the EU by rejecting the WA.
Many are having difficulties in reconciling this with the referendum result in their Constituencies.
MP's of all parties in taking over Parliament are attempting to find a consensus for a 'soft brexit' a Customs Union, which is achievable, (going against the referendum).
They are not listening to what Guy Verhofstadt has been saying: “What we expect is that a proposal could reach a majority around the customs union and then we are prepared, on the EU side, to renegotiate the declaration and to include that customs union therein,”
“That new political declaration can then be approved at the European summit on April 10 and then we will give the British the opportunity to formalise it in English legislation by May 22”.
The bone being waved under MPs’ noses by Mr Verhofstadt is the very same dog’s dinner thrice served up by Mrs May.
Brussels will only rework the Political Declaration if MPs back the Withdrawal Agreement they have rejected three times already.

Sydney you are a Remainer Troll.

Deselections need to begin in earnest. The opposition from CCHQ can be overwhelmed and will be as pressure from the grassroots builds.

From Sky News:
"The PM's national unity move comes amid claims that at the Cabinet meeting 14 ministers backed a no-deal Brexit, with 10 against, but she chose to talk to Mr Corbyn instead."

Patrick F, many of the electorate deserve Teresa Moron Maybe/Mayhem and the quasi Marxist Jeremy ‘Albert Steptoe’ Corbyn because they insist upon treating the serious matter of politics on a par with football by choosing their political team on whether they like the colour of Chelsea Blue for the Tories or Liverpool Red for Labour or whether they support the Tories or Labour because their grandad supported them so they must do as well! Quite simply, we have a large MORON vote in this country. Also, this factor would be bad at anytime but when it is combined with the archaic and plainly undemocratic and hideously unrepresentative cr*p system of First Past The Post which guarantees many of the the most cretinous MPs safe seats for life then it should come as no surprise these politicians treat us with utter contempt.
We desperately need a real political overhaul in this country and I suggest we start with dumping FIrst Past The Post and having a PROPORTIONAL REPRESENTATION system instead so that MANY MORE VOTES ACTUALLY COUNT at elections and contribute to the election of MPS and councillors because under the present system far too many SIMPLY DON’T and are thus ‘wasted’. My own vote, as an example, in general elections is completely wasted since I live in the ultra Tory stronghold of Brentwood and Ongar where our new MP has a majority of 24,002 over Labour. Why should a vote because of our use of this rubbish system in this seat be of far less worth in determining the make up of the House of Commons than one cast just ten or so miles away in the ultra marginal Tory seat of Thurrock?

@Steven. Unfortunately while PR seems like a fair system, what results is a plethora of conflicting interests and agendas, where there have to be compromises, loose coalitions and horse trading deals to get anything passed - rather like the nonsense we've had in Westminster over the last couple of weeks.
In Germany Merkle's wobbly coalition deal took months to agree, during which there was effectively no real government.