Over 60% of Germany’s Howitzer guns are not currently operational 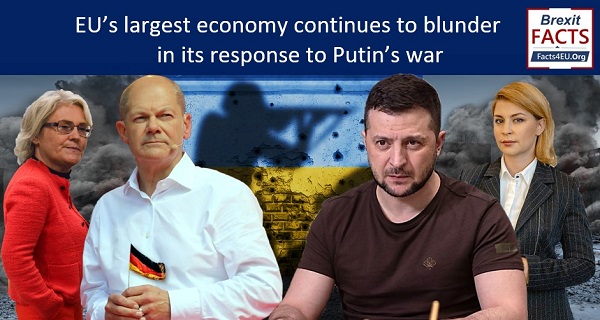 When they work, Germany’s self-propelled heavy artillery pieces are powerful weapons. These ‘Panzerhaubitzen 2000’ cannons are mounted on a tracked vehicle and can fire shells up to a distance of 25 miles.

Germany has over 100 of these units but over 60% are not in service. The seven which German Defence Minister Christine Lambrecht has now promised to Ukraine are amongst those from the currently unusable 60%. Not only will the German army have to train Ukrainian soldiers in their use, but firstly the guns must be repaired and made operational.

German media have reported military sources as saying that these seven guns from the EU’s largest economy will not be sent to Ukraine until the end of June. That is seven weeks of bloody fighting away – a lifetime for Ukraine’s beleaguered forces who are engaged in daily battles with Putin's forces.

Yesterday (06 May 2022) Germany’s Defence Secretary Christine Lambrecht and her Chief of Defence Staff, General Eberhard Zorn, visited Slovakia. When asked at a press conference about Germany’s military aid to Ukraine, she said weapons “will be delivered following maintenance”.

This clearly did not impress the Ukrainians

“We need a lot of weapons right now. Some of the countries have been doing it to tick the box.” 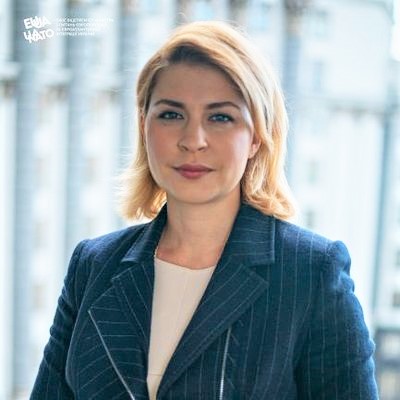 As with Covid vaccines, so with Ukraine – Brexit Britain shows the EU how it should be done

At every step in the Covid crisis, the United Kingdom led the way in Europe. The UK was the first country in the world to launch a mass vaccination programme. It took the lumbering and bureaucratic EU many months to catch up. Whether people agree with vaccinations or not, national governments did and the UK led the way. 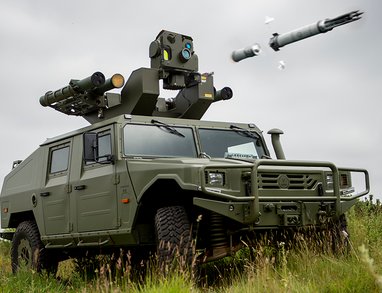 So it has been with Putin’s war on Ukraine.

Brexit Britain started sending missile systems to Ukraine before the war even started, and had been training Ukrainian troops for years. This started after President Putin’s first invasion (of Crimea) in 2014.

Germany’s military assistance to Ukraine has been slow and unimpressive

Meanwhile it has taken the German government weeks to attempt a coherent response. At first it refused permission for countries with German-bought weapons to send them to Ukraine. They are now finally allowing this.

When it came to the prompt UK response, RAF pilots of heavy transport planes even had to fly around German airspace en route to deliver missile systems to President Zellenskyy’s military.

On 28 April 2022 – two months after Putin’s invasion - the Bundestag (German parliament) finally approved the sending of heavy weapons to Ukraine. Now we are starting to learn just how long it might take before some of these weapons will be of any use to the Ukrainian forces fighting overwhelming odds against Putin’s army.

Brexit Britain's military aid to Ukraine - as of 25 April

The Defence function of any government requires strong and experienced leadership

The UK's Defence Secretary is the Rt Hon Ben Wallace MP. Prior to his political career Mr Wallace served in the Scots Guards, rising to the rank of Captain in 8 years.

It must be assumed that he knows a thing or two relevant to his current position.

In Germany, however, the current German Defence Secretary, Ms Lambrecht, is a socialist on the left-wing of her party, with no experience of the military at all. 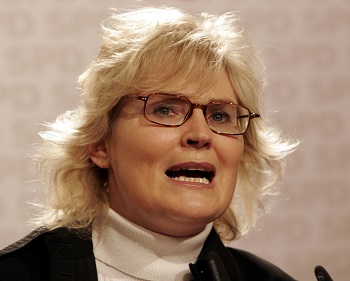 Ms Lambrecht's predecessor was Ursula von der Leyen, considered by the German media to be the least competent minister in Angela Merkel's administration. Ms von der Leyen was then packed off to Brussels in 2019 and shoe-horned into her current position as EU Commission President, unelected by any popular mandate.

Can the EU’s military ambitions ever be taken seriously?

With the EU’s largest economy (by far) seemingly unable to co-ordinate an effective and timely military response to Ukraine’s urgent needs, it has been the United Kingdom and the United States who have stepped up.

Germany continues to lag behind. When weapons are finally promised, we learn that they are either obsolete (as we reported previously) or in need of weeks of ‘maintenance’ before they can be sent.

With the EU embarked on a new impetus to develop its own army, it must be asked if anyone in the world can take this seriously. It is NATO, not the EU, that has kept the peace for 70 years. The EU has a very long way to go before it might ever be taken seriously when it comes to defence.

In the meantime the UK continues to defend Europe (and the EU) with its deployment of troops, weapons, fighter jets, and warships - from the EU’s northern borders down to the Mediterranean.

Who would want to join the EU’s army? Hopefully not the Danes

On 01 June the Danes are going to the polls for an EU referendum. In effect, the Danish government wishes the people to agree to participate in the EU’s ‘Common Security and Defence Policy’.

Given the EU’s lamentable performance over Ukraine, we very much hope that the eurosceptic organisations in Denmark (which Facts4EU.Org together with our friends at CIBUK is helping there) will have sufficient ammunition to fight off this attempt to abolish the Danish veto.

Please help us to counter EU and UK Rejoiner propaganda by making a donation now.

Is their apparent lack of military supplies down to Ursula fondof Lying , I wonder?

Austen Turner You could be right, she was their failed defence minister for a while, screwed that up and then got 'promoted' in time honoured fashion to the EU.

Have You Wondered how Germany would react if Putin decided Russia had Eastern Germany in its empire not so long ago, and now wanted to reclaim that area to de-nazify the land?
.
Kiev to Berlin 748 miles !
Whats the distance between the Russian and german border?
.

It takes at least 3 months training to operate the PzH 2000 howitzer properly: it it very much not fire and forget.

Germany and the EU are scared.
They don't want to poke the Russian bear.
We all know they also rely on Russian fuel.
They will dilly dally and do as little as they can get away with.
They are well versed in procrastination.
What a crazy world we live in.

Until as recently as 2010, we had 20,000 soldiers based in Germany. Hence Germany has only been ‘sovereign’ for not that long and I quite like it their army is a shambles.

Jeez, good luck with that EU army!! I Bet Russia and China are shaking with fear!!!

Anyone not in need of de-programming from conservative propaganda already knows that the UK's drive to arm Ukraine is not kindness. It is guilt.
Guilt for dropping the ball on Europe, the repercussions of which will be felt now & long after.
By using cultural references you understand, this is Brexit in a nutshell :
you threw a tantrum, yelling at your own fans but not before passing the ball to Putin as you walked off.
Ukraine needs to stand or we didn't just drop the ball, we lost Europe the game too. If we had access to the intelligence reports, we'd know if the game was thrown or not.
The point is, if they lose, we all lose. The penny will never drop to many of you. Widespread unity is not a conservative selling point, it's a party oath.
Maybe you still think Putin is an ally or populism has made it popular to be proud like those boys in the US.
People used to be embarrassed to admit they voted Tory once - now it's all the rage... a rage for the machine.
Cases in point: Brexiteer leaders allowed or did not stop Putin meddling in our elections. Then later suppressed the reports. No further action.
Brexiteers often praised Putin until he started the massacre, some continue but less openly.
Until recently, you all backed Le Pen - a staunch Putin supporter & an embezzler of funds.
Why is stealing so popular amongst populist "leaders" & why are their voters enabling this?
Hungary is the Brexiteers poster boy - even though that autocrat idolises Putin.
Many Brexiteers piously await for Trump's Messianic re-run at Make The World Unstable Again.
Trump is still adulating Putin to this day. But Brexiteers are quick to remind everyone how good we are for donating arms against Putin.
It's hard to tell what exactly is going on here, if you're clueless - but every one of the aforementioned people or groups are far from Left & events
have not been co-incidental. As a Finnish MP recently said "Only in Brexit La La Land".