Anyone want a Euro? Almost none of the seven non-Euro EU members seem to 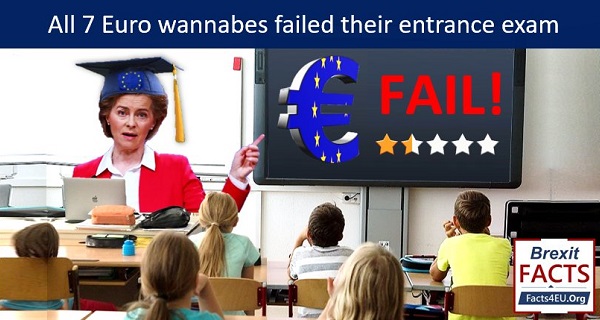 Most candidate countries received marks of 40% or less, one of the seven got 0%

On Saturday the EU's finance ministers convened in Brdo, Slovenia, for one of their regular meetings. Present were those representing the 19 EU countries which use the Euro as their currency, and the seven EU countries which are supposed to, but do not. (Denmark was also there, but they have a euro opt-out.)

Once again it seems that none of them could agree on EU-wide policies to tackle the EU27's growing debt and deficit problems, nor to come any closer to full monetary and fiscal union for the empire.

Indeed the EU Executive Vice-President's official closing statement was so short that the EU Commission press office was forced to use double line spacing, to make the statement look longer than it actually was. 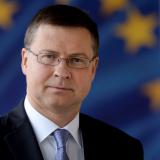 Valdis Dombrovskis is an EU Commissioner. He is also EU Executive Vice-President for ‘an Economy that Works for People’. In his post-conference statement on Saturday he said:

“All EU countries will return to their 2019 GDP levels this year or next. And the economic differences between them were not as great as initially thought.”

22 years after the EU's common currency was launched, it still isn't common

The Euro was launched on 01 January 1999, although euro coins and banknotes did not enter into circulation for another three years. 19 EU countries joined. A further seven of the EU's member countries are legally required to join the euro, but show no signs of doing so.

Facts4EU.Org has analysed the EU Commission's "2020 Euro Convergence Report" in which it provides its two-yearly assessment of the progress non-euro area Member States have made towards adopting the euro. Sweden and all other non-euro EU member states failed their latest exam.

The EU's report does NOT start well for the EU. It’s opening sentence is:
“The euro is MEANT to be the single currency of the European Union as a whole.”
(Our emphasis)

The report covers the seven non-euro area Member States which are legally committed to adopting the euro: Bulgaria, Czech Republic, Croatia, Hungary, Poland, Romania and Sweden. The Maastricht Treaty of 1992 gave euro opt-outs to the United Kingdom and to Denmark.

The EU’s report is based on the convergence criteria, sometimes referred to as the ‘Maastricht criteria', set out in article 140(1) of the Treaty on the Functioning of the European Union. The criteria include price stability, sound public finances, exchange rate stability and convergence in long-term interest rates. The compatibility of national legislation with the rules of the Economic and Monetary Union is also tested.

The EU Commission put a brave face on the results

The EU Commission was also forced to admit that in addition to the main criteria, some of the countries :

Euro's next victim is likely to be Croatia

The next most likely country to join the euro currency is Croatia. On Friday last week the EU signed a 'Memorandum of Understanding' which allows Croatia to start test-minting euro coins. The earliest that Croatia could join is 01 Jan 2023 and this would only happen if it meets all of the criteria.

"The Commission continues to support Croatia in its efforts to join the euro area, from which it stands to benefit greatly. However, before it can adopt Europe's single currency, Croatia must first meet all Maastricht criteria and continue to make progress on technical preparations.” 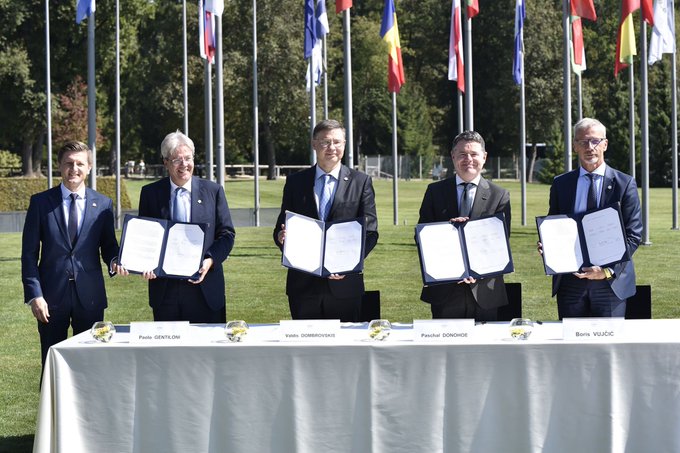 To put Croatia into context for British readers:

The simple fact is that there isn’t the remotest chance of another EU Member State joining the euro before the next convergence report comes out in June 2022. Indeed many would say that privately some governments of candidate countries are perfectly happy about this.

The very slow death of the euro…?

In recent years the poor health of the euro has been such that its demise has been predicted with increasing regularity in the financial pages of the broadsheets. Perhaps ironically, Brexit Facts4EU.Org has never predicted the demise of the euro, despite all the economic indicators.

Our view has always been that the euro was in effect a giant macroeconomic exercise perpetrated on the peoples of the EU by extreme EU-federalists in pursuit of a purely political and ideological goal. That goal is of course the unification of all EU countries into one ganglious superstate.

The last country to join the euro was the economic powerhouse of Lithuania. This was agreed between Lithuania and the EU back in 2014, seven years ago. Lithuania’s economy is 1/53rd of the size of the UK economy. It’s GDP is 0.4% of the whole Eurozone economy.

Must have been a load off for the EU’s bankers, when Lithuania joined the euro....

[ Sources: EU Commission 2020 Euro Convergence Report | Treaty on the Functioning of the European Union | EU Commission Press Office | ‘European’ Central Bank (ECB) ] Politicians and journalists can contact us for details, as ever.

I came here to see if you had listed any benefits at all of Brexit so far. Nothing.
Instead, we have food shortages, tax hikes, corruption like a third world country & inflation -
& yet you're going on about the Euro.

Cranky wants it for Scotland.

nod, your expert opinion was based on reading how many articles exactly? Half-a-one? Keep going, there's a bit to go.

The euro was and is a mad project. In harmonisation often lies stagnation. Ever closer union / total integration and empire is the goal and presumably that could not be achieved without fiscal union and mutualisation of debt which has been fiercely rejected by some EU member states in the past. (1) nod - Brexit Index anyone !? (3) Roger - I think I heard commentary a few days back where the pound is still .. ahem.. preferred !

Sorry - Last comment re UK pound was response to (2) Barry.

Would be interesting to see what scores the 19 members would each get (where possible as exchange rate stability couldn't be measured for instance). I bet half at least would fail