Sex and the EU City? It all depends where you live in the divided EU

Facts4EU.Org reveals the sex schism now scything through the myth of EU ‘solidarity’

When it comes to sexual identity and sexual preferences, if you are Swedish or Dutch you think pretty much anything goes. If you are from a country like Bulgaria, Hungary, Lithuania, or Poland, however, you are more likely to think sex between a man and a woman should be the norm.

These are the results of a little-known, large-scale, official EU-wide ‘Barometer’ of sexual opinions which was published in September 2019, shortly before the United Kingdom left the EU.

Ahead of our analysis of the massive schism now developing between the ‘liberal’ western member states of the EU and their ‘conservative’ partners to the East, Facts4EU.Org looks at what the EU’s citizens think about the whole sex debate.

The EU’s questions on sexual matters reflected its preferred positions

As usual with EU ‘Barometers’, there are hundreds of questions and many optional answers for each. To summarise the results we have looked at some major questions about sexual attitudes and have asked “How many EU countries have a majority against the proposition being put?”

In each case, people had to respond to a statement which put the EU Commission’s preferred position. For example: “There is nothing wrong in a sexual relationship between two persons of the same sex.” The respondents were asked to what extent they agreed or disagreed. We then excluded the Don’t Knows and below we show the statements and the number of countries where the majority of citizens disagreed. 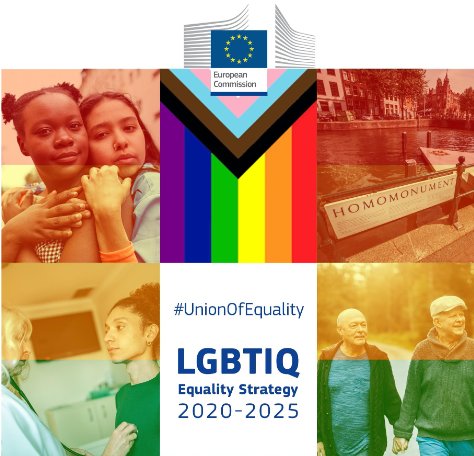 The divide in sexual attitudes between West and East EU is stark
EU Barometer, Sept 2019

No. of EU countries with a majority against the proposition, excluding Don’t Knows

2. There is nothing wrong in a sexual relationship between two persons of the same sex

3. Same sex marriages should be allowed throughout Europe

4. Do you think that transgender or transsexual persons should be able to change their civil documents to match their inner gender identity?

5. Do you believe that in public documents, like passports and birth certificates, a third option like X or O (other) should be available for those persons who do not identify as female or male?

6. How comfortable you would feel with two men showing affection in public (e.g. kissing or holding hands)?

7. How comfortable you would feel if one of your children was in a same sex relationship?

On 12 Nov 2020 the EU Commission under its new German President Ursula von der Leyen set out its 2020-2025 equality strategy for people who are ‘LGBTIQ’. This acronym encompasses ‘Lesbian, Gay, Bisexual, Transgender, Non-binary, Intersex, and Queer’.

To the best of our knowledge the Commission’s strategy was not agreed by its member countries, but was decided upon in Brussels. Here is how they described it:-

“With this first-ever LGBTIQ equality strategy, the Commission addresses the inequalities and challenges affecting LGBTIQ people, in order to move towards a Union of Equality. It pays particular attention to the diversity of LGBTIQ people’s needs and to the most vulnerable, including those experiencing intersectional discrimination and trans, non-binary and intersex people, who are among the least accepted groups in society and generally experience more discrimination and violence than others in the LGBTIQ communities. Discrimination is often multidimensional and only an intersectional approach can pave the way to sustainable and respectful changes in society.”

Firstly, and for the avoidance of doubt, Facts4EU.Org does not comment on gender-related and sexual orientation issues. Our report above simply presents summarised results from the EU Commission's own survey.

The EU Commission’s increasingly autocratic style under its German President Ursula von der Leyen is causing ever-growing problems in her ‘EU of solidarity’. The fractures are deepening almost by the day. Facts4EU.Org will be looking at the Commission’s latest moves against some of its member countries in a further article.

Before this, readers may wish to be aware of some of the background which is under-reported in most of the UK media. Specifically in our report above we have looked at one aspect of the ‘liberal’ agenda being pursued ruthlessly by the German-led Commission – and have contrasted this with real people’s opinions across the EU about sexual attitudes and preferences. This is particularly relevant to the Commission’s latest moves against Hungary, for example.

It is clear from reading the Commission’s self-generated strategy paper that the Commission sees itself as having the right to lead and direct public opinion on what are in effect questions of morality, as well as questions about discrimination.

If the Commission consisted of leaders elected by a common mandate as with national governments, then such leadership can be very worthwhile. This is not the case with the Commission, however. These people are appointees, rubber-stamped into their positions by fixed ‘elections’ in the EU Parliament where MEPs have only one candidate for each position to vote for.

We would suggest that Commissioners have no more right to try to dictate the direction of policy on matters around sexual politics as you or we do.

The demoralisation of western countries is well on the way. The originally good ideas have been pushed to extremes. The indoctrinated and confused generation is already grown up and active in political life and busy killing off the remains of common sense, basic principles of societies, traditional values and personal relationships. These brainwashed activists are willing victims of the socialist/communist propaganda's increasing madness.

This persistent quest for more & more powers and political control on social issues, the one size must fit all ideology, basically dictating what, questionably sovereign states are to think and accept whether it be accepted or not, I find truly disturbing and is only increasingly causing rebellion and ill feeling towards the EU’s ill conceived ‘unity’ in all things. That, and the diktat that ultimate law lies only in Luxembourg. There is so much else the EU needs to address including a long hard look at itself.