EU’s £1.1 TRILLION pound bonanza it's been reaping from ‘Treasure Island’

Exactly who is benefiting from the UK-EU ‘trade deal’, and why weren’t services included? 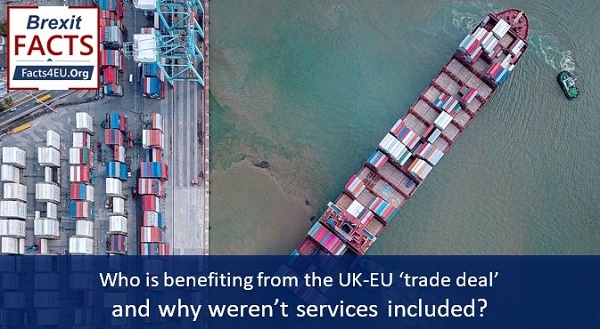 For nine months last year, the much-vaunted trade deal between the UK and the EU was a hot topic. Due to the legacy of the Remainer government of Theresa May, her Remainer negotiating team of civil servants, and the burning desire of the EU to punish the British people for voting to leave its club, the resultant ‘trade deal’ has left a gaping hole where 80% of the UK economy lies – in services.

Facts4EU.Org has reviewed the latest data from the Office for National Statistics on the volumes of trade in goods and services between the UK and the EU.

By its own admission, the EU’s Single Market has never functioned for services. It has stated this in many ways over several years and it is a fact that is not contested. When it comes to a trading arrangement between the EU and its second-largest trading partner (the UK), it seems extraordinary that services were excluded almost completely. 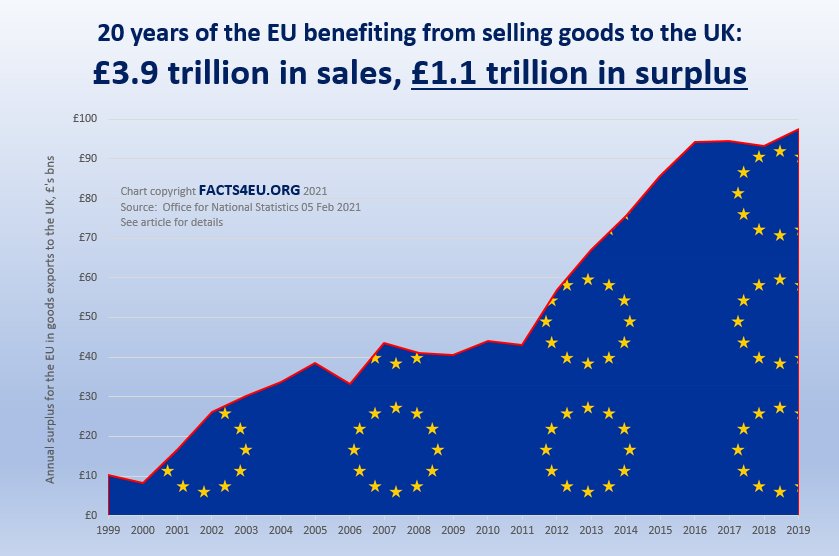 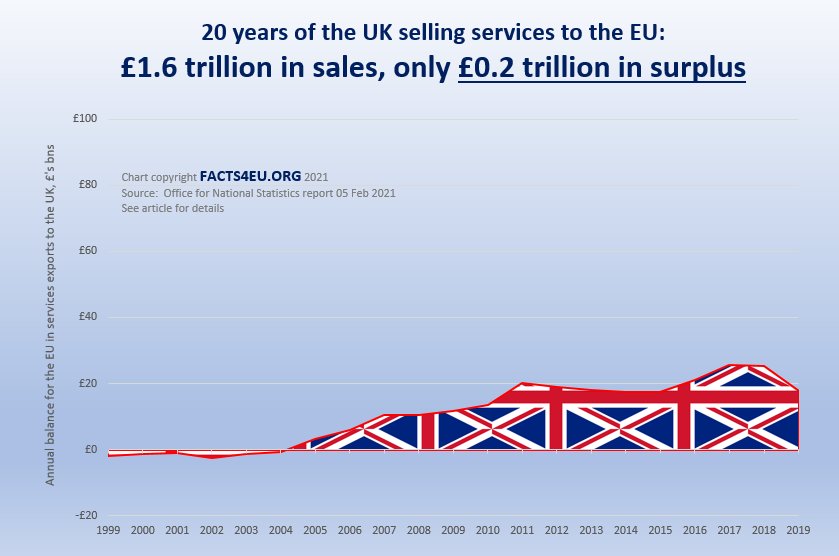 Source: Latest figures from the Office for National Statistics

How did this goods-only trade deal get approved by Parliament?

On 24 December 2020, with the whole country focused on dealing with a closed-down Covid Christmas, Prime Minister Boris Johnson and the EU announced that they had struck a trade deal. It wasn’t until Boxing Day that the text of the deal was released. Unsurprisingly this received fairly scant attention while the nation was tucking into its turkey leftovers.

The draft Bill was eventually published by the UK Government on 29 December 2020, 19 hours before MPs were expected to vote on it. Astonishingly, instead of refusing on principle to participate in this unholy rush, MPs duly filed through the lobbies on 30 December 2020 and this complex, 163-page (including explanatory notes) European Union Future Relationship international treaty was ratified.

Meanwhile, across the channel in Brussels, members of the EU Parliament are continuing to study the treaty at their leisure. Only the UK has ratified it and to this day it remains un-ratified by the EU.

The EU has kept hold of its ‘Treasure Island’

The EU wanted to secure its ‘Treasure Island’ as a permanent customer, because of the almost £100bn per annum surplus it enjoys in the goods trade with the UK.

When it comes to services, however, where the UK has a small surplus despite the EU’s complete incompetence in creating a Single Market in this important arena, the EU simply refused to negotiate.

As a result, the EU got to retain its massive trade surplus in goods with the UK, whilst at the same time putting up barriers to UK firms including those in the all-important UK City and financial sector who wish to continue offering services into the EU.

"Britain has left the EU’s walled garden, and is free to make its way in the wider world, setting its own rules.... If the EU is turning inwards, Britain needs to raise its eyes.

"Happily, there is now a voice for those in the industry who want to make use of our new freedoms: CityUnited Project, which is run by the former CEO of Liffe, Daniel Hodson, and to which I am an adviser. Its aim is to structure regulations and taxes in such a way as to maintain Britain’s dominant position.

"How? First, by dismantling those EU rules which were opposed by the industry when they were brought in, even if, having now assimilated the compliance costs, some established actors have lost interest in repeal. We need to think of future businesses as well as existing ones. We should undo the parts of the EU’s MiFID 2 and Solvency 2 regimes that we opposed at the time, and scrap the Alternative Investment Fund Managers Directive and the short-selling ban. 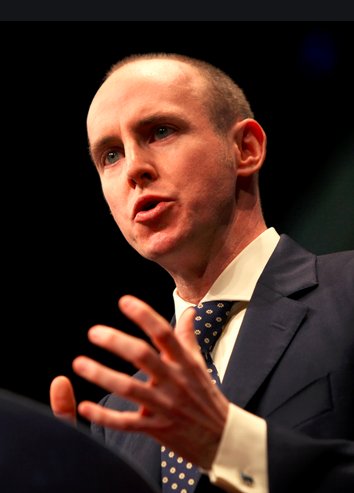 - Lord Hannan, Sunday Telegraph 21 Feb 2021. He serves on the UK Board of Trade and is a Vice-Chairman of the Conservative Party responsible for its international relations.

“The reason for the absence of a deal on services is entirely the EU’s fault due to their position in exploiting the political and volatile nature of ‘equivalence’, which, as the BoE Governor has said, is intolerable.

“One day we may be able to do such a deal but only when the EU comes to realise the importance of the City/UK financial services for its (and particularly the Euro’s) stability and economic growth.”

Sir Keir took the knee to the deal

With the Government’s insistence on instant gratification, we even saw the bizarre spectacle of Sir Keir Starmer, leader of Her Majesty’s loyal opposition and a QC to boot, announcing that Labour would vote for the treaty that is the subject of the concerns expressed by Lord Hannan and Professor Hodson. And Sir Keir did so 48 hours before he had even seen a copy of it.

On Christmas Eve, two days before the ‘Trade and Cooperation Agreement’ was officially published, and almost a week before the draft Bill was published, the leader of Her Majesty’s loyal opposition, the Rt Hon Sir Keir Starmer MP announced that:

“Labour accepts this deal and we will vote for it.” 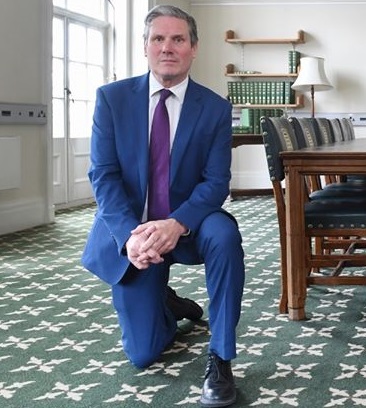 The gross imbalance in the trading relationship between the EU and the UK has been evident for a long time, as can be seen by our charts above.

For this now to be entrenched in an international treaty – one which the EU has yet to ratify despite the UK having done so almost eight weeks ago – is an untenable position, in our view. It seems quite extraordinary that the EU were allowed to get away with excluding services from the UK-EU 'Trade and Cooperation Agreement', but that is what happened.

There is therefore now the question of the approach the UK should take, given that the EU seems to think it can live in its 'walled garden'. If the EU wishes to be protectionist and inward-looking, the hugely innovative City and the financial services sector in the UK must now embrace the exciting opportunities that lie ahead with the rest of the world.

Members of the Facts4EU.Org team continue to work to lobby Parliament and the Government to rectify this situation. We are most grateful to readers who have donated since the start of the year, but we badly need more readers to do the same if we are to continue researching facts, scrutinising, publishing, and lobbying MPs. Quick, secure, and confidential donation links are below this article, or you can use our Donations page here. If you have never donated before, please, please, keep us going with a donation now. Thank you so much.

[ Sources: Office for National Statistics | Professor Daniel Hodson | The Sunday Telegraph ] Politicians and journalists can contact us for details, as ever.

If the EU's behaviour since the UK signed "the deal" is anything to go by, it's probably a good thing services aren't included. The EU seems to be doing everything it can, to put up barriers to UK exports, including internal trade GB-NI. Time to void the WA and the TCA.

Confirming what most of us thought and needs to be put right.

We should retaliate. Currently, the EU provides services for UK Local Authorities : a big part of their economy comes from bidding for contracts, worth to them £ Billions a year. Suggest our Government tells the EU Commission that they are now ineligible for bidding for UK Local Authority contracts. An added bonus for us would be UK firms getting this business. Time to get tough. And, what's more, the EU Commission Members 'are NOT our friends'. Boris needs to remember that.

Hang on - a while back you were saying that the UK should not negotiate a deal in goods because we operate a trade deficit in them. But now you're saying the EU is dastardly for not negotiating a deal in services where they have a deficit.
Basically you're saying if the EU doesn't bend over at every negotiation they're somehow evil. I think you need to understand the concept of negotiation, and the fact that the stronger party (ie them) tends to get what they want at the expense of the weaker party (is us).
Welcome to reality.

A date for your diaries, for those of you who support Buy British. On Tuesday 9th March 21 it's MADE IN UK DAY. Buy an item, or items, on line that day from their web site and we can show the EU that they can get stuffed. We are not going to buy their goods when we can support our own workers and manufacturing. So, let's make it a day to remember!