‘We won’t give in to the British,’ says French Europe Minister live on air,
after her boss’ day with Boris & Prince Charles 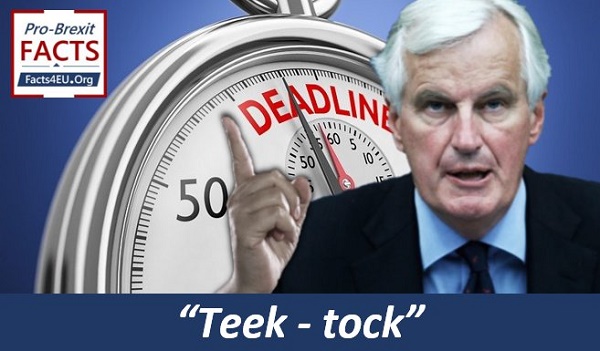 Brexit Facts4EU.Org reports on what the French government really thinks

Yesterday, on the morning after French President Emmanuel Macron was in London being given a Royal welcome by Prince Charles and a Prime Ministerial welcome by Boris Johnson, President Macron’s Secretary of State for European Affairs was attacking the British live on French radio.

On Friday, just after her boss had spent a day enjoying British hospitality, France’s European Minister, Amélie de Montchalin, launched another assault on the British over Brexit.

Speaking in a live interview on France’s “Europe 1” radio station she accused the UK of exerting time pressure and expecting the EU to yield to it. She also implied that the UK would not survive a second Coronavirus wave without being under the protection of the EU.

Excerpts from interview with France’s Secretary of State for European Affairs, 19 June 2020 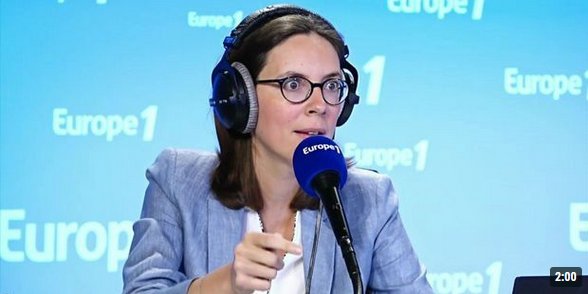 The French media led with Mme de Montchalin’s comments about the UK side putting the EU under time pressure, and saying that the French would not submit.

In the last four years the British people have endured a blitz from Mme de Montchalin’s fellow countryman Michel Barnier – as well as from various EU Commission, EU Council, and EU Parliament officials - putting pressure on the UK about the time left to agree the details of the UK’s withdrawal and future trading relationship.

Broadly, the French equivalent of the United Kingdom’s Foreign and Commonwealth Office is the ‘Ministère de l'Europe et des Affaires étrangères’. Being a europhile government, France has an equivalent of Dominic Raab (UK Foreign Secretary) in Yves Le Drian, and a Secretary of State for European Affairs in Amélie de Montchalin, who has just three years of French parliamentary experience.

Following some Brexit Facts4EU.Org research we can reveal that France’s new Secretary of State for European Affairs has form.

In January, France’s official government ‘Foreign Office’ website, for which Mme de Montchalin has responsibility, published another interview with her. This has been on their website for five months, so it cannot be considered to be an error.

In this interview – on the official French government diplomatic website – the British Prime Minister Boris Johnson is accused of blackmail. Below is part of this exchange:-

Q. – “Your issue of the moment is, of course, Brexit, which becomes reality on Friday, although a year-long transition period is beginning. You now need to negotiate, at European level, a trade agreement with the UK. But the British Prime Minister, Boris Johnson, seems to be using blackmail…. How do you talk to such a partner?”

And what was the French Secretary of State’s response?

“…I personally won’t be engaging in blackmail…”

Q. – “And you won’t give in to Boris Johnson’s blackmail?”

THE MINISTER – “No, I think this is a period chosen by the British; they chose to leave the European Union politically.”

NOTE: This interview was approved for publication by the French foreign ministry, as well as the French Embassy in London.

One is almost tempted to start these observations with the words: “Only the French could…” That would be unfair, however. Over the years we have found many similar insults from the EU Commission, EU Council, and EU Parliament.

It is somewhat astonishing, however, for France’s Secretary of State - Macron’s Europe Minister – to attack the British only hours after he was enjoying British hospitality in London, courtesy of Boris Johnson and HRH The Prince of Wales. President Macron’s popularity is extremely low in France right now so he needed a PR boost, which he got.

Mme de Montchalin was appointed in April last year, after the previous incumbent of her role, Nathalie Loiseau, was given the bird by President Emmanuel Macron. (A little amusement for our French-speaking readers.)

Perhaps we should admire the sheer gall (yes, we know) of a senior French minister complaining that the UK is doing something for which the EU’s French Chief Negotiator has been guilty of for years.

This article is original and unique. If we stopped, who would write things like this? Would the BBC, Sky, or ITN cover it? We don’t think so.

If you support freedom of speech and a fully-free and independent United Kingdom, please step up today and send us a donation – no matter how small. We rely 100% on ordinary readers like you. Unlike the Remain side we do not have billionaires supporting us. Quick and secure donation methods are below. You will receive a warm ‘thank you’ email from a member of our team.

What?! The UK “ will not have access to the safety net that is Europe, nor to the recovery plan”? Oh no, now that's scary!
(Would the recovery plan by any chance have involved the UK paying in large sums of money as usual?)

Perhaps our returning fishermen will be given the redundant French fishing fleet as a gesture of no ill feeling? After all, the then Common Market officials in the early 1970s ensured the end to our fishing industry by purchasing (cheaply, no doubt) then burning ours. What goes around, comes around.

I found it strange that Président Micron visited London on the 18th of June which was the 105th anniversary of his hero's defeat at Waterloo. He must have forgot ???

Portugal has asked for a summer 'air corridor' with U.K. To welcome British holidaymakers, the EU will further break up if we selectively open corridors with only some EU countries. It would help establish the principle of direct agreements between member states and the UK - happy days are here again !

Truly doesn't surprise me.Macron is an oily two faced little weasel who will smile in your face whilst stabbing you in the back. Wouldn't trust the little toad as far as I could throw him! If he forces a no deal he'll lose everything he's trying so hard to hang onto. Keep it up Macron we'll walk without a deal and you'll be buying your fish from us but we'll be buying Australian wine and somebody else's cheese and cars!

Britain will be leaving the EU with all its assets in tact or it will end in no deal and WTO rules which has always been the best position for Britain as it end any blackmail by the EU and we wont be paying a divorce bill either! The parties over Barnier and free fishing and free money will end !

Odd use of phrase when we are only asking for terms already granted to others. Was France “giving in” when it agreed to the Canada/Japan deals?

They generally capitulate, it’s in their dna