A classic example of EU fake news and propaganda 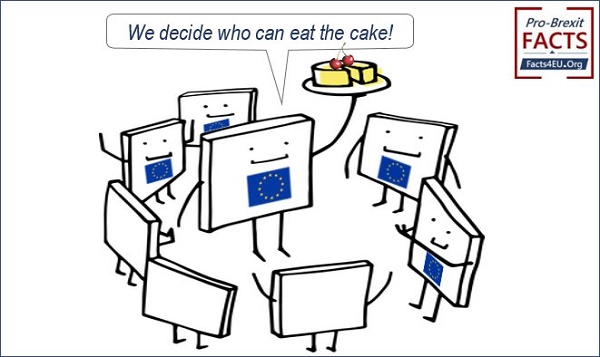 On Tuesday the new German President of the EU Commission, Ursula von der Leyen, addressed the EU Parliament during its once-a-month, highly-expensive relocation to Strasbourg. Her subject was “the Commission's proposal for a mandate for the negotiation of a new partnership with the United Kingdom”.

In her speech, Frau von der Leyen faintly mocked the British Prime Minister, Boris Johnson, for having spoken about the possibility of doing business with the EU on the Australian model if the EU won’t do a sensible trade deal. In doing so she exposed a typical example of the EU’s own propaganda model.

“And honestly, I was a little bit surprised to hear the Prime Minister of the United Kingdom speak about the Australian model. Australia, without any doubt, is a strong and a like-minded partner. But the European Union does not have a trade agreement with Australia. We are currently trading on WTO terms.”

The Prime Minister did not in fact say that the EU has a trade deal with Australia. Here is what he actually said:

“The question is whether we agree a trading relationship with the EU comparable to Canada’s – or more like Australia’s.”

Readers will note that the PM referred to a trading relationship, not a trade agreement.

Readers will note the clear implication that the EU already has a form of trade deal with Australia. (It doesn’t.)

The EU’s lies did not stop there

Frau von der Leyen ended her speech on what she probably felt was a positive note.

“Thank you very much for your attention. I just wanted to inform you that the Task Force is ready to start the negotiations. We are all set.”

For the record, the EU is NOT ready to start trade negotiations with the UK. The unelected bureaucrats of the EU Commission have only just issued their proposals for the objectives of the negotiations. These have to be approved by the EU Parliament and – crucially – by the EU Council. The 'Task Force' is not ready until it has approval, and it does not have that approval.

The UK Government is ready. The EU is not.

Why did we even bother to research and publish this article?

We did it because this is so typical of the insidious, soul-destroying, daily diet of EU misinformation and propaganda which our team wades through each week.

On the one hand we have the new German EU Commission President (unelected by any popular mandate) mocking the United Kingdom’s Prime Minister (elected to the United Kingdom Parliament). And in doing so she had to mis-represent what Boris Johnson actually said.

On the other hand we have the EU Commission’s own website, which clearly implies there is already a trade deal of sorts between the EU and Australia.

We suggest this is yet another clear example of the EU’s duplicitous use of basic facts. In Strasbourg, where Frau von der Leyen was making her speech to the EU Parliament on Tuesday, they might describe this as “avoir le beurre et l'argent du beurre” [trans: “to have the butter and the money from selling it too”].

In English we would simply describe this as the EU trying to have its cake and eat it.

Almost four years on, and the EU still isn’t ready

We predicted many weeks ago that the EU would not be ready to sit down and start negotiating a trading arrangement until the beginning of March. We stand by that prediction.

Four years ago (and many times since) we predicted that the EU would never agree a normal, sensible free trade deal with the UK. We stand by that prediction too.

We genuinely hope that the PM has some people in his negotiating team who understand the mentality of the people they will be dealing with. If they are expecting logic, reason, and accountability, they will be sorely disappointed. We stand ready, as ever, to advise HMG’s negotiating team on matters such as these.

Our next article provides the details of what the EU Commission and the EU Parliament wants from the UK. Whilst their list of wants will be amended by the EU Council, this article gives a foretaste of the kind of nonsense we cvan all expect from the EU this year.

[ Sources: EU Commission | No.10 Downing St ] Politicians and journalists can contact us for details, as ever.

My only hope is that the UK leave on WTO, no other leave means anything good. Just like Switzerland I hope votes to leave the stupidity of Schengen.