“Boris and Jeremy, how would you define a true Brexit?” 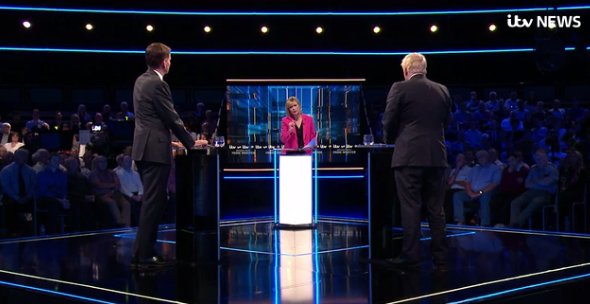 A Brexit Facts4EU.Org view on the meaning of Brexit

The defining issue for the country continues to be the delivery of Brexit, and yet in last night’s Tory leadership debate neither candidate was asked to define what they were talking about.

The country has endured almost three years of a Prime Minister who has stood at the dispatch box in the House of Commons and lied repeatedly, claiming that her strategy and then her Withdrawal Agreement would deliver Brexit.

Brexit Facts4EU.Org continually argued that Theresa May never had any intention of delivering Brexit, and we have been equally clear that her ‘Withdrawal Agreement’ is nothing more than an EU-drafted surrender treaty, prepared with the full complicity of May’s pro-Remain civil servants.

So what does Brexit “mean”?

From time to time over the past few years we have reminded politicians what Brexit means in the minds of most Leave voters, and what we felt was needed - in broad terms - to achieve it. Just before the fateful Chequers meeting a year ago we reminded the Prime Minister again. Here is what we wrote then:-

1. All ministers must now openly back Brexit, whichever way they voted

2. They must embody a confident and positive vision of a post-Brexit Britain

4. The UK has red lines based on the simple fact that the people voted to leave

5. This means exiting all EU structures and controls

6. These will NOT be replaced with anything that has broadly the same effect as being a Member State

7. Specifically, there will be :

8. UK will act as an independent country in all respects

10. EU to be offered continued reciprocal access to UK security and intelligence

So what do Boris and Jeremy think Brexit “means”?

We are pretty sure that both Boris and Jeremy Hunt know what Brexit really is. We are equally sure that neither of them would come close to adopting our no-nonsense outline above.

Instead, the victorious candidate will fudge again. Boris still sometimes talks as if the removal of the ‘Backstop’ provision in the Withdrawal Agreement would make this surrender treaty acceptable. It would not. That document is wrong on so many levels and needs to be torn up. It cannot be the basis for some revised 'deal', even if the EU allowed it to be renegotiated.

Tomorrow we will remind Boris why this is.

And what about the Brexit Party?

In the meantime we asked the Brexit Party for their view of our summary of what Brexit means. Here is what one Brexit Party MEP told us:-

“The Brexit Facts4EU.org summary of what constitutes a genuine Brexit makes eminent sense and should be endorsed by anyone that genuinely wants the UK to leave the EU.

“As a fully independent country we must be outside the jurisdiction of the ECJ, and outside the Customs Union, Single Market, Common Fisheries Policy, and Common Agricultural Policy. We must have control of our own borders, taxes, defence and laws so we can set our own domestic, foreign and trade policies.

“That's what normal countries do – how can anyone object to that?” 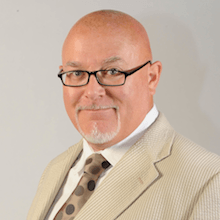 A year ago, prior to the disastrous Chequers meeting, we offered the Prime Minister some further advice :-

“People will follow a leader who is strong and who has a clear plan. The people will get behind you if you do this. An increasing number of MPs will too.

“If you don’t follow this advice you risk a very poor outcome for the country. All your other policies and any achievements will fade into the background. And you will fall.

“Brexit is the most defining moment for the United Kingdom in generations. Don’t let it become your damning epitaph.”

[ Sources: Own files ] Politicians and journalists can contact us for details, as ever.

Keir Starmmer was feeling very pleased with himself this morning on Sky news: Labour have achieved 'clarity' over their position on Brexit. They are now the party of Remain.
I look forward to Labour explaining, in CLEAR terms the costs and benefits of of the UK remaining in the EU.
What is clear is the Labour party's two fingers to the referendum, leave voters in their own party, the country at large and to democracy itself.
On behalf of the Brexit Party, thanks for the extra votes.

The odious Keir Starmer and Labour obviously have a 'death wish'.
Tomorrow when you remind Boris why the heinous WA will NEVER BE ACCEPTABLE in any form whatsoever, I will send the article to him also, by recorded delivery!

To earn your spurs, you have to earn it. It is not a God-given right. The Tory Party has lost our trust. We cannot trust any Conservative, including Boris Johnson, until he delivers a clean Brexit. We know who to vote for in the next General Election if the Referendum result has not been delivered. By, by Tory Party.

For the Labour Party to be the 'party of remain' and to hold another referendum on leave or remain they would have to win a General Election and legislate for it.. For it to be a confirmatory referendum Parliament would have had to vote the WA through, as the only agreement on offer.
In the meantime Parliament goes into recess on 25th July until 3rd September, with Theresa May stepping down as prime minister and handing over to her successor on the afternoon of Wednesday 24 July.
Come 31st October exit from the EU without an agreement is the default position.
Parliament cannot force the EU Council to grant a third extension and the following stipulations are in force
On 10 April 2019, the European Council agreed to a further extension to allow for the ratification of the Withdrawal Agreement by both Parties. Such an extension should last as long as necessary and, in any event, no longer than 31 October 2019.
This extension excludes any re-opening of the Withdrawal Agreement. Any unilateral commitment, statement or other act by the United Kingdom should be compatible with the letter and the spirit of the Withdrawal Agreement, and must not hamper its implementation. Such an extension cannot be used to start negotiations on the future relationship.
That makes it very clear the only choice for progress is to LEAVE and become 'a third Country' in EU parlance.

The EU have been absolutely and consistently adamant that they will NOT discuss a trade deal until the UK have left the EU.
Therefore the only way to start discussions (if actually needed!) is to leave - which is what the country voted for, our parliament voted for, is enshrined in UK law and is what the EU have stated they require to start talks.
For those remainers and MPs who say 'no-one voted for a no deal' may I point out that no-one voted for a 'deal' either, as indeed, no-one voted for the EU or the unelected commissioners or unelected presidents or Army, Air Force or Navy the unelected are foisting on.
It is now quite obvious that should we remain we will be much poorer and will be looking at years of genuine and severe 'austerity' as, thanks to successive inept EU loving governments and the UK 'establishment', the UK will be liable for eurozone debts in the region of 394 BILLION Euro. This is real and exactly what remainers are genuinely trying to force on us!
What the hell is the problem?
THE SO CALLED 'NO DEAL' IS QUITE CLEARLY THE ONLY DEAL!!

What I don't understand is why they keep going on about "taking no-deal off the table". And "parliament will not vote for a no-deal Brexit".
Whereas, unless something happens to stop it, we will leave on 31 October. If there is no "deal" agreed by then, nor a further extension, we will indeed have a no-deal Brexit.
Parliament does not have to vote for this. Voting against it will not stop it, unless that vote is to withdraw article 50.
Neither candidate seemed to understand this?

To kzb:
"taking no-deal off the table" and "parliament will not vote for a no-deal Brexit" are really just ruses to stop Brexit completely.
When a Remainer says that No Deal is unacceptable, they really mean Brexit (and by implication, democracy) is unacceptable.
The danger is that Grieve, Hammond, and the other bastards manage to pass a Bill which forces the PM to apply for yet another extension. This is why prorogation is so important.